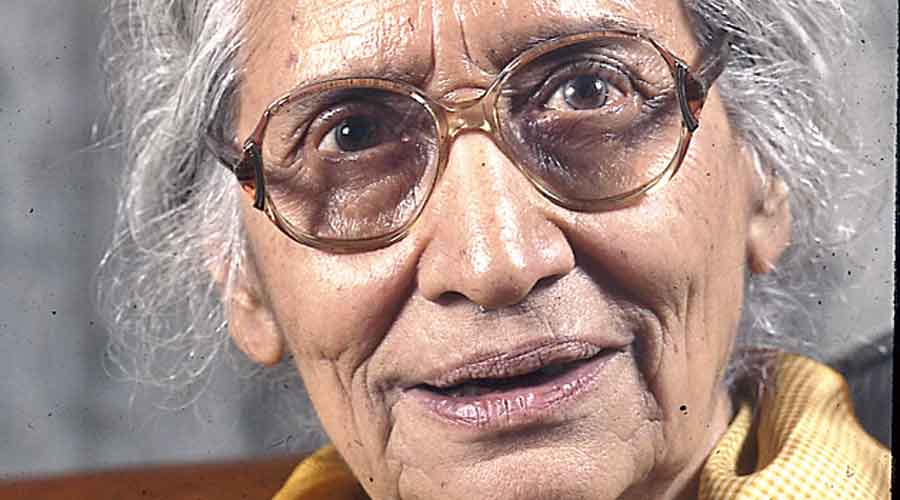 Scholar, author and connoisseur of the arts Kapila Vatsyayan died at her Delhi home on Wednesday. She was 92.

“She passed away at 9am today at her home in Gulmohar Enclave,” Kanwal Ali, secretary of the India International Centre where she was a lifetime trustee, told PTI.

Vatsyayan, who was awarded the Padma Vibhushan in 2011, was the founding director of the Indira Gandhi National Centre for the Arts. A former nominated member of the Rajya Sabha, she was also chairperson of the Asia Project at the IIC.

The renowned scholar of art history, architecture and Indian classical dance was born in New Delhi in 1928 and did her Master's in English literature from Delhi University and in education from the University of Michigan in the US.

Vatsyayan, the younger sister of poet and critic Keshav Malik, is survived by her younger brother Subhash Malik. She married legendary Hindi litterateur Sachchidananda Vatsyayan ‘Agyeya' in 1956, and continued with her married name even after their separation in 1969.

The final rites were held at the Lodhi Cremation Ground on Wednesday afternoon.

She authored nearly 20 books on different forms of art and their histories in her long career.

Her notable works include The Square and the Circle of Indian Arts (1997), Bharata: The Natya Sastra (2006), Dance in Indian Painting (2004), Classical Indian Dance in Literature and the Arts (2007), and Transmissions and Transformations: Learning Through the Arts in Asia (2011).

Tributes poured for the culture czarina, who occupied a unique space all her own.

From politicians and academics to writers and artists, many people remembered her as an institution builder who had contributed immeasurably to the world of art.

IIC president N.N. Vohra said in a statement that Vatsyayan had made an “invaluable contribution” to the growth of the institution.

Congress leader Karan Singh said the nation has lost a woman of great learning and erudition.