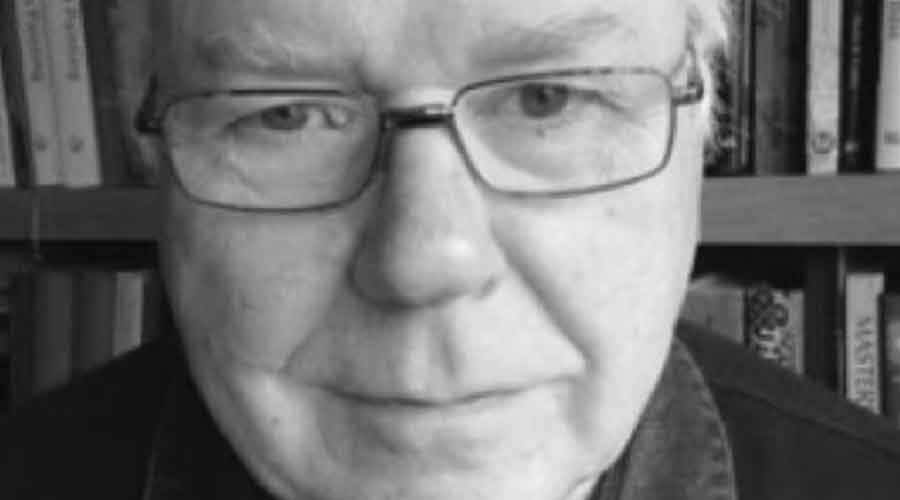 Jeremiah P. Losty, better known as Jerry Losty, noted historian of the art of the book and curator par excellence, died in London on Wednesday. He was 76 years old.

Losty was for 35 years curator of Indian visual materials at the British Library, London.

He had published extensively on Indian manuscripts and paintings.

His publications include a book on Delhi’s topography, Delhi 360: Mazhar Ali Khan’s View From Lahore Gate, and on the visual arts: Indian Book Painting, Paintings from the Royal Courts of India, The Art of the Book in India, Krishna: A Hindu Vision of God, The Ramayana: Love and Valour in India’s Great Epic, Picturesque Views of India: Sita Ram, and Calcutta, City of Palaces, published in 1990 on this city’s tercentenary.

He co-authored Mughal India: Art, Culture and Empire, and was working on English painter William Daniell’s diaries for almost 25 years.

Losty had also written about valuable art works originating from India that were in private collections all over the world.

Art historian B.N. Goswami said: “Jerry Losty will be greatly missed. He wrote extensively on the arts of India, his finest work perhaps being The Art of the Book in India, published as long ago as 1982 — a small jewel which stood out even among the slew of books which were published during the Festival of India in England.

“But neither he nor the body of work he published will be forgotten. His writings on the Udaipur Ramayana, the nearly forgotten but immensely talented painter Sita Ram, and — lately — the catalogues he kept writing for major auction houses will continue to serve as reminders of a scholar of gentle disposition and great dedication,” Goswami said.