Advertisement
Home / India / Appeal to Hindus to speak out

Appeal to Hindus to speak out

68-year-old turns to ‘our brothers and sisters’ 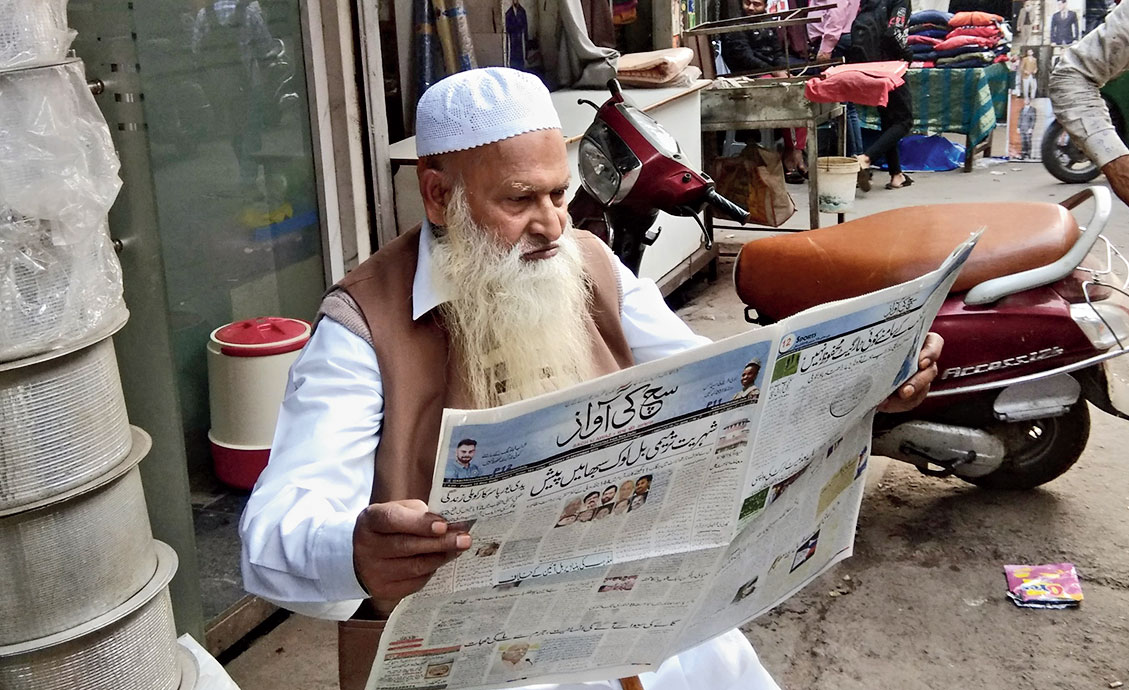 To Ismail Sheikh, 68, the Citizenship (Amendment) Bill and the National Register of Citizens represent a two-pronged attack on the country’s Muslims, and he wants the Hindus to speak out against it.

Wasim Ahmed, in his 20s, is aghast that poor Muslims are paying touts thousands to obtain dubious documents of “permanent residency”.

“The idea behind the bill and the register is to intimidate and harass the Muslims,” Ismail said on Tuesday, seated on a chair outside his crockery shop in the crowded neighbourhood opposite the Jama Masjid, a copy of the Urdu newspaper Sach ki Awaaz in hand.

He wondered how “our Hindu brothers can choose to keep quiet on the murder of the Constitution” and the government’s ploys to target Muslims.

“The time has come to raise our voice together against this anti-national move, aimed at polarising voters. This is an attack on the soul of India’s democracy and Constitution,” he said.

“I appeal to our Hindu brothers and sisters to speak out against this injustice to one community.”

The bill aims to facilitate citizenship for minorities fleeing religious persecution in Muslim-majority Pakistan, Afghanistan and Bangladesh, thereby shutting the door on Muslim immigrants from these countries.

It cleared the Lok Sabha late on Monday night after a heated debate, and is likely to be tabled in the Rajya Sabha on Wednesday.

Ismail said India’s Muslims are panicky about the government’s proposal of implementing the NRC across the country to detect those who are, in Union home minister Amit Shah’s words, “infiltrators”.

“Through the NRC the government wants to terrorise Indian Muslims and keep a sword dangling over them. The fear has created a precarious situation for the community,” Ismail said.

Abdul Malik, a retired government employee, asked: “What happened to Modiji’s slogan, ‘Sabka saath, sabka vikas, sabka vishwas (Support for all, development for all, trust of all)?”

He said: “This seems like a second partition of the country. The government is now consciously dredging up the two-nation theory, once proposed by (Mohammed Ali) Jinnah and (Vinayak Damodar) Savarkar. India is a secular country; that’s why crores of Muslims chose to stay back after the Partition.”

Malik alleged that the BJP and the RSS wanted “a population of subjugated, muted and impoverished Muslims and seem to have the support of the majority of the people”.

He wanted to know whether converting India into a Hindu Rashtra would solve all problems.

“Will this country prosper by making Muslims second-class citizens? Will the Dalits get justice? Will the suicides by poor farmers stop? Will the lakhs of youths get employment? Will the starvation deaths stop?”

Wasim Ahmed, an undergraduate student, accused the government of trying to turn Muslims into “pariahs”.

“Look, Muslims hardly have any representation in Parliament thanks to the consolidation of Hindu votes. There’s no one to speak for the community,” he said.

“Most of the government’s policies are against Muslims, whose condition has become worse than that of Dalits. It’s a very depressing situation for us.”

Wasim said the Muslims in his neighbourhood, mostly day labourers, were so scared that they were queuing at municipal offices and local courts to obtain documents and affidavits correcting the spellings of their names and their parents’. They were also applying for new ration cards.

“The scare has led to a parallel industry where touts are demanding anything between Rs 5,000 and Rs 10,000 to help people obtain what they are calling certificates of permanent residency from the civic bodies.”

Mohammed Alam, a rickshaw-puller, was almost in tears narrating his predicament. “I have no document of permanent residency although I have been living in this neighbourhood with my family for the past 40 years,” he said.

The government has said the NRC will require people to prove their or their ancestors’ Indian citizenship going back to 1951.

“I don’t know what will happen to people like me. I live in a makeshift dwelling in a slum and have no money to pay touts,” Alam said.

Mohamed Zakir, owner of a garment shop, said the NRC and the Citizenship Bill were tools the BJP was using to keep the communal pot boiling perpetually so it could remain in power.

“With the Kashmir and Ayodhya issues having run their course, the government has now created another controversy to divert people’s attention from the job crisis and the slowing economy,” he said.

“Such is the panic that day labourers are running from pillar to post to get their documents, including Aadhaar cards, issued. Touts are fleecing them in the name of providing them residency papers, but I doubt their authenticity.”

Quoting Urdu poet Rahat Indori, he said the Indian Constitution was always pluralistic and no single group can claim right over it.