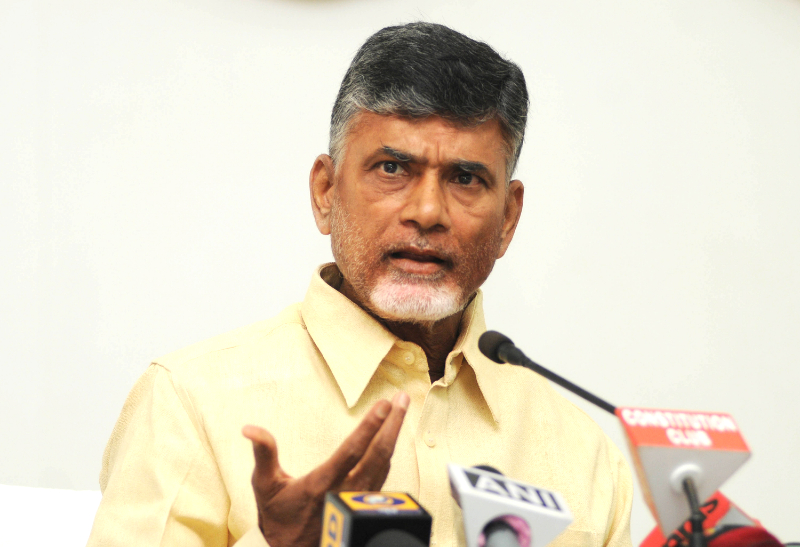 Chandrababu Naidu’s government has restricted the CBI’s entry into Andhra Pradesh without its permission, accusing the Narendra Modi dispensation of using the agency to target political opponents and setting off a potential face-off with the Centre.

Sources said Naidu, who has been trying to unite the Opposition before the general election, had also highlighted the turmoil in the country’s premier investigating agency, perceived as stemming from the Modi government’s interference to promote its favourites among its officers.

In a “confidential” notification that was leaked late on Thursday night, Naidu’s government has withdrawn the “general consent” given to the CBI to carry out operations relating to central employees in Andhra without informing the state administration.

“Now CBI officers will have to seek the state government’s permission every time they want to enter the state to carry out investigations, except for cases where a high court or the Supreme Court has ordered a CBI probe,” an agency officer clarified.

Agency spokesperson Abhishek Dayal said no such notification had yet been received from Andhra. “We will examine it after getting it and seek legal opinion if necessary,” he said.

Mamata Banerjee has backed Naidu’s move and said she would explore legal options for similar measures in Bengal.

Sources said the Naidu government had cited a lack of confidence in the CBI, saying the agency had lost its credibility after its top two officers accused each other publicly of corruption and got benched.

Naidu had dumped the country’s ruling alliance in March this year over the Centre’s failure to grant a special status and financial assistance to his state, promised following the bifurcation of Andhra Pradesh in 2014.

Since then, income-tax raids on certain business establishments in Andhra run by people close to the state’s ruling party had left Naidu red-faced. Miffed, he had announced that his government would not provide police cover for the officials conducting the raids.

“In exercise of the powers conferred by Section 6 of the Delhi Special Police Establishment Act, 1946, government hereby withdraws the general consent accorded (in GO Ms 109) to all the members of the Delhi Special Police Establishment to exercise the powers and jurisdiction under the said act in the state of Andhra Pradesh,” the order issued by state principal secretary A.R. Anuradha says.

The CBI functions under the Delhi Special Police Establishment Act, whose rules give it complete jurisdiction over Delhi and allow it to enter other states with the “general consent” of their governments.

All the states notify this general consent every year, and the Andhra government had renewed it on August 3. The general consent becomes superfluous, however, if a high court or the Supreme Court has ordered the CBI probe.

A senior CBI officer said Andhra’s revolt against the Centre could have far-reaching consequences for India’s federal structure of governance.

“The state government is within its rights to revoke the consent. This Centre-state confrontation will make corrupt officials feel happy and protected,” he said.

Opposition parties have down the decades accused successive Union governments of unleashing the CBI against political opponents.

Sources said the Karnataka government, then headed by Congress leader S.M. Krishna, too had withdrawn its general consent in 2001 but the matter was resolved after a few months. Atal Bihari Vajpayee’s NDA government was in power at the Centre at the time.

Mamata, Naidu pitch for all regional parties to come together