Amphan is unswerving, in predicted path

The ferocity of the cyclone helped us generate an accurate forecast, says Met official 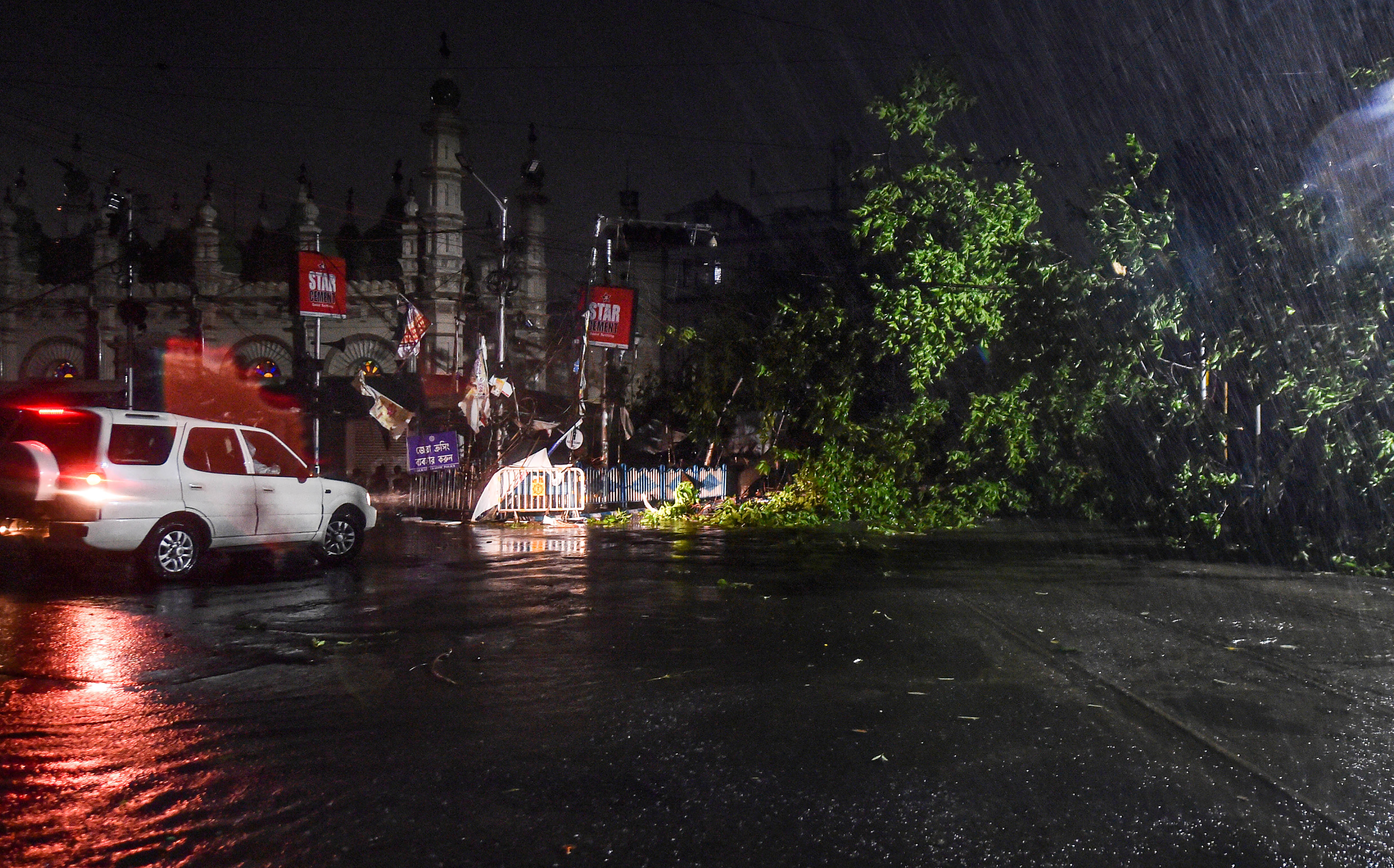 Around 3.30am on Wednesday, a top Odisha official phoned Mrutyunjaya Mohapatra at the India Meteorological Department, expressing worry that a foreign agency had predicted Cyclone Amphan would make landfall at Balasore and not the Sunderbans as the IMD had predicted.

Relying on the IMD's forecast, Odisha had evacuated around 158,000 people from vulnerable coastal areas. But if Amphan was to make landfall at Balasore, as the foreign forecast suggested, the high wind speeds at landfall would demand evacuation of thousands more.

Mohapatra and his colleagues at the IMD's cyclone warning centre in New Delhi examined their own datasets, satellite imagery and analyses again and stuck to their forecast - the cyclone would cross the coast around the Sunderbans - that came true on Wednesday afternoon.

'The ferocity of the cyclone helped us generate an accurate forecast - you can hardly distinguish the forecast track from the actual track,' Mohapatra said.

'The more intense a cyclone, the more orderly it is and the track is relatively easier to predict. But two other special features of this cyclone made the forecast challenging,' Mohapatra told The Telegraph.

Global weather observations suggest that the tracks of high-intensity cyclones with greater energy and higher wind speeds are easier to forecast than those of low-intensity storms. Amphan - a Thai word pronounced Um-Pun - gained most of its energy on Sunday.

'The cyclone hovered over a region of the Bay of Bengal with high ocean heat moving at the time only at 5 to 10kmph - this facilitated the rapid intensification,' Mohapatra said.

But two features of the cyclone - a relatively curved track and its own changing speed as it moved across the sea towards land - made forecasting tracks hard, weather scientists said. By the time it made landfall around the Sunderbans area, it was moving at around 30kmph.

Satellite imagery showed the cyclone as a giant atmospheric disturbance marked by a wall cloud 120km thick with a 40km wide eye of the storm. As the cyclone moves across land, areas under the influence of the wall cloud would experience high-speed winds.

'Areas under the eye of the storm would experience relatively calm weather for about half an hour or so, then high winds again with the rear part of the cloud wall,' Mohapatra said.

The IMD had forecast that the cyclone would trigger giant tidal waves 4 to 5 metres above the astronomical tide along coastal South and North 24-Parganas and 3 to 4 metres along coastal East Midnapore. Many low-lying areas along these coasts would be inundated by the waves.

The foreign forecasting agency had by Wednesday morning updated its own prediction, pointing to the Sunderbans as the landfall site.

Mohapatra said this wasn't the first time that officials had called the IMD and referred to a foreign forecast deviating from the IMD's prediction.

'We have to go through this agni pariksha (trial by fire) every time,' Mohapatra said.