Aim of BJP govt is to destroy farmers’ market: Rahul

“The first two laws destroy the country’s agriculture sector, the third one denies justice to farmers” 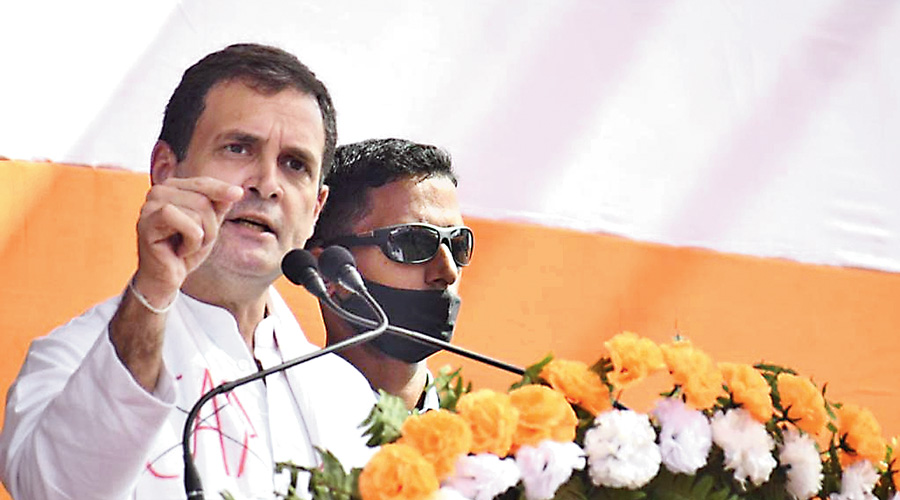 On Tuesday, Congress leader Rahul Gandhi, lashed out at the Centre over the three contentious farm laws. He alleged that the aim of the BJP government is to destroy farmers’ market and not getting them the right price for their produce.

According to Rahul, while the first two laws destroy the country’s agriculture sector, the third one denies justice to farmers.

“The first one destroys the farmers market.The secondone is to allow the richest to procure as much as grain and unlimited hoarding. These two laws allow them to control the price of grains and vegetables,” he alleged, while addressing a mass rally, that marked the culmination of the 22-day-long Aishwarya Yatra, led by leader of opposition in the state assembly Ramesh Chennithala.

“They (government) have only one aim: the farmer does not get the right price for their produce. That everybody, the middle class, farmers labourers have to pay more,” he said.

“And that’s why lakhs and lakhs of farmers are protesting. What did the PM say? That they are terrorists,” Gandhi alleged.

The Congress leader also attacked the central and state governments over the rising fuel prices despite a low oil price in the international market and claimed both the governments are giving the money to the richest in the country.

“The price of oil in the international market is down. But in India, the price of petrol and diesel are going up.Thousands of crores of rupees are being taken from your pocket every day. Where is this money going? To whom is this money being given,” he said.

“This is being given to the richest people in this country,” Gandhi said.

“Everyday, when you travel in your vehicle, remember this, both the centre and the state are taking money from your pocket to the richest of this country. This is the politics we are trying to change. We want to work for the poor, and not for our organisation or the richest. That’s the difference between us and others,” the Congress MP from Wayanad told the gathering.

He said the yatra was an opportunity to listen to what farmers, students, fishermen, elders and women of the state say.

The state-wide yatra, led by Chennithala, began on January 31 from Manjeswaram in the northernmost Kasaragod district and ended at Parassala near here on Sunday.