The Union minister also hit out at Arvind Kejriwal, accusing him of 'failing' to solve problems of Delhi 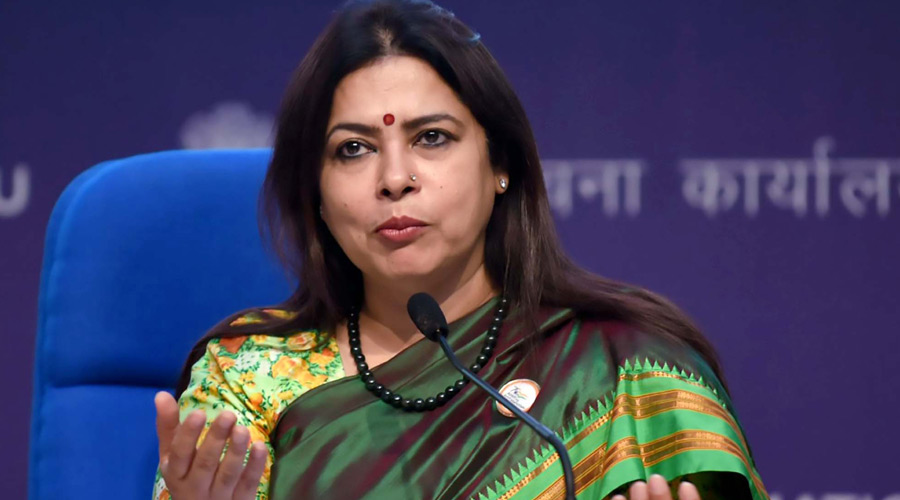 Jain's lawyers said in court earlier this week that prison officials had stopped his supply of fruits and raw vegetables.

Addressing a press conference, Lekhi also referred to another video showing Jain getting a massage by a rape accused in Tihar.

"I would not allow such a person to even come close to me. Imagine that person massaging his feet."

"The shameless actions of AAP leaders like Jain getting massage by a rape accused, are being noted by the people. AAP leaders say something and behave exactly opposite to it," Lekhi told reporters.

There are prison manual rules for food and medical services in jail, she said.

"Added facilities like television, packed food and massage in Jain's cell show as if he is some holiday resort," she said.

Lekhi also hit out at AAP convener and Delhi Chief Minister Arvind Kejriwal and accused him of "failing" to solve the problems of Delhi and instead campaigning in poll bound states for AAP's expansion to achieve his aim of becoming prime minister.

A Delhi court on Tuesday sought the Enforcement Directorate's (ED) response to Jain's plea seeking a direction to Tihar officials to provide him food such as fruits, dry fruits and dates in accordance with his religious beliefs as he was observing a fast.

He was arrested by the ED in a money laundering case in May.