The paramilitary force has been deployed outside the lab 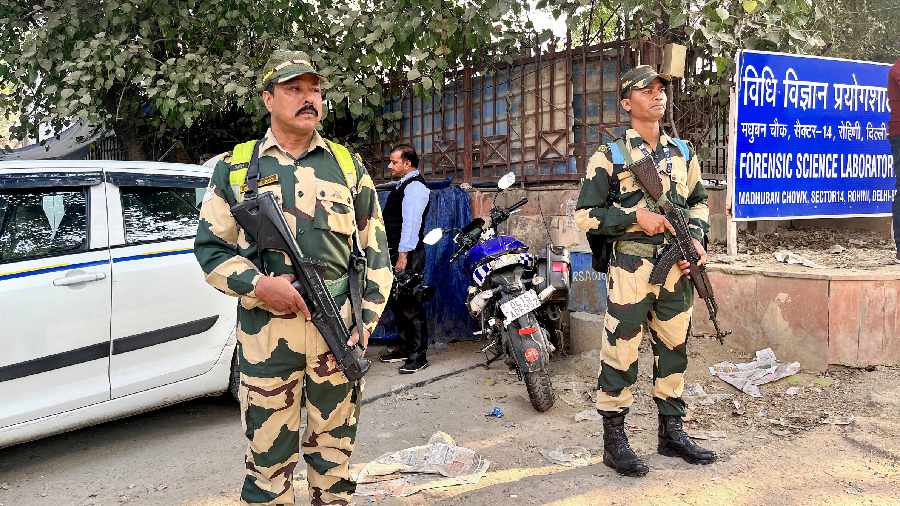 Security has been beefed up outside the Forensic Science Laboratory in Rohini where Aaftab Amin Poonawala, accused of killing his live-in partner, was allegedly attacked by some weapon-wielding people, officials said on Tuesday.

Poonawala was attacked on Monday by some people outside the laboratory where he was taken for a polygraph test.

A senior police officer said that security has been increased in view of Monday's incident. The paramilitary force has also been deployed outside the laboratory.

On Tuesday, Poonawala again reached the laboratory for the remaining session of the polygraph test.

A car stopped the police van on Monday after overtaking it. A few people came out of the car and started attacking the vehicle carrying Poonawala.

The van was driven out of the spot while two attackers were detained, the police said, adding the incident took place around 6.45 pm.

The two detained have been identified as Kuldeep and Nigam, police said.

A case has been registered at the Prashant Vihar Police Station in connection with the incident, police said, adding that the two detained have been sent to judicial custody.

Poonawala allegedly strangled Shraddha Walkar and cut her body into 35 pieces which he kept in a 300-litre fridge for almost three weeks at his residence in Mehrauli in south Delhi, before dumping them across the city over several days.

He was arrested on November 12 and sent to five-day police custody, which was further extended by five days on November 17.