SC will be handing out over half-dozen key judgments, several crucial to citizens’ daily lives as well as the future of politics 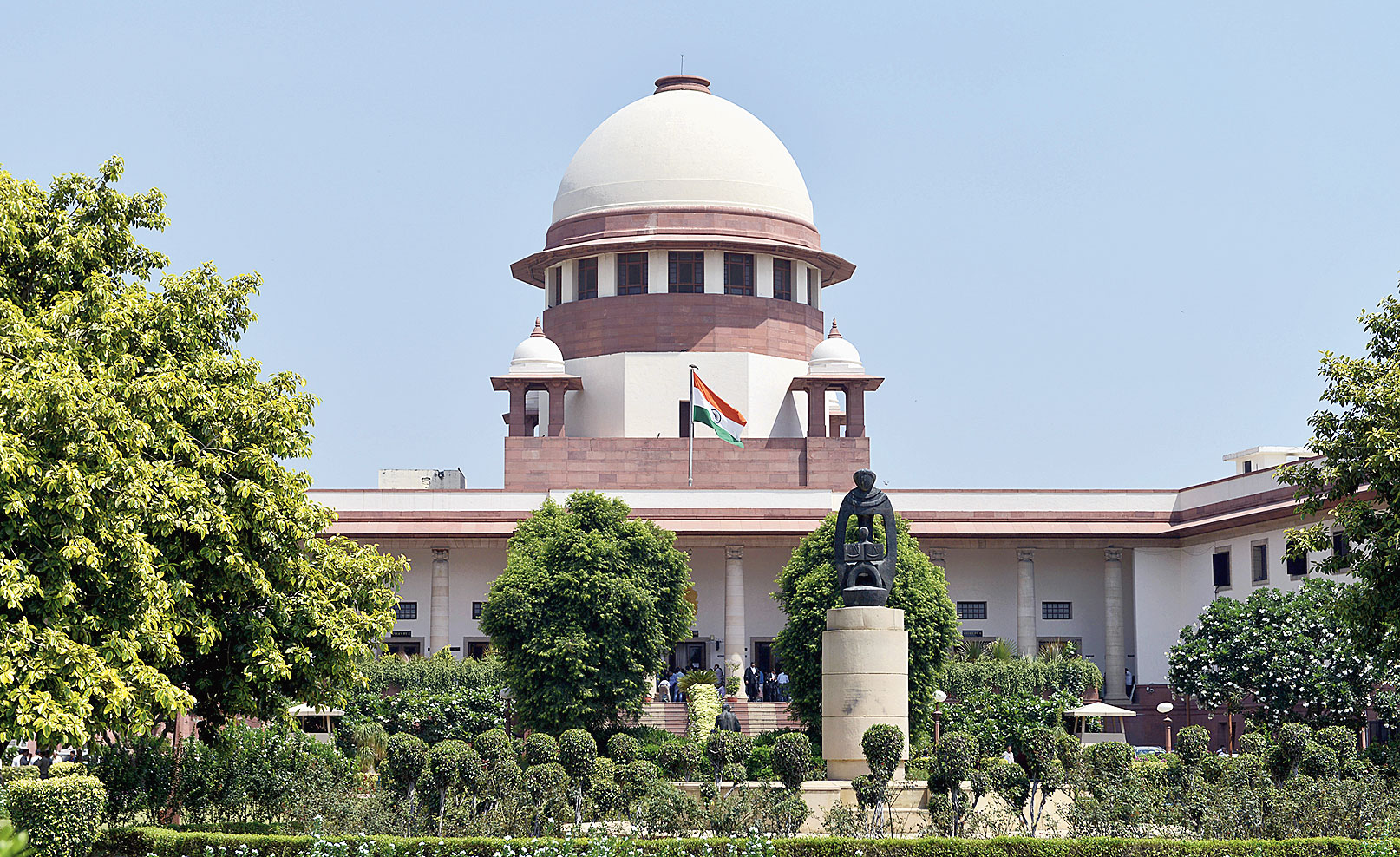 The Supreme Court will be handing out more than a half-dozen key judgments in the coming week, several of them crucial to citizens’ daily lives and rights as well as the future of Indian politics.

The glut of judgments will be necessitated by Chief Justice of India Dipak Misra’s impending retirement on October 2. Justice Misra heads several five-judge constitution benches and three-judge benches, which must bring the cases before them to a conclusion before he steps down.

The Telegraph takes a peek at some of the upcoming verdicts:

The court will decide the constitutional validity of the Aadhaar scheme at a time the cards are aggressively being made compulsory for almost all aspects of the government-citizen interface.

A batch of petitioners has challenged the scheme as an infringement on citizens’ fundamental right to privacy.

Congress politician Jairam Ramesh has challenged the Aadhaar law also on the ground that it was passed as a “money bill” in the Lok Sabha, bypassing the Rajya Sabha where the government lacked the numbers.

A five-judge bench will decide whether another five-judge bench was correct in ruling in 2006 that Dalit and tribal government employees are not entitled to reservation in promotions unless the authorities can furnish data showing they are inadequately represented in the higher posts.

The court will decide whether people facing criminal charges, but not convicted, can be debarred from contesting elections, or, brought under some other restriction.

Currently, the Representation of the People Act debars a convict from contesting elections from the time of conviction till six years after the completion of his jail term.

A bench will decide the constitutional validity of the centuries-old bar on women of the “menstrual age” (10 to 50 years) entering the famed Sabarimala temple in Kerala.

A group of NGOs has alleged the rule violates the fundamental rights to equality, non-discrimination and liberty.

Petitioner Joseph Shine has challenged the constitutional validity of a law that prescribes a jail term of up to five years for a man who has sex with another man’s wife.

A married man who has an affair with an unmarried woman is not prosecutable under this law.

The apex court will decide whether to refer to a constitution bench the 2010 Allahabad High Court verdict dividing the disputed Ayodhya land equally among a Hindu group, a Muslim group and the infant Ram (under the custodianship of a VHP leader).

The court will on Monday decide whether Maharashtra police were justified in arresting five rights activists on the charge of Maoist links last month.

The court will decide the constitutional validity of the practice of female circumcision among the Muslim Bohra community.