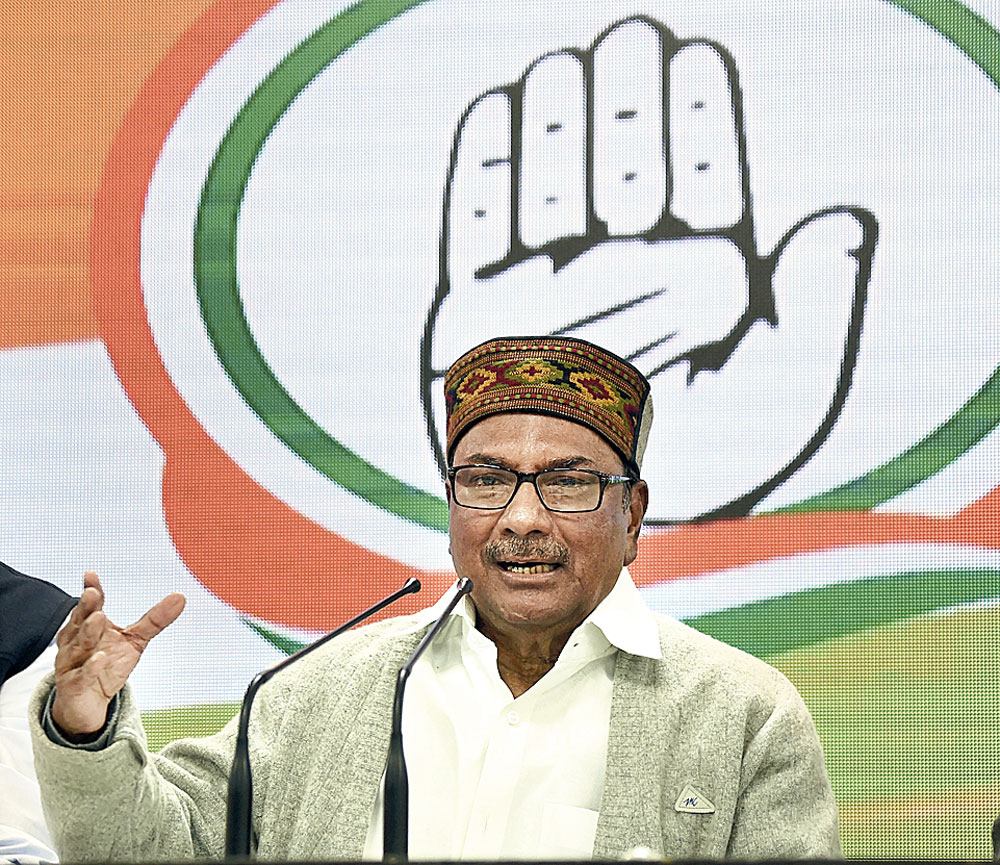 Former defence minister A.K. Antony on Tuesday urged Prime Minister Narendra Modi not to drag the military into politics and questioned BJP president Amit Shah’s credentials when he spoke on operational details of the air force.

Antony told a media conference: “I request the Prime Minister — don’t bring military into politics. Don’t politicise the army. Our armed forces are unique — they are apolitical and they respect our democracy. They are safeguarding our borders, they sacrifice their lives irrespective of which party is in power.”

The Congress veteran added: “Activities of the defence forces should be talked about by the defence spokesperson. Why is the BJP president briefing on operational details? The Indian Air Force chief says he does not know the numbers (of those killed in the Indian air strikes across the border), how come the BJP chief knows? I believe the IAF chief. He is the man (who knows the details). Not the BJP president. As defence minister, you can check I never answered political questions.”

On Sunday, BJP president Amit Shah had said in Gujarat that “more than 250 terrorists” were killed in the strike. On Monday, Air Chief Marshal B.S. Dhanoa had said the Indian Air Force does not count human casualties and it is the government that would clarify the figures.

Asked if the claims about the number of terrorists killed in the air strikes were true, Antony said: “I don’t want to get into the controversy. Our armed forces are still fighting in Kashmir. Even yesterday (Monday), our soldiers were killed.”

He wondered why the Prime Minister had not called an all-party meeting so far. On Pakistan too, Antony insisted that there can’t be any engagement unless terror camps operating from the neighbouring country’s soil are dismantled.

The Congress leader said the world knew that Pakistan was a safe haven for terrorists and many countries had suffered because of that. He said Pakistan should be compelled by the international community to dismantle the terror camps.

Antony indicated that the Narendra Modi government’s ad hoc policy on Pakistan didn’t have any long-term perspective, adding that when in power the Congress had refused to engage with the neighbour so that sustained pressure was kept up on it to act against terrorism.

Senior Congress leader Digvijaya Singh, who had earlier criticised the government for making unsubstantiated claims about the number of casualties, on Tuesday again said in a series of tweets: “Modi ji said demonetisation will end terrorism but terror increased. Despite heavy damage to Jaish-e-Mohammed by killing 300 terrorists, attacks have continued in Jammu & Kashmir. After all, why is the Prime Minister not sharing the ground reality with the nation?”

Digvijaya continued: “The manner in which you, your leaders and your party are trying to portray the success of the Armed Forces as your success and are making it an election issue is an insult to the valour and sacrifice of the soldiers. Every single citizen respects the Indian Army and other security personnel. Modi ji, the question is not about politics and power. The question is about the aggrieved women who have lost their brothers, husbands and sons. When will you answer their questions?”

He added: “Your minister says 300 killed, your party chief says 250 killed. Yogi Adityanath says 400 killed. S.S. Ahluwalia says none killed. You don’t speak on numbers. Who among these are liars?”

Punjab minister and Congress leader Navjot Singh Sidhu tweeted: “Army is as sacred as the state! Stop politicising the top institutions for political motives. Made a puppet of CBI, arm-twisted the RBI, covert operations of RAW exposed and the judiciary’s reprimand. For God sake leave the army to fight battles... not elections!”

Through an Urdu couplet, Sidhu suggested that Modi was fighting but for himself, not the country.