'They had come in contact with Covid patients while discharging their duty; some had developed mild symptoms' 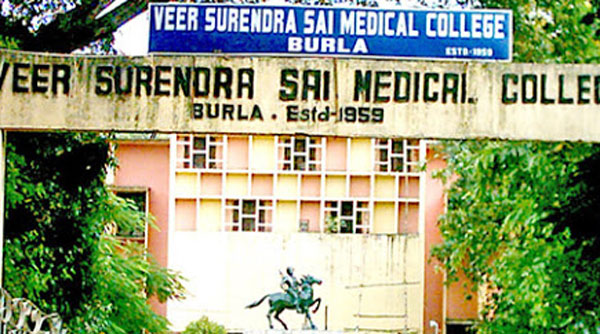 As many as  70 doctors of Veer Surendra Sai Institute of Medical Science and Research (VIMSAR) at Burla here have been put under quarantine after some of them showed symptoms of Covid-19.

Director, VIMSAR, professor Lalit Kumar Meher told The Telegraph, “Majority of them are from the medicine department and the rest are from other departments. In the course of discharging their duty, they had come in contact with Covid-19 patients. After some of them developed mild symptoms, we went for contact tracing and put all the 70 doctors under quarantine.”

“Those who have mild symptoms will be tested for the virus after undergoing seven-day quarantine and if found negative they will be allowed to join duty,” he said.

Sources said nearly 38 doctors of medicine department of the institute have been put under quarantine.

The out patient department (OPD) of the hospital has been closed for seven days.

“Like other reputed institutes, we are offering telemedicine services and carry out emergency services on a priority basis. Even though we are short of staff, we have been able to render good service to the people,” Meher said.

So far, 15 doctors from VIMSAR have tested positive for the novel coronavirus. Not only VIMSAR, other medical institutes such as the SCB Medical College and Hospital, Sishu Bhavan and Acharya Harihar Cancer Institute, Cuttack, AIIMS, Bhubaneswar, and a dozen of hospitals located in different parts of the state have been hit by the pandemic and been forced to limit their services.

Besides doctors, frontline workers such as police officers,  Anaganwadi workers and several others, who are working overtime to contain the spread of the virus, have been hit by the virus.

Seven CRPF jawans tested positive for the virus on Thursday. The state has so far reported 40,717 corona positive cases. It witnessed the highest ever-single day spike of 1,699 cases on Thursday.

In order to keep the morale of frontline warriors, chief minister Naveen Patnaik had on Wednesday held prayers for them. A minute’s silence was observed by people across the state at 6pm on the call of the chief minister to express solidarity with Covid warriors.