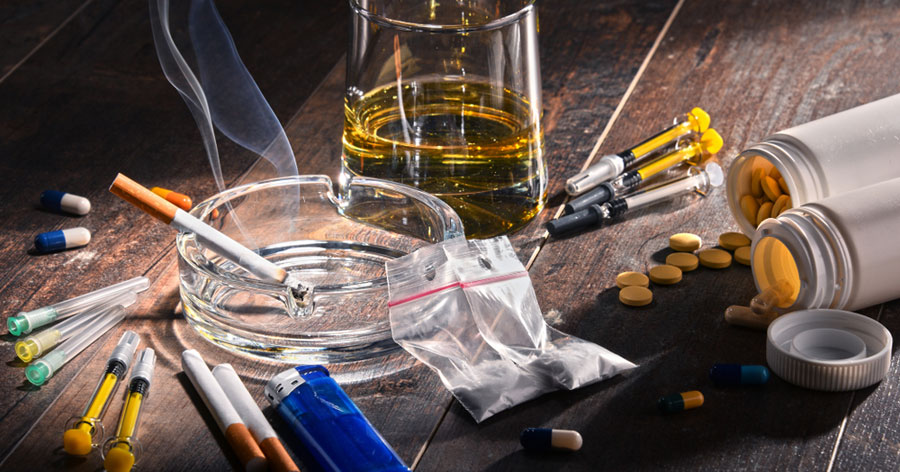 The study has defined users as those who have used substance — 9 categories, including alcohol, cannabis, opioids, cocaine, sedatives, inhalants and hallucinogens — at least once in the past 12 months.
Shutterstock
Our Special Correspondent   |   New Delhi   |   Published 18.02.19, 10:12 PM

An estimated 4.6 lakh children are addicted to inhalant drugs and need help, the first nationwide survey commissioned by the Union government on the extent of substance abuse has found.

The study — Magnitude of Substance Use in India — also revealed that nearly 15 in every hundred Indians consume alcohol and over five per cent needed medical help at some point or the other to tackle their dependence.

The findings of the survey, conducted by the National Drug Dependence Treatment Centre (NDDTC) under the All India Institute of Medical Sciences, were released at a media conference by Thawaarchand Gehlot, the minister for social justice and empowerment.

The study has defined users as those who have used substance — nine categories including alcohol, cannabis, opioids, cocaine, sedatives, inhalants and hallucinogens — at least once in the past 12 months. Harmful or dependent-use has been defined as addiction that needs medical help. “This is the first official survey done by us,” Gehlot said.

The study collected two types of data. One was from a survey of over 2 lakh households in 186 districts covering every state and Union territory where 4.7 lakh individuals in the age group of 10 to 75 years were interviewed.

The other was a separate Respondent Driven Sampling survey of 72,642 people from 135 districts who suffered from a dependence on illicit drugs.

The figures collected were then used to generate estimates of current use, harmful use and dependence for the nine categories of substances.

AIIMS doctor Atul Ambekar, the principal investigator of the survey, said 14.6 per cent Indians were found to be alcohol users while 5.2 per cent wanted help.

Uttar Pradesh was found to have 1.6 crore people who suffered from alcohol dependence or consumed it in a harmful way. In Bengal, 27 lakh people consumed alcohol, according to the survey. The figure is 21 lakh for Odisha.

“The number assigned to a state is the extrapolated figure to match the population share of the state. Hence Utter Pradesh is found to have the highest number of harmful and dependent users of alcohol and other substances,” Ambekar said.

The percentage of prevalence varies among states. Tripura (13.7 per cent), Arunachal Pradesh (7.2 per cent) and Chhattisgarh, Punjab and Andhra Pradesh (around 6 per cent each) were, for example, states with the highest prevalence of alcohol dependence, he said.

Consumption of alcohol was low in states where prohibition is in force, Ambedkar said. For example, only 0.9 per cent of the population in Bihar and 3.9 in Gujarat were found to be alcohol users.

The survey found that 0.70 per cent Indians used inhalants — substances that produce chemical vapours that can be inhaled to induce a psychoactive, or mind-altering, effect. At the national level, an estimated 4.58 lakh children (10 to 17-year-olds) and 18 lakh adults needed help for problematic use of inhalants.