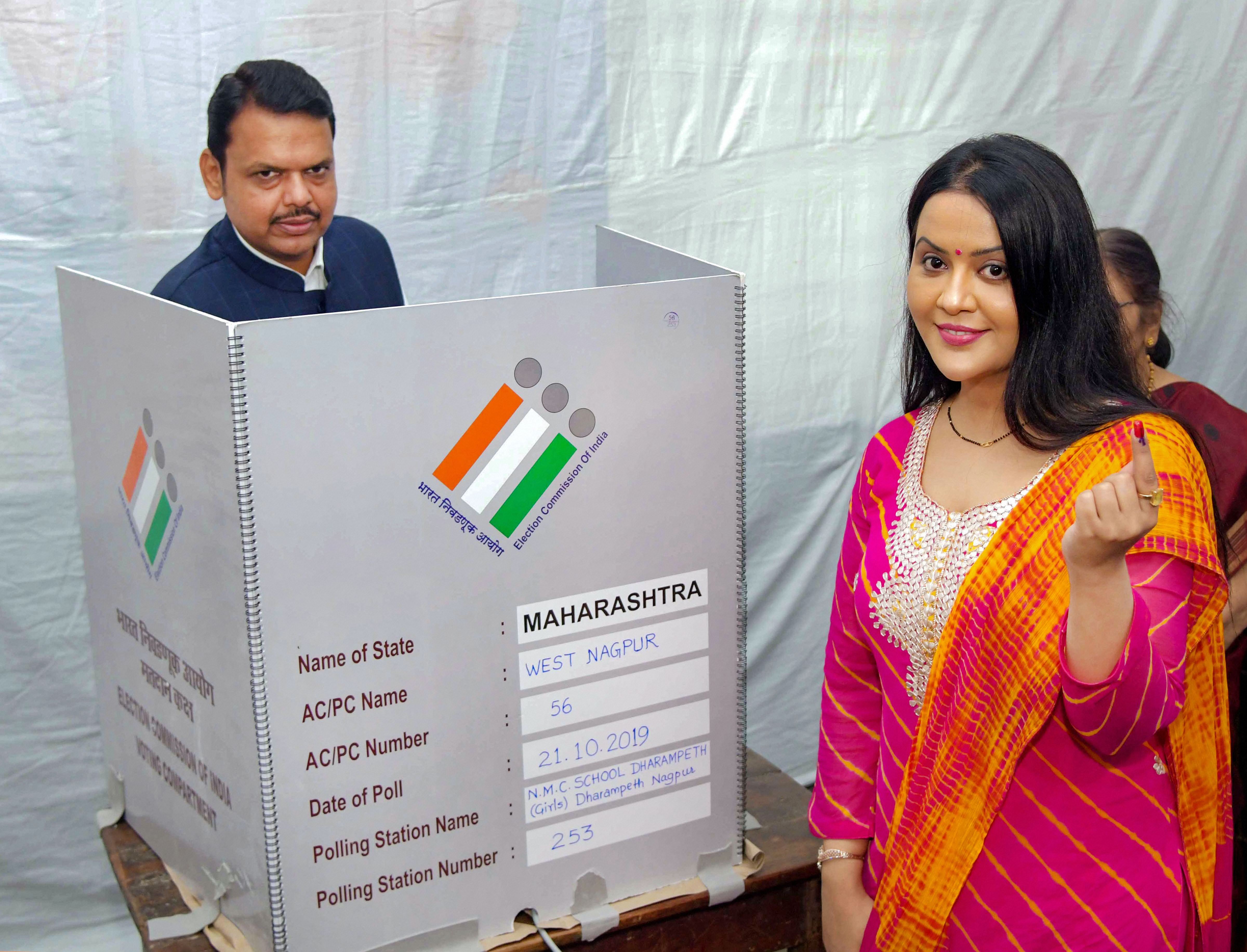 Maharashtra Assembly elections held on Monday saw a voter turnout of around 63 per cent, almost matching the 63.38 per cent polling recorded in the last state elections in 2014.

Rural areas of the state fared better, with voters there showing more enthusiasm than their urban counterparts.

Polling began at 7 am and ended at 6 pm. Altogether 54.53 per cent voters exercised their franchise till 5 pm, a poll official said.

A galaxy of bigwigs from politics, Bollywood and India Inc joined the young and the old in exercising their franchise in this festival of democracy.

Aamir Khan, Madhuri Dixit Nene and Lara Dutta were among the tinsel town figures who exercised their franchise.

Actor Riteish Deshmukh and wife Genelia cast their vote in Latur district, where Amit and Dheeraj, brothers of Riteish and sons of former chief minister late Vilasrao Deshmukh, are contesting as Congress candidates.

A nonagenarian was the cynosure of all eyes as he accompanied Union minister Smriti Irani outside a polling booth in Mumbai. 'Today's hero is Khanna sahab, who served in the army. At 93, he came out to vote. It is an inspiration,' Irani said.

In Pune, a 102-year-old man, suffering from a heart ailment, went straight to a polling booth to cast his vote after being discharged from a hospital.

The man, Ibrahim Alim Joad, who, according to his family, has never missed voting since Independence, consulted his doctors before going to vote. 'Modi is doing good work and hence my vote goes to him,' he said.

The Opposition Congress said it filed over 250 complaints of poll procedure violations with the Election Commission, including one for Ramtek segment where it said if the EVM button was pressed in favour of Congress candidate, the vote was shown to be going to the BJP nominee.

In Gadchiroli district, a 45-year-old teacher posted on election duty died in hospital after fainting while walking towards the voting booth on Monday morning, an official said.

The teacher, Bapu Pandu Gavade, who was heading to the voting booth with a polling party from Dehari base camp, fainted mid-way in the morning near Pursalgondi village of Etapalli area.

In Pune, a 62-year-old man fainted while standing in the queue outside a polling station in Bhosari constituency and later died of brain hemorrhage in the hospital, police said. Abdul Rahim Shaikh, a resident of Shantinagar, was suffering from cancer for the past year, police added.