The deceased lived in shanties in Malad 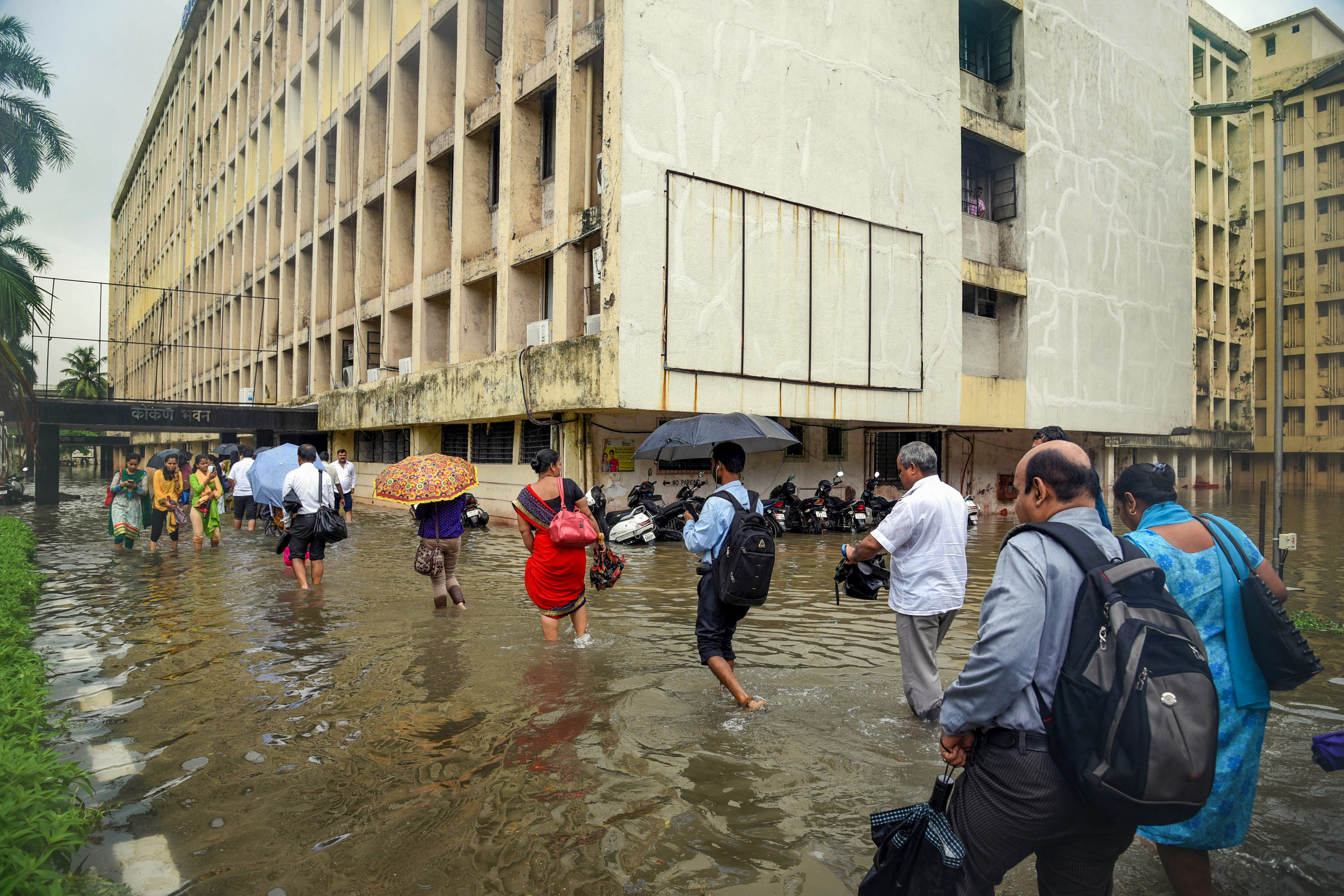 At least 12 people were feared dead and six were injured after a compound wall collapsed in the Malad area in Mumbai on Tuesday after heavy rain.

The cave-in happened around 2 am when the compound wall in Pimpripada collapsed and people living in shanties adjacent to wall got trapped under the debris.

'Our team of National Disaster Response Force, along with sniffer dogs, reached the site immediately after receiving the information. Besides, a team of the fire brigade and police also reached,' a senior NDRF official said.

He said the police are investigating the case.

'Rescue is under way and more details are awaited. The injured are in a nearby civic hospital in Jogeshwari and Shatabdi Hospital in Kandivali,' he said.

Authorities have declared Tuesday a public holiday in Mumbai as the Indian Meteorological Department has forecast heavy rain.

'In the wake of the extreme heavy rainfall forecast by the IMD, the Government of Maharashtra has declared a public holiday on July 2 as a precautionary measure for Mumbai city and its citizens,' a civic official said.

The central railway has also decided to run local trains in limited corridors because of water logging on the tracks.