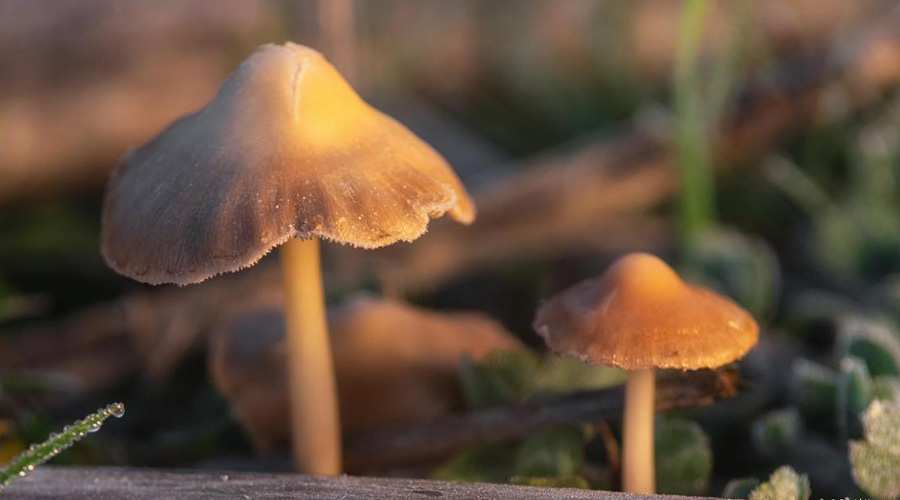 Researchers have been looking into ways to treat depression with psilocybin for years.

Although some studies have shown promising results, psychiatrists aren’t prescribing magic mushrooms as an antidepressant yet. Why? In short, they haven’t found enough evidence that any positive effects they’ve observed would be translatable to the wider population.

But that’s changing. New trial results published Wednesday in the New England Journal of Medicine tested the effects of psilocybin in treating depression symptoms in 233 people. The results were encouraging — a single dose of the drug reduced depressive symptoms for three weeks in nearly a third of patients with treatment-resistant depression.

Psilocybin — often referred to as "shrooms" or magic mushrooms — induce a change in perception, hallucinations and euphoria, with effects lasting up to six hours. Magic mushrooms aren’t thought to cause addiction and can be safe in moderation if correctly distinguished from other more poisonous types of mushrooms.

Despite the positive results, the study authors offered a sobering conclusion to the study.

Negative side effects were very common, they wrote: During the six-hour psilocybin trip, 77% of people experienced some sort of negative response to the drug, including headache, nausea and dizziness.

More worryingly, a small number of patients experienced suicidal thoughts and ideation during the trip.

However, experts cast doubt on whether it was the psilocybin itself causing the suicidal thoughts, but rather the depression itself.

One question going forward is whether people can cope with the temporary effects of the trip for the long-term benefits to depressive symptoms.

In an accompanying editorial piece, study author Bertha Madras discussed the need for therapists to identify the right patients for the treatment, and to guide a person’s experience with psilocybin.

But how does psilocybin help treat depression? In short: Researchers aren’t quite sure yet. But they have some ideas.

According to a study published April 2022 in the journal Nature Medicine, psilocybin appears to make the brain more interconnected.

The researchers analyzed the functional magnetic resonance imaging (fMRI) of patients with depression from two previous independent clinical trials using psilocybin therapy. An fMRI is a brain scan in which the active regions of the brain can be visualized on a computer screen.

The study found that in patients undergoing psilocybin treatment for depression, brain regions appeared to be more interconnected than before the treatment. This means that parts of the brain that had previously exhibited connectivity limited within isolated regions became more connected with other regions.

Researchers say that after taking psilocybin, these patients' brain connectivity became dispersed over the whole brain.

Despite this progress, scientists are still trying to understand what it means for people who suffer from depression. It is not clear, for example, how brain connectivity impacts a person’s well-being.

But researchers are far from a consensus.

Still a long trip ahead

The positive effects of psilocybin and other psychedelic drugs like LSD and ayahuasca are not limited to depression. They have also shown promising results for treating anxiety, neuropsychiatric diseases and abuse of substances like morphine and alcohol.

Many groups are calling for the endorsement of psychedelic drugs as treatment options for psychological problems. Part of this is a political response to shape access in the wake of the ‘war on drugs’.

However, many experts are calling for moderation, emphasizing the need for rigorous medical studies to ensure the drugs are effective and safe to use.

Work is underway. Nearly 200 clinical trials are currently testing the effects of medical psychedelic drugs on a range of psychological and neuropsychiatric disorders. So far, the results are encouraging, but time will tell whether they make it into clinical practice.