To stay in shape, exercise and lift weights 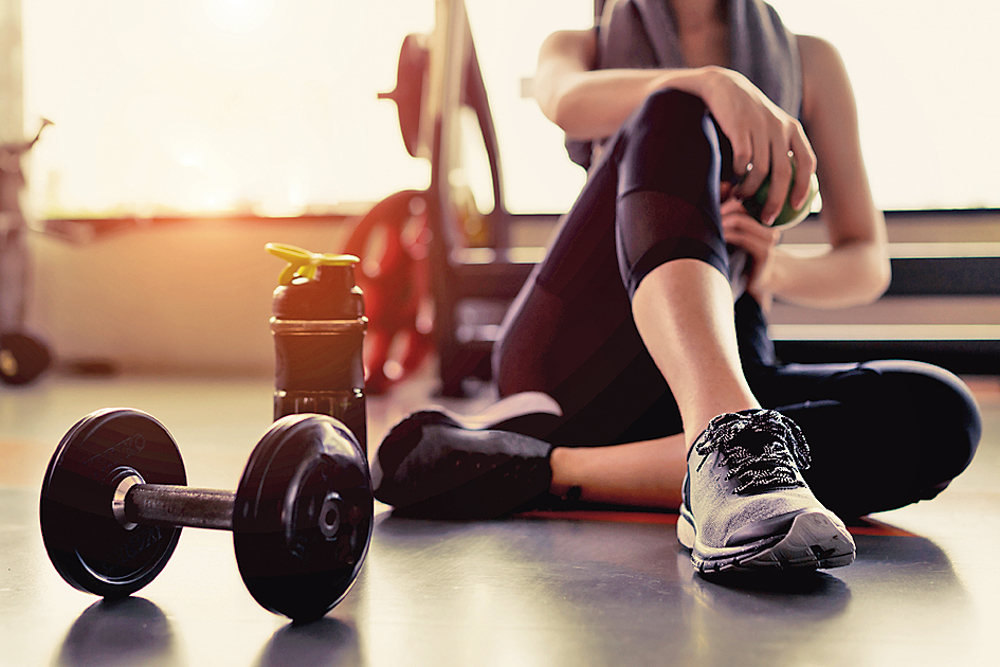 To stave off obesity, we might want to both stride and lift, according to an important, large-scale new study of how different types of exercise affect the incidence of obesity.

The study, which involved health records for almost 1.7 million men and women, indicates that people who exercise in almost any way are less likely to be obese than those who are sedentary. But the study also finds that the odds of being normal weight are greatest for those who complete both aerobic exercise and weight training, at least occasionally.

Obesity is one of the world’s most pressing health concerns. The soaring obesity rates are worrying since the condition is linked to a range of other serious health concerns, including type 2 diabetes, heart disease, arthritis, dementia and premature death.

Despite obesity’s prevalence and morbidity, though, its causes remain poorly understood. We know that nutrition and energy imbalance play outsize roles. But exercise and inactivity are involved as well, although their contributions are muddled. Exercise does not seem, for instance, to be very effective at helping most overweight people to drop kilos, probably because exercise tends to make people hungry.

More helpfully, exercise does seem to help many people avoid packing on kilos in the first place. In past studies, adults who frequently walked or completed other physical activities were less prone to becoming obese during middle age than sedentary people.

But most of those studies involved relatively small groups of people or specific populations, such as female nurses or older men. In many of those studies, only relatively large amounts of exercise, such as an hour or more a day of walking, were tied to maintaining a healthy weight. And almost none examined the potential role of weight training in obesity prevention, leaving many questions unexplored about just how much and what kinds of exercise might correlate with the likelihood of obesity.

So, for the new study, which was published in Obesity, researchers in Australia decided to compare exercise habits and obesity numbers in a group of American adults. They found their subjects among the participants in the annual Behavioral Risk Factor Surveillance System, a telephone survey about the health and lives of millions of Americans overseen by the Centers for Disease Control and Prevention.

The Australian researchers focussed on data from recent surveys that included answers from men and women about their height, weight and general exercise habits, including whether they had exercised in any way during the past month and, if so, what types and amounts of exercise they had completed.

Then they compared exercise habits and obesity and noted an interesting pattern. The incidence of obesity, especially extreme obesity, was much lower among active people than the sedentary, whether their activity was aerobic or resistance-oriented.

In other words, it appears that “doing either aerobic or muscle-strengthening exercise is good for a healthy weight, but doing both is better,” said Jason Bennie, a senior research fellow in physical activity epidemiology at the University of Southern Queensland in Australia who led the new study.

This study relied on participants’ memories of exercise, which can be unreliable, and asked about them at only one point in people’s lives. So, it cannot show whether exercising now thwarts obesity in the future. It also cannot establish whether being obese prevented people from being active, meaning that their weight determined their workout routines and not the reverse.

Perhaps most important, it does not tell us how augmenting walks or other aerobic activities with weight training might help us avoid obesity. Bennie and his colleagues speculate that aerobic and resistance exercise produce differing effects on our metabolisms, hormones, appetites and the structures of our brains that, synergistically, remodel our bodies and minds in ways that reduce the likelihood we will gain weight.

More study is needed, of course. But in the meantime, those of us hoping to keep our weight under control might want to consider cycling or walking to the gym, where we might want to pick up some weights.