It is important to stay active, especially if you are aged; it helps prevent memory loss 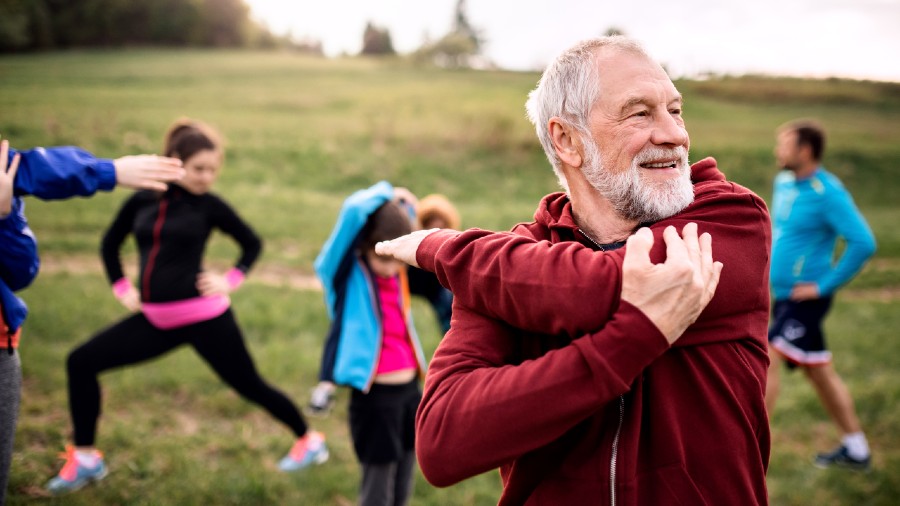 Exercise can change how crucial portions of our brain communicate as we age, improving aspects of thinking and remembering, according to a fascinating new study of ageing brains and aerobic workouts. The study, which involved older African-Americans, finds that unconnected portions of the brain’s memory centre start interacting in complex and healthier new ways after regular exercise, sharpening memory function.

The findings expand our understanding of how moving moulds thinking and also underscore the importance of staying active, whatever our age.

The idea that physical activity improves brain health is well established. Experiments involving animals and people show exercise increases neurons in the hippocampus, which is essential for memory creation and storage, while also improving thinking skills. In older people, regular physical activity helps slow the usual loss of brain volume, which may help to prevent age-related memory loss and possibly lower the risk of dementia.

There have been hints, too, that exercise can alter how far-flung parts of the brain talk among themselves. In a 2016 MRI study, for instance, researchers found that disparate parts of the brain light up at the same time among collegiate runners but less so among sedentary students. This paired brain activity is believed to be a form of communication, allowing parts of the brain to work together and improve thinking skills, despite not sharing a physical connection. In the runners, the synchronised portions related to attention, decision-making and working memory, suggesting that running and fitness might have contributed to keener minds.

But those students were young and healthy, facing scant imminent threat of memory loss. Little was known about whether and how exercise might alter the communications systems of creakier, older brains and what effects, if any, the rewiring would have on thinking.

So, for the new study — published in Neurobiology of Learning and Memory — Mark Gluck, a professor of neuroscience at Rutgers, the state university of New Jersey, US, and his colleagues decided to see what happened inside the brains and minds of much older people if they began to work out.

Helpfully, as the director of the Aging & Brain Health Alliance at Rutgers, he already was leading an ongoing exercise experiment. Working with local churches and community centres, he and his collaborators had previously recruited sedentary, older African-American men and women from the Newark, New Jersey, area. The volunteers, most of them in their 60s, visited Gluck’s lab for checks of their health and fitness, along with cognitive testing. A few also agreed to have their brain activity scanned.

Some then started working out, while others opted to be a sedentary control group. All shared similar fitness and memory function at the start. The exercise group attended hour-long aerobic dance classes twice a week at a church or community centre for 20 weeks.

Now, Gluck, his research associate Neha Sinha and other colleagues, invited 34 of those volunteers who had completed an earlier brain scan to return for another. Seventeen of them had been exercising; the rest had not. The groups also repeated the cognitive tests.

The scientists quickly noticed subtle differences in how the exercisers’ brains operated. Their scans showed more synchronised activity throughout their medial temporal lobes, and this activity was more dynamic. Portions of the exercisers’ lobes would light up together and then, within seconds, realign and light up with other sections of the lobe.

Such promiscuous synchronising indicates a kind of youthful flexibility in the brain. The exercisers’ brains would “flexibly rearrange their connections”, Gluck says, in a way that the sedentary group’s brains could not.

Just as important, those changes played out in people’s thinking and memories. The exercisers performed better than before on a test of their ability to learn and retain information and apply it logically in new situations. This kind of agile thinking involves the medial temporal lobe and tends to decline with age. But the older exercisers scored higher than at the start, and those whose brains displayed the most new interconnections now outperformed the rest.

This study involved older African-Americans, though, a group that is underrepresented in health research but may not be representative of all aging people. Still, even with that caveat, “it seems that neural flexibility” gained by exercising a few times a week “leads directly to memory flexibility”, Gluck says.