Advertisement
Home / Health / Is neurofeedback the new workout for the brain?

Is neurofeedback the new workout for the brain? 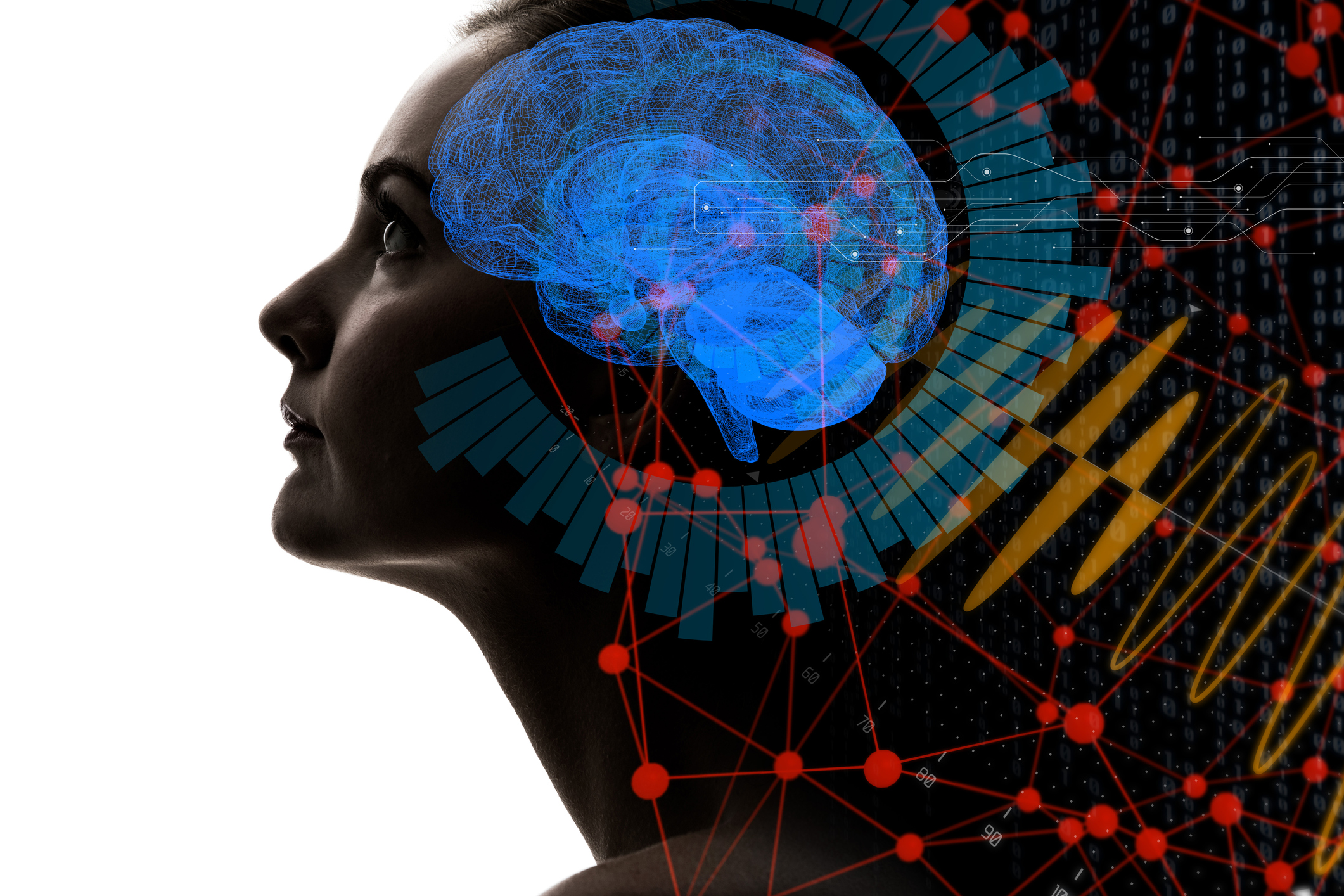 There’s no need to have Orwellian thoughts, yet, although it is true that some psychiatrists are not ready to buy into neurofeedback completely. The debate on which is a better way of treatment – the practice of sessions with a psychiatrist or a machine for brain training – has just opened up.
iStock photo
Manashi Sengupta   |   New Delhi   |   Published 25.02.19, 07:52 AM

While writing this report, I wanted to order biryani. I wrestled with the urge to switch windows. MS Word or Swiggy? I was undecided on the kind of biryani I should have – chicken or mutton, half or full-plate.

I finally decided to finish writing.

Had these thoughts zig-zagged across my head repeatedly when I was being monitored by a brain-machine interface at Neuroleap, the change in focus would have shown on a screen.

Neuroleap, run by Kumaar Bagrodia, offers neurofeedback as a standalone therapy which claims to cure Attention Deficit/Hyperactivity Disorder (ADHD), substance abuse, eating disorder, depression and several other problems without any side-effects or pills.

Neurofeedback centres abroad – in the US they have been around since the 1980s – too claim to cure these disorders. Theoritically, if a therapy can teach a human brain to curb overeating, it can also make a person lose weight by training his/her brain to eat less.

There’s no need to have Orwellian thoughts, yet, although it is true that some psychiatrists are not ready to buy into neurofeedback completely. The debate on which is a better way of treatment – the long accepted practice of sessions with a psychiatrist or a machine for brain training – has just opened up in India. This is a must-watch space. More is bound to happen.

A few American companies have described neurofeedback as a “workout for the brain”. At Neuroleap, it seemed anything but.

The “workout” was all done sitting quietly in an armchair.

During my brain-mapping test, every flutter of the eyelid, every twitch of a finger showed up on a screen as a disturbance in a wave pattern.

In a dimly-lit room, many nodes were placed on specific points on my head. The nodes, which had 160 sensory points, were connected to a computer. On a screen before me was the output of what the nodes read from my brain - waves patterns that were an amplification of electric signals emitted by my neurons. The nodes captured the electric signals by EEG or electroencephalogram, a common non-invasive procedure in mainstream medicine.

Bagrodia thinks the most advanced form of “brain training” in India now is neurofeedback and he has the right machine for it. He calls his patrons “clients”, not patients. He is an MBA from Oxford, not a doctor.

In Cadabam’s Hospitals in Bangalore, where neurofeedback is commercially offered as a treatment, all the practitioners are trained psychiatrists, going by the hospital’s website. Tim Harkness, who trained shooter Abhinav Bindra through neurofeedback before the Beijing Olympics, is a sports psychologist. But Bagrodia has trained on the application of the brain-machine interface and on how to read the data the machine throws up, not in psychiatry or psychology. 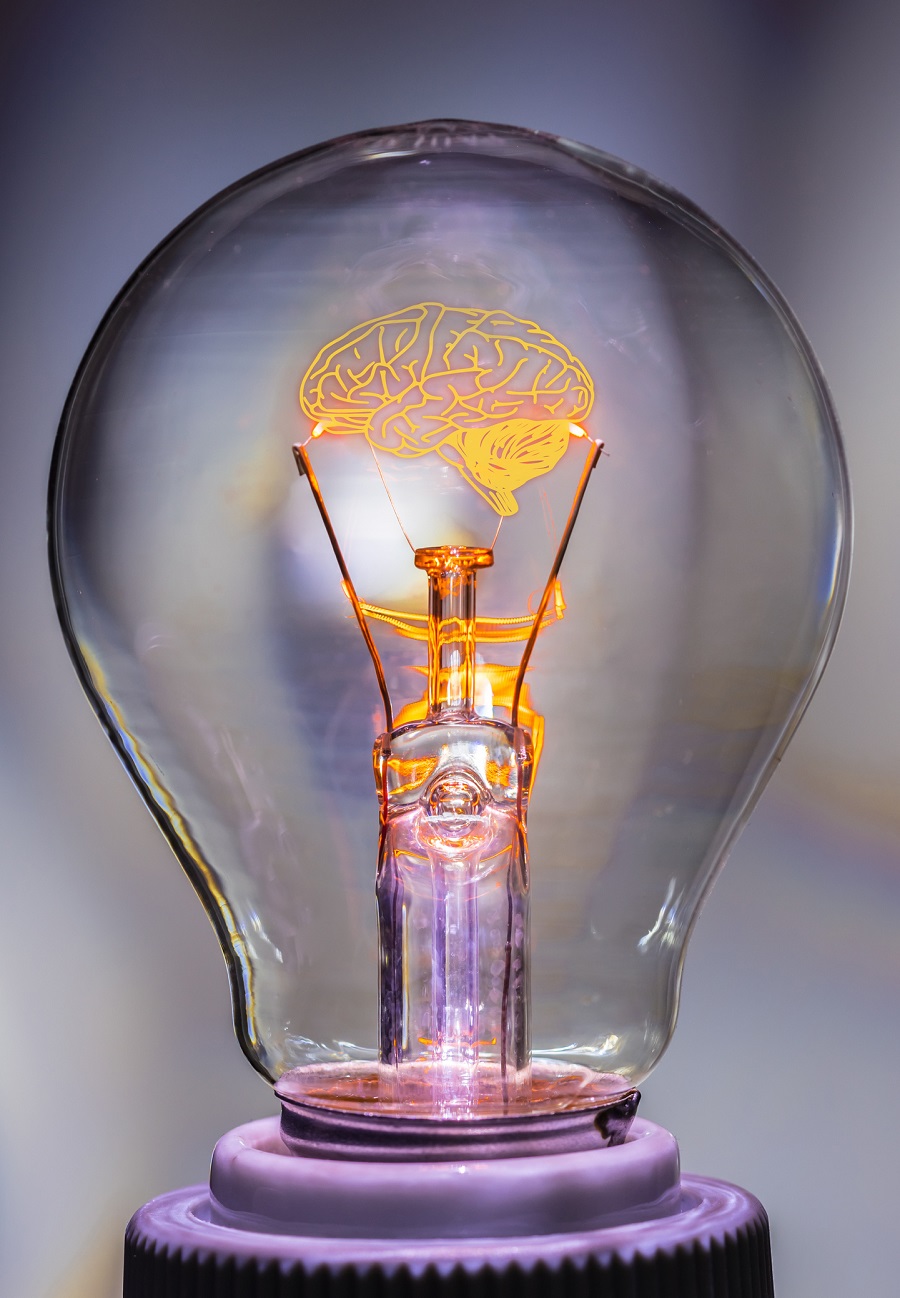 Medical treatments are put through randomised controlled trials to see if they work. There are isolated tests on neurofeedback so far. The data needs to be more robust before standalone commercial use is allowed in India, some psychiatrists feel.
iStock photo

Imagine a batsman at the nets facing a pace bowling machine under the gimlet eye of his coach. Every time the batsman middles the ball, the coach claps.

In reality, when the batsman hits the ball well the first time, he creates an “aha moment” in his brain. The neuron networks of the brain that control movement planning and execution are turned on. So also the occipital cortex that controls vision, and the cerebellum that commands balance and coordination. The networks that dominate language use or negative thinking would be off.

Each time the batsman replicates the perfect hit – initially at a slower rate, then more steady - he makes his brain function in a certain way. The coach’s clap is the feedback in neurofeedback. If Bagrodia was the coach, he would have said the batsman had generated “good data” - the correct neural signals for the task at hand.

In the dimly-lit room at Neuroleap in south Delhi, Bagrodia’s attempt is to replicate the net practice routine of hit-reward-repeat with the BCI machine.

For a treatment cycle, a client first does a general neurofeedback analysis, which I went through. The client may find nothing wrong with her brain that requires more attention and can stop just there.

However, if there are problems, more sessions would be planned. Say, the client has struggled with structured thinking of late, then the software would be customised to look at neural networks that control executive functions and salience, among other things. Each time data indicates that the specific networks are working at the optimum level, a light will flash indicating reward to the client. The rest, according to Bagrodia, is self-learning and correction of the subconscious brain, like the batsman trying to middle the ball each time to get positive feedback. All the client has to do is sit quietly with the headset on.

Bagrodia interprets the data for his clients.

A few points are key in the context of this therapy.

The first is neuroplasticity. Simply put, it means the human brain alters itself over time and with exposure to certain agents. This is a scientifically proven fact but comes with a rider. Ashish Deshpande, the founder of Child Psychiatry Centre in Goregaon who has also worked on geriatric mental health, said neuroplasticity is a known truth in medicine but it reduces with advancing age. Two of Bagrodia’s clients that this website spoke to were in their forties.

Second, the brain feels naturally motivated by the possibility of reward. Each time it generates “good data”, it wants to replicate that experience, neurofeedback practitioners say.

Deshpande, however, gave an example to explain the trickiness of predicting human motivation. “A schoolboy in New York would want to play baseball, not cricket, he said. If that same boy was raised in Mumbai, he would have wanted to play cricket more than baseball. He would have known from his surroundings that playing cricket well would lead to a more rewarding experience. The milieu is an important motivator,” the doctor said.

Deshpande pointed out that a trained psychiatrist would figure out these aspects about her patient. But neurofeedback as a standalone therapy is driven by raw data that the brain generates.

Third, going by Bagrodia’s assessment, a person with PTSD may not need to go to a psychiatrist if neurofeedback becomes a mainstream standalone treatment. He needs to understand his brain map.

Deshpande cautioned that dependable scientific data is absent right now in this field. “Medical treatments are put through randomised controlled trials to see if they work. There are isolated tests on neurofeedback so far. The data needs to be more robust before standalone commercial use is allowed (in India),” he said.

If a practitioner like Bagrodia can deliver on every promise he makes to his clients, soon wannabe models and actors would want to coach their brains for weight loss. It would also mean that a clinician with an advanced brain-reading machine could attempt to occupy the space of a psychiatrist.

In the 1970s and 1980s, a compounder would visit a patient’s home and draw blood for sugar-level tests and measure blood pressure. Now, there are digital trackers for BP and sugar levels. The compounder has vanished from our lives. Disruptions in the doctor-to-patient flowchart are not entirely new, but these have not upset the position of a formally trained physician yet. 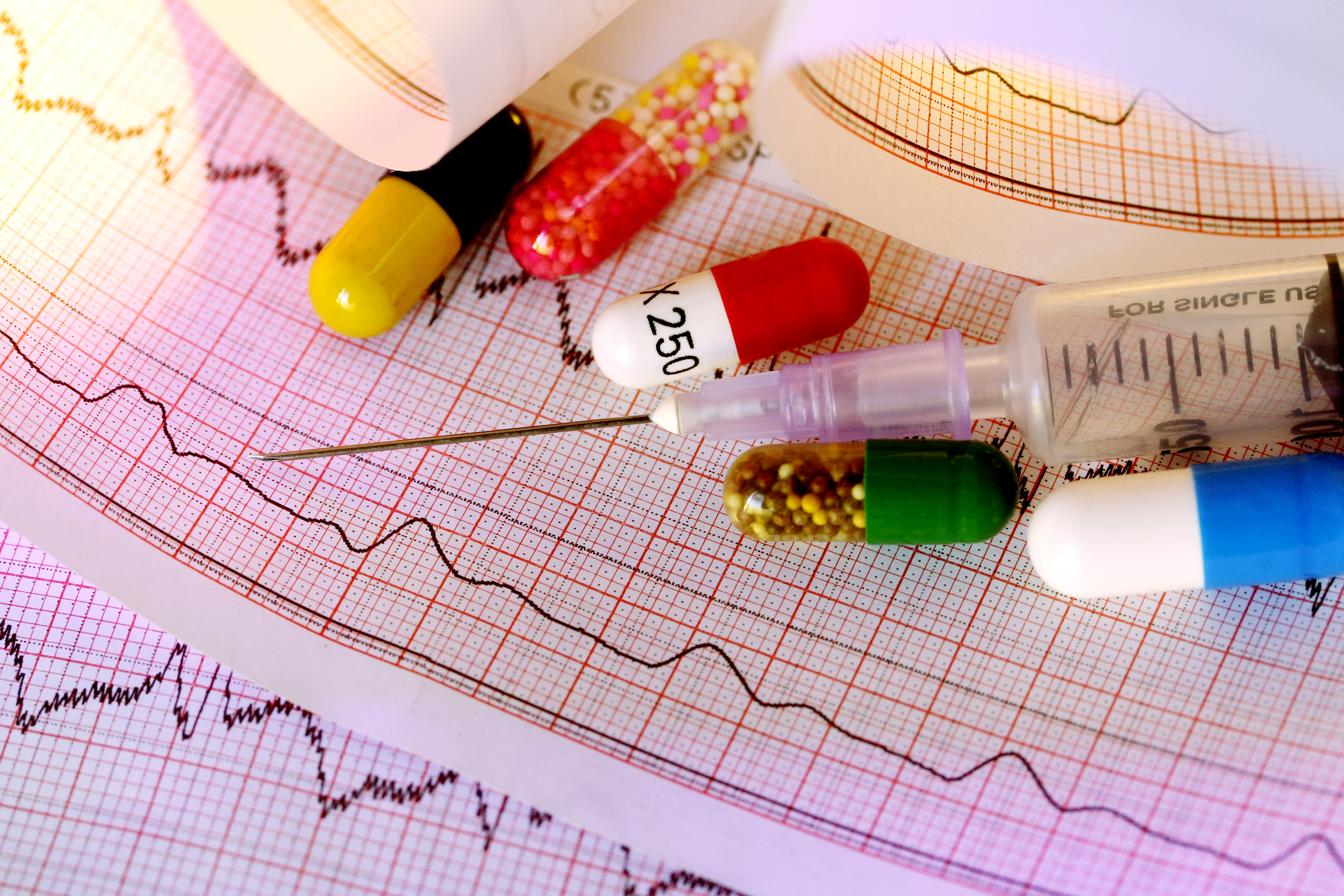 “Non-invasive”, “no side-effects” and “no drugs” - these are words patients love. Those who are long-time sufferers of depression or sleep disorders want to break the vicious cycle of drugs on which their well-being seems ever-dependent. Neurofeedback could seem like the silver bullet.
iStock photo

His clients are from all kinds of professions, from small towns and metros, some adolescents and others successful middle-aged professionals, Bagrodia said. He did not want to give out numbers, just as he was wary about giving details of the training he underwent because he sees fierce competition ahead.

Two persons spoke to this website as Neuroleap’s clients. Neither gave identification details following a confidentiality clause signed with the company. One of them, a homemaker of 43 and mother of two in Mumbai, said the prospect of travel or having guests over made her anxious. She was always on a short fuse and tried homoeopathy for relief. She switched to neurofeedback because she wanted a non-invasive form of treatment. A year after the treatment, she felt she had improved.

The other client was a banker in his forties in Gurgaon who said his ability to take correct decisions at work had suffered. Neurofeedback put him back on track.

Abhinav Bindra, who got India a gold in the 10-metre air rifle category in the 2008 Beijing Olympics, partly credited neurofeedback for his performance. Players of Chelsea FC and several European football clubs get biofeedback, in which neurofeedback is a component.

To leap or not

“Non-invasive”, “no side-effects” and “no drugs” - these are words patients love. Those who are long-time sufferers of depression or sleep disorders want to break the vicious cycle of drugs on which their well-being seems ever-dependent.

But the therapy costs way more than several strips of pills. The first sitting in Neuroleap would cost a client Rs 25,000. Treatment over repeated sittings, stretching up to a month, could cost well over a lakh. Also, it may take a month or more of therapy to show changes in behaviour.

Neurofeedback is not covered under health insurance in India, which means it is only for the rich right now.

Nor are there regulations governing its commercial practice. It could become a playground for all kinds of dubious players soon.

If neurofeedback takes off in India, then there may come a day when brain-computer interface kits will be available for online purchase, just like pace bowling machines are now sold on Amazon.

The question of at-home BCI machines was put to Bagrodia. It would be unsafe to try neurofeedback on oneself because interpreting the data would be tricky, he said.

The therapy is still some distance away from attaining critical mass in the country.

Bagrodia, when he’s asked what he does for a living, tells people that he runs “an applied neuroscience company that uses a brain-computer interface”. If the answer gets him a hard stare, he explains that the machine “tries to understand people’s brains to improve them”.