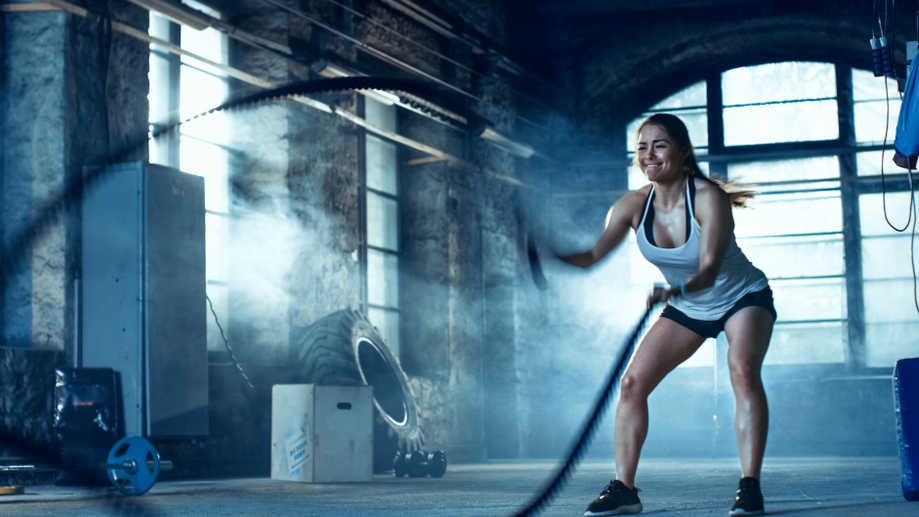 If you increase your heart rate, will your lifespan follow? That possibility is at the heart of an ambitious new study of exercise and mortality. The study, one of the largest and longest-term experimental examinations to date of exercise and mortality, shows that older men and women who exercise in almost any fashion are relatively unlikely to die prematurely. But if some of that exercise is intense, the study also finds, the risk of early mortality declines even more, and the quality of people’s lives climbs.

Scientists have known for some time, of course, that active people tend also to be longlived people. According to multiple past studies, regular exercise is strongly associated with greater longevity, even if the exercise amounts to only a few minutes a week.

But almost all of these studies have been observational — they looked at people’s lives at a moment in time, determined how much they moved at that point, and later checked to see whether and when they passed away. Such studies can pinpoint associations between exercise and life spans, but they cannot prove that moving actually causes people to live longer, only that activity and longevity are linked.

To find out if exercise directly affects life spans, researchers would have to enrol volunteers in long-term, randomised controlled trials, with some people exercising, while others work out differently or not at all. The researchers then would have to follow these people for years, until a sufficiently large number died to allow for statistical comparisons of the groups.

Such studies, however, are complicated and expensive, one reason they are rarely done. They may also be limited, since over the course of a typical experiment, few adults may die. This is providential for those who enrol in the study but problematic for the scientists hoping to study mortality; with scant deaths, they cannot tell if exercise is having a meaningful impact on life spans.

Those obstacles did not deter a group of exercise scientists at the Norwegian University of Science and Technology in Trondheim, Norway, however. With colleagues from other institutions, they had been studying the impacts of various types of exercise on heart disease and fitness and felt the obvious next step was to look at longevity. So, almost 10 years ago, they began planning the study that would be published in The BMJ.

Their first step was to invite every septuagenarian in Trondheim to participate. Mortality studies involving older people are the most likely to return useful data, the scientists reasoned, since, realistically, there will be more deaths among the elderly than the young, making it possible to compare differences in longevity between study groups.

More than 1,500 of the Norwegian men and women accepted. These volunteers were, in general, healthier than most 70-year-olds. Some had heart disease, cancer or other conditions, but most regularly walked. Few were obese. All agreed to start and continue to exercise more regularly during the upcoming five years.

The scientists tested everyone’s aerobic fitness as well as their subjective feelings about the quality of their lives and then randomly assigned them to one of three groups. The first, as a control, agreed to follow standard activity guidelines and walk or otherwise remain in motion for half an hour most days. Another group began exercising moderately for 50 minutes twice a week. The third group started a programme of twice-weekly high-intensity interval training, or HIIT, during which they cycled or jogged at a strenuous pace for four minutes, followed by four minutes of rest, with that sequence repeated four times.

Almost everyone kept up their exercise routines for five years, returning periodically to the lab for tests and supervised group workouts. The scientists noted that quite a few of the participants in the control group had dabbled in HIIT classes at local gyms, on their own initiative and apparently for fun.

After five years, the researchers found that about 4.6 per cent of the original volunteers had passed away during the study, indicating these active older people were living longer than others of their age.

But they also found interesting, if slight, distinctions between the groups. The men and women in the high-intensity interval group were 2 per cent less likely to have died than those in the control group, and 3 per cent less likely to die than anyone in the longer, moderate-exercise group. People in the moderate group were, in fact, more likely to have passed away than people in the control group.

The men and women in the HIIT group also were more fit and reported greater gains in their quality of life compared to the other groups.

In essence, says Dorthe Stensvold, a researcher at the Norwegian University of Science and Technology who led the new study, intense training — which was part of the routines of both the interval and control groups — provided slightly better protection against premature death than moderate workouts alone.
Stensvold believes the study’s message can be applicable to almost all of us. “We should try to include some exercise with high intensity,” she says. “Adding life to years, not only years to life, is an important aspect of healthy aging, and the higher fitness and health-related quality of life from HIIT in this study is an important finding.