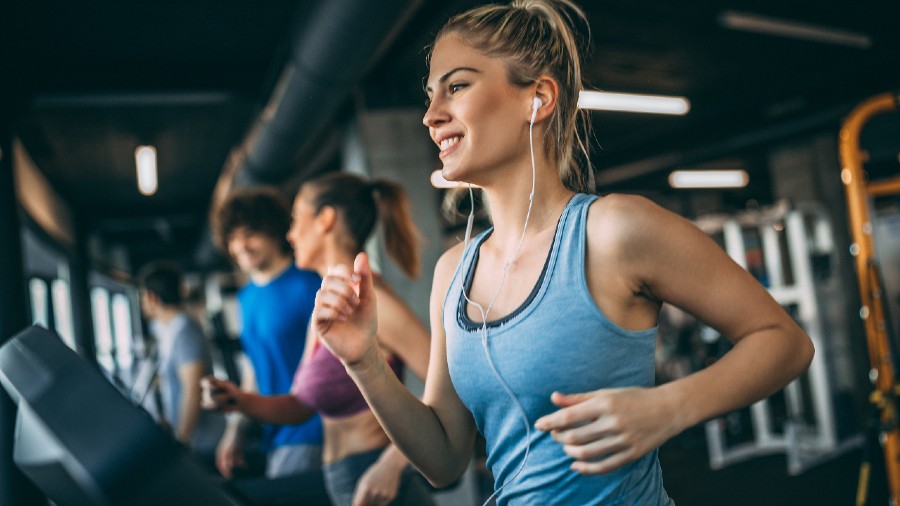 Anyone with a passing interest in fitness is familiar with the concept of high-intensity interval training
Shutterstock
Gretchen Reynolds   |     |   Published 24.02.21, 12:17 AM

People who have never tried intense interval training might be surprised to find that the workouts can be more appealing than they anticipate, according to a new study of people’s emotional reactions to different types of workouts.

The study, which involved inactive adults sampling intervals and other types of exercise, often for the first time, found that some — although not all — of them preferred the intense efforts to gentler workouts. The findings challenge common assumptions about the disagreeableness of high-intensity exercise and also suggest that the best way to decide which workout might entice you is to play the exercise field.

Almost anyone with a passing interest in fitness is familiar with the concept of high-intensity interval training. Consisting of brief, repeated bursts of strenuous exercise interspersed with periods of rest, HIIT has become a trendy if controversial way to work out. Past studies show that even a few minutes of interval training improve fitness and health as much as hours of milder exercise. But in some cautionary psychological studies, novice exercisers report disliking such intense training, which would seem to limit the workouts’ long-term allure.

Few of these past studies have directly compared people’s feelings about intense and moderate exercise in head-to-head, in-depth exercise matchups, however. So, for the new study, which was published in August in Psychology of Sport & Exercise, researchers at the University of British Columbia, in Kelowna, Canada, recruited 30 sedentary but otherwise healthy young men and women who said that they had not tried intense interval training before.

The researchers invited the men and women to the lab and talked to them there, at some length, about what they had heard about interval training and more traditional exercise, including whether they thought they would be able to complete such workouts and enjoy them.

In general, the volunteers expressed knowledge of but also trepidation about interval training. Most worried that such workouts would be beyond them, physically, and would feel awful.

Then the researchers asked the volunteers to exercise. On one visit to the lab, each completed a standard, moderate workout, riding a stationary bicycle for 45 minutes at a sustainable pace. During another visit, they all tried HIIT for the first time, pedalling strenuously for one minute, resting for a minute and repeating the sequence 10 times. During a third session, they were introduced to super-short intervals, consisting of three repetitions of 20-second, all-out pedalling spurts, with two minutes of rest between each interval.

During and after each workout, the researchers asked the volunteers how they felt. In general, most gasped that they were not having fun. But afterward, reflecting on the experience, many told the researchers that maybe those workouts had been tolerable, after all. Surprised and pleased they had gotten through the intervals, a majority of the volunteers reported that they now considered the longer HIIT session to have been the most pleasant of all of the workouts.

Supervised lab sessions are not a good reflection of real-life exercise, however. So, as a final step in the study, the researchers asked the volunteers to go home and work out on their own for a month, keeping exercise logs, then return to the lab to talk with the researchers again.

This month of do-it-yourself workouts proved to be revealing. Almost everyone remained active, with most completing frequent, moderate exercise sessions, like the 45-minute bike rides. But many also threaded some sort of interval training into their weekly workouts, although few replicated the structured intervals from the lab. People tended to sprint up and down stairs or grunted through some quick burpees and other body weight exercises.

Most interesting, during their subsequent, prolonged interviews with the researchers, the volunteers who interval trained on their own said they felt more engaged and motivated during those workouts than in the longer, continuous-intensity sessions, even when the intervals were physically draining.

The upshot of the study data would seem to be that many of us might want to consider HIIT, if we have not already, said Matthew Stork, a postdoctoral fellow at the University of British Columbia, who led the new study. We might surprise ourselves by liking the workouts.

“What the data really show is that there is no one-size-fits-all way to work out,” Stork said. The best exercise will be the one each of us ultimately relishes most, he says. It may require some experimentation, though.

Of course, this study involved healthy young adults and followed them for a month. Whether people who are older or have health concerns will respond similarly to intervals and whether anyone will stick to their chosen workouts for more than four weeks remains uncertain. Also, people who have not exercised in some time should generally consult a physician before tackling a new exercise routine.