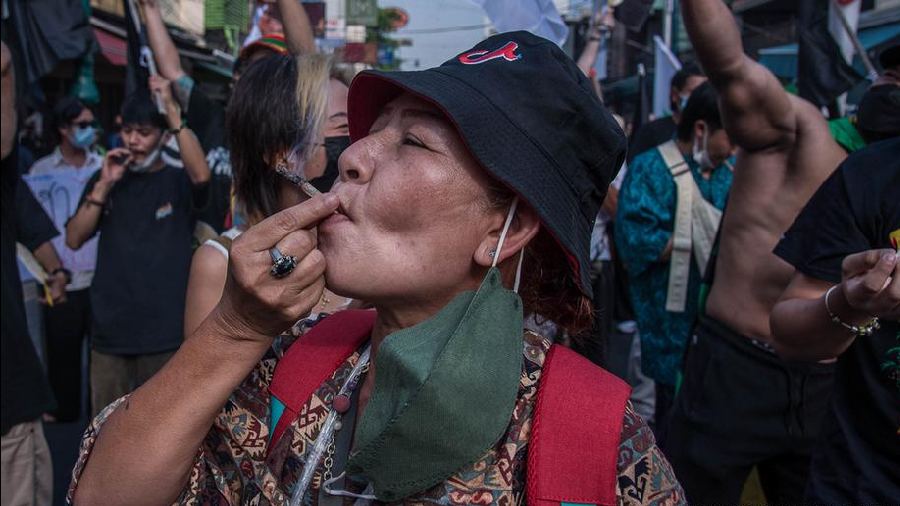 As marijuana gets legalized in more and more countries, lawmakers will have to figure out how much a person is legally allowed smoke before driving.
Deutsche Welle
Deutsche Welle   |   Published 19.08.22, 12:31 PM

As Germany comes closer to legalizing marijuana, politicians, doctors and lawyers alike will have to come to some kind of agreement on how much a person can legally smoke before driving.

Limits on alcohol consumption before driving — people's blood alcohol content must be below 0.05% in Germany and below 0.08% in the US — have been heavily researched. But with few case studies to work from, it is hard to say how much cannabis a person should be allowed to consume before operating a vehicle.

A team of researchers from universities across Germany conducted a systematic review of studies on cannabis use and car accidents in 2021 to try and assess that risk.

Ultimately, the German researchers could not come up with a clear cutoff to recommend implementing into law, like the 0.05% for alcohol.

Another issue: THC levels in the blood are harder to measure than alcohol levels. While alcohol wears off over the course of a few hours, THC remains longer, making it unclear whether a person was high while driving, or if they had just gotten high the night before.

"It may be unclear whether the cannabis consumption is occasional or frequent, or when the last cannabis intake occurred prior to the crash," the study authors wrote.

This is a significant challenge to researchers because the effects of smoking weed generally peak after 30 minutes and wear off after four hours, the researchers wrote. So if a person gets into an accident 12 hours after smoking weed, you cannot point to the drug as the clear cause of the accident.

In many US states and Canada, THC limits in the blood have been set to 2 or 5 nanograms per milliliter, or ng/ml, for drivers. Many European countries have a limit of 1ng/ml.

But some have criticized Europe's limits because they may not indicate impairment in people who smoke weed very frequently who have developed a tolerance to the drug.

"Due to the accumulation of cannabinoids in fat, some daily users may have blood THC [levels that are higher than] 1 ng/ml after a week or more of abstinence," the authors wrote.

Did you smoke a joint or eat a weed cookie?

The variability of weed highs depending on consumption can also complicate results. How soon after consumption a person gets high depends on how they consume the drug. If a person smokes weed, they can expect to get high in minutes. But if they eat weed in edible form — a brownie, for example — they may not feel high until an hour after they consumed the edible.

And because recreational marijuana use is illegal in Germany and weed isn't sold in regulated quantities, it is impossible for users to know how much they have smoked. One joint might contain much more — or much less — weed than another.

Smoking marijuana can affect your driving

The most conclusive way to study the impact of cannabis on people's driving skills would be to have people consume some of it, then have them go drive a car on a normal road, according to a 2021 study called "Cannabis and Driving" by Yale researcher Godfrey Pearlson.

This obviously isn't possible for ethical reasons, so researchers are left to make do with measuring the effect in simulated situations. Although these studies can offer some insight, they do not perfectly simulate real traffic conditions.

Generally, researchers have found that cannabis can impact people's concentration and attention on the road, and also significantly impacts a person's ability to weave through other cars in traffic. People's reaction times generally weren't impaired, and drivers didn't seem more likely to drive faster than normal.

Overall, people were generally more impaired while driving after drinking. This has also been confirmed by a French study that tracked fatal accidents over the course of two years.

Studies conducted in the US also found that accidents associated with the use of marijuana were more frequent in states where the substance was legalized, suggesting that the drug's acceptability had caused people to take it less seriously.