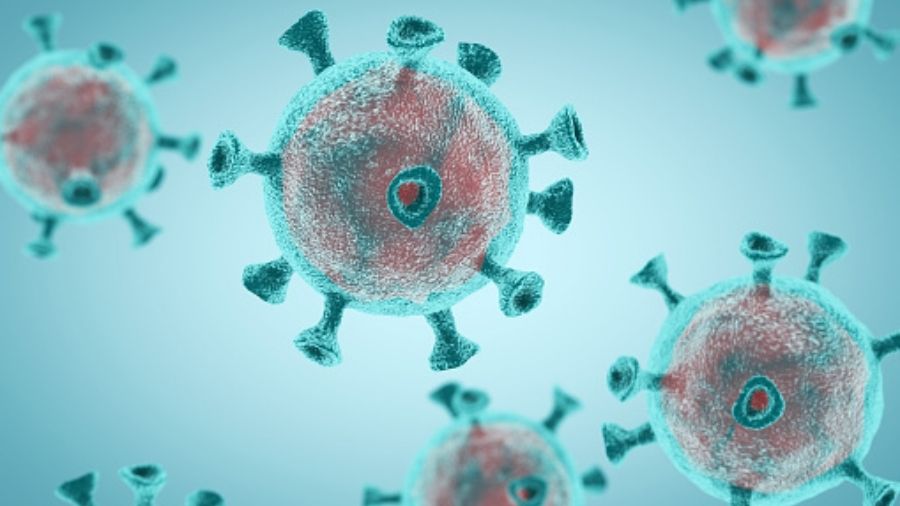 Changes that happen in the genome of the SARS-CoV-2 virus in an infected person reflect at the population level as a variation, according to a study that researchers say will be of enormous utility in predicting the spread and infectivity of viral Covid strains.

Tracking the changes that happen in the virus inside a host in individuals and populations might provide important leads to the viral sites that are favourable or disadvantageous for the survival of SARS-CoV-2 that causes Covid-19, the researchers said.

The team behind the recent study included researchers from the National Centre for Disease Control and the CSIR-Institute of Genomics and Integrative Biology (CSIR-IGIB) in Delhi, as well as the Institute of Life Sciences in Bhubaneswar, the Academy for Scientific and Innovative Research in Ghaziabad, the CSIR-Centre for Cellular and Molecular Biology (CSIR-CCMB) in Hyderabad and the Indian Institute of Technology, Jodhpur.

Reacting to the findings of the study, virologist Upasana Ray explained that the emergence of viral variants is dependent on its successful reproduction in the host.

"Mutation is a very common phenomenon in the life cycle of any virus. While a virus undergoes replication and multiplies inside the host cell, small nucleotide alterations occur," Ray, a senior scientist at Calcutta's CSIR-Indian Institute of Chemical Biology told PTI.

"As a virus gets transmitted more and more, within its host it gets plenty of chances to accumulate such changes and thus variants emerge," Ray, who was not involved in the study, said.

In the yet-to-be-published study posted on the preprint repository BioRxiv on July 27, the researchers analysed samples of Covid-19 diagnosed patients from two different time periods of the pandemic.

In phase 1 of the study, the team analysed 1,347 samples collected latest by June 2020 from China, Germany, Malaysia, UK, US and different subpopulations of India to perceive a genome-wide intra-host single nucleotide variation (iSNV) map in SARS-CoV-2 infected populations.

A single nucleotide variation (SNV) is a substitution of a nucleotide -- a basic building block of the genetic material of the virus.

According to Ray, iSNV are the variations happening inside the host. She added that these mutations might or might not ultimately reflect at the population level.

For an intra-host SNV to survive, such a variant should be able to multiply and spread and hence establish itself, the scientist said.

The researchers observed 18,146 iSNV sites spanning the viral genome, including those that defined the B.1 and B.6 lineages.

Interestingly, 41 per cent of all unique iSNVs identified in these samples were found to be reported as an SNV by 30th September 2020 in one or more samples submitted in GISAID, increasing to 80 per cent by 30th June 2021, the authors of the study noted.

GISAID is a global science initiative and primary source that provides open access to genomic data of influenza viruses and the coronavirus responsible for the COVID-19 pandemic.

They found evidence that iSNVs can over time manifest into SNVs in populations.

In these samples, iSNVs could be recorded to be present in the population in most of the Delta (B.1.617.2) and Kappa (B.1.617.1) lineage-defining genomic positions prior to their fixation as SNVs by February 2021, the researchers said.

These results highlight the importance of recording iSNVs as an extension to the genomic surveillance programmes to enable more accurate models for viral epidemiology, they said.

The authors also observed iSNVs in 87 per cent of the sites in the spike protein -- which the virus uses to enter and infect the human cells -- that have been recently reported to confer antibody resistance.

Current vaccines are directed against the spike protein of SARS-COV-2 virus.

These mutations can have major implications in vaccine response as they could alter the immunogenicity, the authors said.

Immunogenicity is the ability of a vaccine to provoke an immune response in the body.

"The study reveals important insights about residues favourable or not favourable for the survival of this virus and thus might help to engineer the next generation therapeutics which targets these mutation prone proteins," Ray added.