There is no proof that cough syrups cure a cough. Tea with honey or chocolate syrup are better bets. 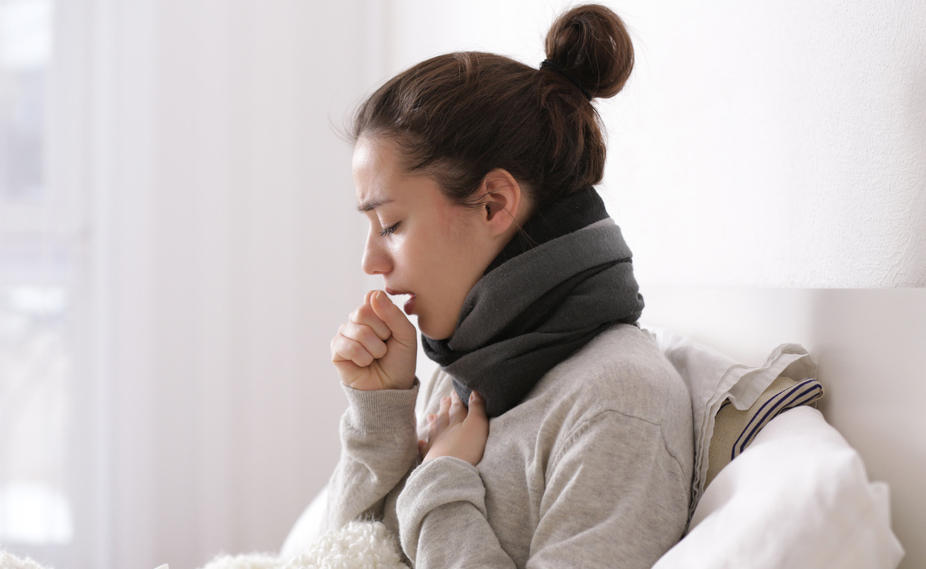 Under normal circumstances, cough is a very useful reflex that can help clear the airways of mucus or an irritating substance. Coughs become troublesome when they linger for weeks on end or when a sudden tickle triggers a coughing fit.
Shutterstock
Jane E. Brody   |   Published 07.03.19, 11:27 AM

On a South American trip last month with two of my grandsons, the younger developed a cough. He had no fever, congestion or fatigue, said he felt fine, ate and slept normally and stayed well-hydrated. But eight days later, after watching a live raptor show for 90 minutes in freezing winds, his cough was noticeably worse.

As the responsible adult, I decided to get him an over-the-counter cough medicine — the Ecuadorean version of Robitussin DM. I now know that my grandmother’s remedy of chicken soup or tea with honey, or perhaps a syrup with sweetened cocoa powder, as a new study found, might have been a better choice to soothe his irritated airways.

Coughs are one of the leading reasons for visits to the doctor and trips to the drugstore, where shelf-long displays of nonprescription cough medicines can overwhelm even the most discerning consumer. Yet evidence is sorely lacking for the value of any over-the-counter remedy to treat coughs, be they wet or dry. More likely, any significant benefit people get from cough medicine is probably due to the placebo effect: You think — you hope — it will help, so it does, at least temporarily. But even when cough medicines help a little, they do not cure or shorten the duration of a cough.

People anxious for relief and convinced that cough medicines should work buy them anyway, Dr Norman H. Edelman, a pulmonologist at Stony Brook University School of Medicine, US, and scientific adviser at the American Lung Association, told me.

He’s not suggesting that cough medicines don’t work at all, just that there is as yet no proof that they do. They are not free of side effects, however rare, and some can be hazardous for people with high blood pressure or congestive heart failure. And, as their labels state, they should never be given to children younger than four.

Because manufacturers try to hit all bases, over-the-counter cough remedies most often contain combinations of three or four ingredients when a patient may need only one or two. Typical ingredients include a cough suppressant, an expectorant and an antihistamine, when better hydration or drinking hot tea with honey may be all someone really needs to quell a nagging cough.

I haven’t had occasion to try this yet, but Dr Alyn Morice, a respiratory specialist at the University of Hull, UK, and founding member of the International Society for the Study of Cough, recently cited a randomised controlled trial involving 163 patients that showed a chocolate-based cough medicine to be superior to standard cough remedies. The explanation: Cocoa has demulcent properties. That is, it soothes irritated mucous membranes by forming a protective film, covering nerve endings that trigger the urge to cough.

Under normal circumstances, cough is a very useful reflex that can help clear the airways of mucus or an irritating substance. Coughs become troublesome when they linger for weeks on end or when a sudden tickle triggers a coughing fit in the middle of a play, concert or lecture.

Most lingering coughs are the residual effect of a cold or flu, can last for weeks and weeks, get better or worse, and still not represent anything more than a nuisance. But the misery associated with coughs sends more than 30 million people to the doctor every year. And there are circumstances under which a doctor should be consulted.

Among them, Edelman said, are patients with underlying medical conditions like COPD (chronic obstructive pulmonary disease) or asthma. “People with asthma should have an action plan established in consultation with their doctor — what to do ‘in case’ a cough develops,” he said. “It’s best to catch it early because it’s harder to treat when it’s well-established.”

He added, “People with a significant underlying health problem should not wait four weeks to see a doctor.” Also, he said, “if every winter you get cold after cold followed by a cough, you should see a doctor right away.”

Other circumstances that warrant medical attention include persistent coughs that interfere with the ability to sleep; coughs associated with fever, chills and feeling unwell; and coughs that produce blood in the sputum.

Then there are the coughs that become chronic, persisting beyond eight or more weeks. They could result from an irritated, inflamed airway that may require treatment with an inhaled corticosteroid to reduce the inflammation.

Writing in The New England Journal of Medicine, Dr Ashley Woodcock and Jaclyn A. Smith estimated that chronic cough affects “as much as 12 per cent of the general population”. It affects more women than men, most often in their 40s and 50s, and can persist for years “with substantial physical, social and psychological effects”.