The joy of cooking 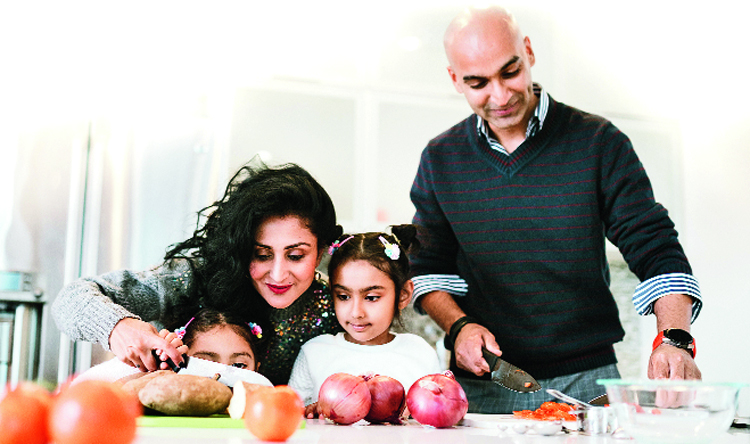 Many nutrition experts blame processed foods for the obesity epidemic, suggesting that a return to home cooking would turn it around. But now some researchers are arguing that it oversimplifies the obstacles poor and middle-class families face.

The case against processed foods has been growing. A flurry of recent studies provided new evidence that these foods, which are typically loaded with salt, sugar, fat and chemical additives, heighten the risk of obesity and chronic disease.

Scientists at the US National Institutes of Health found that people ate more calories and quickly gained weight on a diet of ultra-processed foods such as diet beverages, fruit juices, pastries, baked potato chips, canned foods and processed meats. Studies in the journal, BMJ, showed that people who ate significant amounts of these foods had increased mortality rates and cardiovascular disease. These findings prompted health experts to urge people to limit their intake of ultra-processed foods.

But that might be easier said than done. Highly processed foods have become the dominant food source, accounting for almost 60 per cent of calories. Americans across the socioeconomic spectrum consume them in increasing amounts. But studies show their intake is highest among low-income families. Many households depend on them because they are cheap, convenient and, in some cases, the only option.

This link between poverty and processed foods is illustrated in a new book written by three sociologists who study food, families and inequality. The authors — Sarah Bowen, Joslyn Brenton and Sinikka Elliott — studied 168 poor and middle-class families in North Carolina, a state where 1 in 3 adults is obese and 1 in 10 has diabetes. The researchers followed the families for up to five years and profiled them in depth, spending hundreds of hours visiting them in their homes and observing them as they shopped and prepared meals.

Their research challenges the notion, repeated by many nutrition experts, that Americans can reverse the obesity epidemic if they ditch processed foods, get back into the kitchen and make healthy meals from scratch. While that will work for some people, Bowen and her colleagues argue that it is not a realistic solution for families that have limited time and money.

National surveys show that 48 per cent of Americans cook dinner six or seven nights a week, and another 44 per cent cook two to five nights a week. The data show that low-income families spend more time cooking than wealthier families, and they consume less fast food than middle-class households. But the researchers found that many families faced an array of obstacles to healthy eating. Some lived far from a decent grocery store, and had to spend hours riding a bus to buy groceries or ask friends and relatives for a ride. Many would run out of money at the end of the month and look for ways to stretch what little food they had. Some did not have reliable stoves and refrigerators, or lacked pots and pans and other basic kitchen tools. Others turned to their local food pantries, which provide a lot of processed foods that are shelf-stable such as breakfast cereals, pasta, crackers, packaged snacks and canned meats and soups.

With so many hurdles in their way, the researchers found, working class families would often shy away from foods that cost more, spoil quickly or require a lot of preparation, and instead turn to things that they could cook easily, store for a long time and stretch into numerous meals.

“If you’re strapped for cash and running out of food every month like a lot of families did in our study, the cheapest thing you can buy is ramen, hot dogs, and boxed macaroni and cheese,” said Bowen, an associate professor of sociology at North Carolina State University, US. “We asked everyone in our study what would you buy if you had more money to spend on food, and the most common answer was: ‘Fresh fruit for our kids.’”

According to federal data, about 15 million US households suffer from food insecurity, meaning they do not have enough food to meet their needs. One family profiled in the book — a mother, her two young children and their grandmother — moved into a dilapidated hotel room after they were evicted from their home. The grandmother spends her days watching the children while their mother goes out looking for work. The family gets by with help from food stamps, Medicaid and vouchers that they receive through the Women, Infants and Children program, or WIC. They have no dinner table or even a kitchen. Instead they gather on a bed and eat meals that can be prepared in a microwave, like frozen pizzas.

There are no easy answers. But the researchers say what is needed are policies that better support families, like universal child care, paid parental leave, a higher minimum wage and sick leave. Employers can help by changing the culture of work so that parents can leave in time to pick their kids up from school, spend time with them at home, and still have time to prepare healthy dinners.

Another solution they propose: lawmakers can fund universal free lunch programmes in schools, which is where many children get many of their daily meals. Making school meals free and nutritious would go a long way to help families.

“The bottom line of what we found is that families are stretched thin and they’re up against a lot,” Elliott said. “Our big message is that if we really value healthy families, then we need to figure out ways to support them.”