Advertisement
Home / Football / Donny to don No.34 at United for friend Nouri

Donny to don No.34 at United for friend Nouri 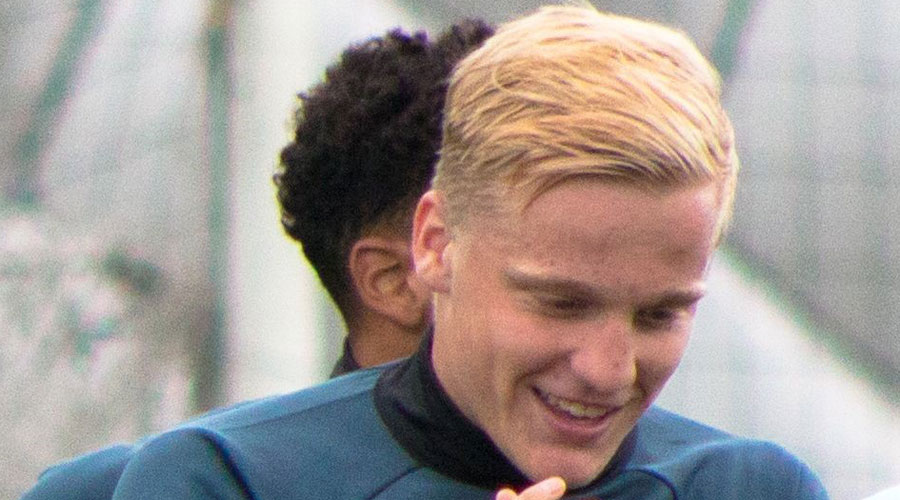 Manchester United’s new midfielder Donny van de Beek has said he will wear the No. 34 on his jersey as a tribute to former Ajax Amsterdam teammate Abdelhak Nouri, who suffered brain damage after a heart attack in 2017.

Nouri, who also wore the number, made his senior debut in 2016-17 before his playing career ended prematurely after he suffered cardiac arrest in a pre-season friendly in Austria.

Despite being revived on the pitch and rushed to a hospital, Nouri suffered serious and permanent brain damage.

“This is a special thing for me because of my good friend Abdelhak Nouri,” Van de Beek, who joined United from Ajax on a five-year contract on Wednesday, told the club’s website.

“He had a heart attack... I’m really close with his family and his brother is one of my best friends and I talk a lot with them. So I decided to take his old number on my shirt and I want to get good memories with this number.”

Another Ajax academy graduate, Phillippe Sandler, also chose the No. 34 after joining Manchester City in 2018.

Thoughts of Nouri are never far away from Van de Beek, who previously paid tribute to his friend after scoring in the 34th minute of a Champions League victory at Juventus last year.

Ajax, who had continued to pay Nouri after the incident, formally cancelled his contract in March.

Dutch media reported at the time that the club were in talks with Nouri’s family about a future solution for the player, who had been moved to a specially adapted room at home after years in hospital.

Van der Sar is currently the chief executive officer at Ajax, and played a major part in brokering the deal between two of his former clubs.

The youngster, speaking to Manchester United’s official website, recalled watching the former Netherlands goalkeeper star for United in the past.

“Yes, I talked with him [Van der Sar] and he told me a lot of stories about the club and about everything.

“He told how big the club is and how nice an experience he had with it,” Van de Beek said.

“Yes, it’s a really big history. I watched a lot of their matches before and I also had a really good meeting with the coach [Ole Gunnar Solskjaer] and that for me was a really important thing.

“We talked about football things, about the club and I always make decisions about my feelings and my feelings were directly good with everything. That was for me an important thing.”

“It seems our paths have crossed again. One of ours is joining you this season. And like so many players before him, he’s been with us since he was just a little boy.

“Shortly after his debut, he became one of our best. Especially the last couple of years were amazing.

“Please take good care of Donny, and help him dream. Enjoy the future.”