Here’s a quick recap of the week that was for the Tamil, Kannada and Malayalam film industries 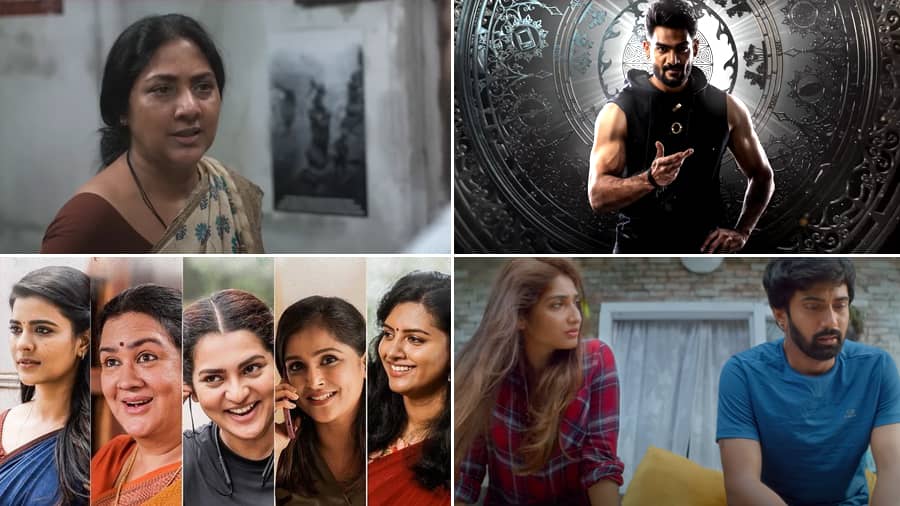 Following the trailer launch of Daali Dhananjaya’s Once Upon a Time in Jamaaligudda and Vinay Fort’s Vaathil, the makers of other upcoming movies from the Tamil, Kannada and Malayalam film industries dropped new trailers and teasers last week. Here’s a look at some of them.

Highlighting the cruel realities of manual scavenging, the two-minute-long trailer follows a mother’s journey to get justice for her son, who was killed while doing the job. Shraddha Srinath plays a woman willing to stand up for the truth. It looks like a hard-hitting social drama with an important message.

Witness will be streaming on Sony Liv from December 9.

The motion poster of Telugu star Kartikeya’s upcoming film Bedurulanka 2012 has been released by the makers. Helmed by Clax, the film also stars Neha Sshetty in the lead role. The film is said to be inspired by Japanese master filmmaker Akira Kurosawa’s 1954 epic samurai film Seven Samurai.

Actress Parvathy Thiruvothu has shared the first official poster of the upcoming Malayalam film Her on Instagram. Directed by Lijin Jose, who previously directed Friday and Low Point, the film is written by Archana Vasudev.

In the trailer, we see a plastic surgeon narrating his love story during a TEDx speech. There is also an ongoing court case involving the surgeon. The trailer promises a complex story of love, identity crisis and acceptance.

Mukhachitram will hit the cinemas on December 9.

The trailer chronicles a middle-class mother and daughter who are facing some hiccups in their love lives. The mother is stuck in a loveless marriage, while the daughter is confused about her feelings.