The portrayal of Elizabeth II, Diana and Charles in Season 5 will decide the fate of Netflix’s prestige drama 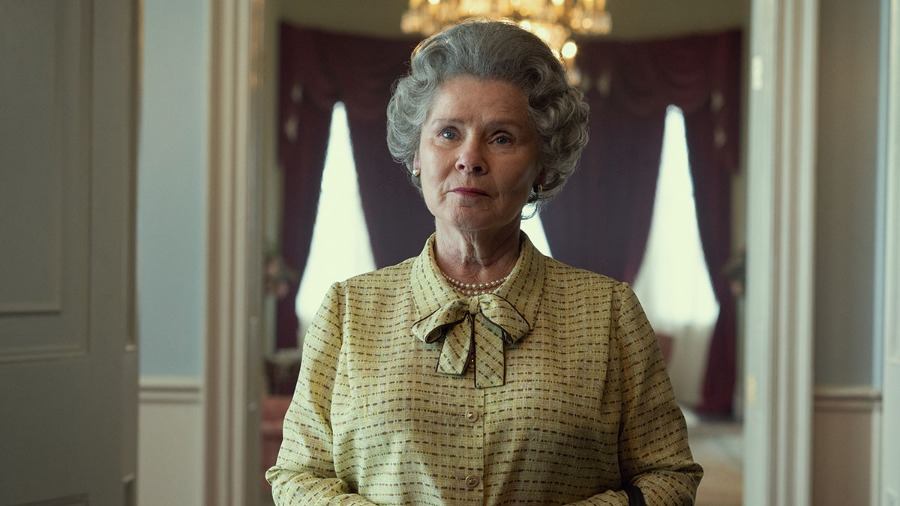 “Its mystery is its life…we must not let in daylight upon the magic,” wrote Walter Bagehot, a 19-century British polemicist, on the British monarchy. In 2016, British screenwriter and playwright Peter Morgan weighed up the words of the most enduring commentator on Britain’s most enduring British institution and cast them aside. With his Netflix show, The Crown, Morgan was ready not just to “let in daylight” upon Britain’s royal family but to exhibit — even expose — it in all its glory, tragedy and farce. Six years and four seasons later, The Crown is the embodiment of pristine prestige drama oscillating between documentary and historical fiction. With Season 5, set in the royally tumultuous decade of the 1990s, premiering on November 9, here are five reasons why the new season will either cement The Crown’s status or crush it for being out of touch with reality and public emotions.

It is an open secret that Buckingham Palace is not delighted with the latest season of The Crown streaming less than two months after Britain’s longest-reigning monarch and the show’s protagonist, Queen Elizabeth II, breathed her last. Following the death of the Queen, it was expected in some quarters that Morgan and Netflix would postpone the new season to next year out of deference for a historic passing. All they did was stop shooting for a few days for the sixth season, scheduled for 2023.

While there will be sympathy for Staunton as well as even more eyeballs on her performance in the wake of the never-ending press Elizabeth II’s demise received, any misstep from the writers or Staunton herself can prove costly. Season 5, which should see the Queen go from the genial guardian of a nation to the cold, perhaps even conniving, protector of pomp and propriety, will undoubtedly rub monarchists the wrong way. Even those against rule by birth may bristle at the prospect of Staunton unveiling the darker shades of a recently deceased nonagenarian, let alone the most popular monarch of the last two centuries. And yet, if anyone can emerge sure-footed from a terrain of slippery sensitivity, it is Staunton, whose innate poise may be enough to prevent a huge backlash and seal the role of a lifetime (alongside an Emmy or two).

“Well, there were three of us in this marriage, so it was a bit crowded,” said Princess Diana to BBC’s Martin Bashir in an interview for Panorama in November 1995. The sentence made it clear that the influence of Camilla Parker Bowles, now Queen Consort, had been terminal for Diana’s marriage to Prince (and now King) Charles. The interview, which will be recreated in Season 5, had shocked the world at the time with Diana’s revelations about her dysfunctional marriage, royal apathy and her own struggles with postnatal depression, self-harm and bulimia. Such was the impact of the 54 minutes of an unfiltered Diana on national television that the Queen and her advisors decided that Charles and Diana should divorce without haste (the couple was living separately since 1992).

At first glance, Elizabeth Debicki seems as if she was born to play Diana, and her interview in the show will likely be the ultimate litmus test. The interview has gained even more notoriety in recent years with details of Bashir forging bank statements to obtain Diana’s trust and that’s why this will be the most anticipated episode of the show. How Morgan and Netflix strike the balance between sensationalism and sentiment in depicting the interview will be key to how the season is going to be analysed and accepted.

Elizabeth Debicki seems as if she was born to play Princess Diana.
Netflix

Since Netflix has already confirmed a sixth season of The Crown and Morgan has previously stated a rough timeline till 2005 for the show, it is tricky to predict whether Diana’s death will feature in this season or the next. Either way, the prelude to the most controversial royal death in public memory will be a part of Season 5, leaving loads of room for polarised reception, bemusement and, of course, more conspiracy theories. For the record, the official version till date remains that Diana’s death in Paris in 1997 happened because of the negligence of Henri Paul, her chauffeur, with the relentless paparazzi in tow also guilty. Will the show take the official version as sacred truth or imply that there was royal insinuation at play? The answer could invite anything from sighs of relief to cancellation on Twitter to potential legal troubles.

King Charles is unlikely to enjoy season five should he watch it.
TT Archives

Regardless of one’s exact position on the Charles-Diana-Camilla love triangle, it is difficult to argue how Charles (played by Dominic West hereon) does not come off the worst from digging deeper into the personal lives of all three. Since digging deeper is precisely what Season 5 is going to do, King Charles and his retinue better keep an eye out. The previous four seasons of The Crown never glorified the Queen beyond belief but at least treated her with a reverence not reserved for any other character. Charles, who has already come across as hopelessly naive, irritatingly petulant and stubbornly snooty in the show, might just be on the verge of appearing as a serial philanderer (and no, not just with Camilla). Just in case Morgan and Netflix were wondering what is riskier than giving offence to a recently dead ruler (see the first point), it is giving offence to a presently living one.

Prime Minister as the Leader of the Opposition

“A barrel-load of nonsense,” is how John Major, set to feature as Britain’s Prime Minister in the form of Jonny Lee Miller in Season 5, described The Crown, after footage surfaced from the new season of an exchange between Major and Charles about the potential abdication of the Queen. Major — fortunately or unfortunately — happens to be the first ex-PM of the UK who will be alive when The Crown is streaming with them in the show. If Morgan has taken political critics at face value, then his depiction of Major in the 1990s will not be a flattering one.

It is one thing to tinker with royal reputations, but to toy with the image of the far pricklier politicians entails flirting with the limits of artistic licence. Depending on what else Major has to say once Season 5 is out, the likes of Tony Blair (Major’s successor in Downing Street) and every UK PM since (maybe with the exception of one Boris Johnson, who may just lap it all up!) could be wary of how The Crown redefines their legacy in Season 6 as well as in any potential sequels.