As host Karan Johar has announced a Season 8 of Koffee With Karan for 2023, we are ‘manifesting’ an entertaining watch 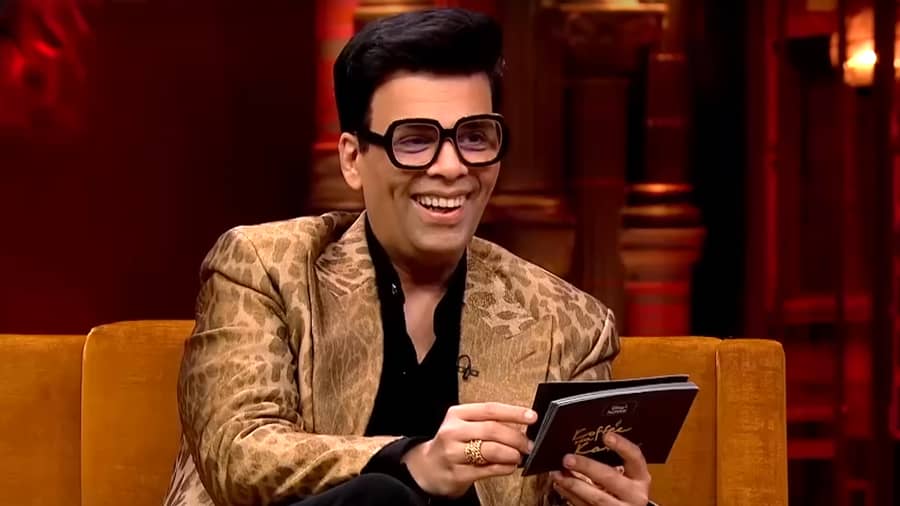 They had their guard up, were either tight-lipped about the interesting things or shared too much detail about things we didn’t care for. The celebrity guests on Koffee With Karan have rarely been so blah like they were in Season 7.

The 13-episode series neither engaged nor amused us. What was once a free-flowing adda between friends and colleagues, steered by Karan Johar, became a platform for actors to promote their films. Here’s a lookback at all the things that made the seventh season a letdown and a few sparkly moments.

The two exes are the only two people who have appeared in all seven seasons of Koffee With Karan. In Season 7, Kareena Kapoor — a Koffee “legend” in her own words — accepted that over the years she has gained a certain “amount of calm and zen”. Which means we missed the old Bebo and her fiery answers from the previous seasons.

Shahid Kapoor was in Kabir Singh mode and in awe of ‘Preeti’ Kiara Advani. He thought Kiara was the best actress and she was always the girl to take home to. We missed Shahid’s fun side and punchlines from the earlier seasons.

Katrina Kaif, the guest who didn’t change much

Katrina Kaif was perhaps the only guest this season who didn’t change much from her composed avatar, beside the fact that she had married Vicky Kaushal.

The way she described her “husband” Vicky was heartfelt. She went on to share that this wasn’t her first relationship, so “frills and fun” apart, she was in admiration of Vicky’s “loyalty to his family”, and his “principles and values” were what that’s going to take them through in the long run.

Sonam Kapoor gave us the most fun moment

Accompanied by her cousin brother Arjun Kapoor, Sonam Kapoor had a gala time and also gave us the most hilarious moment and meme of the season when she misplaced Ayan Mukerji’s Brahmastra as ‘Shiva No 1’.

From keeping tabs on everyone’s fashion game to being clueless about the film industry goings-on, a pregnant Sonam remained the quintessentially funny one.

Season 7’s new addition — the Koffee Bingo — didn’t quite create the ripples it wanted to. This bingo could have added spice had all celeb guests been asked the same set of questions, but the set was toned down for some.

Also, the popular rapid-fire round wasn’t taken seriously by the celebrities this time. When we look back at the previous seasons, the same stars were so much more candid and fun.

TMI and cringe moments There were a few too-much-information moments that made us roll our eyes.

Maheep Kapoor divulged that Chunky Pandey and his wife Bhavana have sex in every country, every continent they visit. Varun Dhawan mentioned that his dog would find out and tell his wife if he tried to cheat on her. Kiara Advani made it sound like her appearance on Koffee With Karan meant more to her South Bombay friends than bagging a Dharma Productions film.

Certain things were so common in all the episodes that they seemed fixed up from before. Arjun Kapoor was called enough times by the guests when they had nobody else to call. His name was also used to answer controversial questions because he wouldn’t mind.

Given Kartik Aaryan’s fallout with Dharma Productions for Dostana 2, every time he was called by Ananya Pandey or Kriti Sanon, host Karan made a face.

And Karan’s Rocky Aur Rani Ki Prem Kahani hero, Ranveer Singh, was picked as the “potential superstar” and the “thirst trap” by many guests. We wonder if they did that to please the host.

In almost all the 13 episodes of Season 7, Karan’s introduction touched upon a few topics that he had been trolled for repeatedly in the past three years, and there was nothing new in it. For instance, his midlife crisis, his proximity with GenZ actors, him running a Bollywood kingdom, Bollywood actors producing babies so that he could launch them, shallow friendship — don’t we know it enough already?