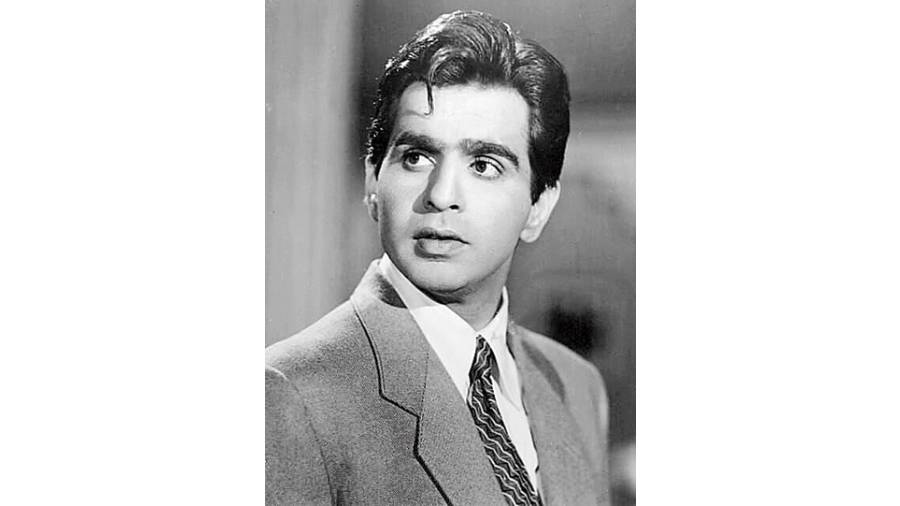 As a kid growing up in the ’80s, Sunday was a very important day for me for three reasons: mangsho bhaat (mutton curry and rice, which was a Sunday lunch staple), late afternoon football match (against other local clubs) and the weekly film on Doordarshan. One Sunday Baba said, ‘Don’t loaf around after your match is over. Come home by 6pm or else you will miss a good film.” As was the norm then, neighbours who didn’t have TV sets usually went over to the households that had. So, few of my friends too trooped in with me. That Sunday Ram Aur Shyam was being telecast. Initially we were a tad disappointed since it was not an Amitabh Bachchan film. And on top of that it was in black-and-white. But 15 minutes into the film, we got sucked into the narrative. And when Shyam disguised as Ram sauntered in and started exacting revenge, we jumped with joy and howled with laughter. One particular scene that has stayed on with me is the scene where Pran wants Ram to sign over the property to him not knowing that he is actually Shyam in disguise. When he refuses, Pran whips him but Shyam snatches the whip and whips Pran back. All us kids and some adults as well (though they didn’t display it) were overjoyed that justice is being served. Our cook Horida (we used to call him Horida from Florida, since he was perennially in his long shorts) got so emotional that he started shouting ‘Maar, maar...’ much to our amusement but to the consternation of Baba. That was the first film I had seen of Shri Dilip Kumar and I have been a fan ever since.

I belong to the VHS generation. VHS players started entering our households in the mid to late ’80s and video cassette libraries started mushrooming in every locality. Ours had four libraries and we used to pit each against the other to extract a healthy discount. We became voracious film buffs and I took this opportunity to watch many films of the ’60s and ’70s. (I still maintain that the ’60s were the golden age of Indian, and especially Bangla, cinema, but that’s for another day). It was how I watched Mughal-e-Azam, Ganga Jamuna, Madhumati, Sagina Mahato (the Bangla version), Kranti, Shakti, Mashaal and many other films of his. By then I was totally enamoured by his style of acting, his magnetic screen presence (even though he wasn’t a particularly tall or robust man, he stood heads above his taller co-stars on screen) and his dialogue delivery. The only other actor who could match up to him was Uttam Kumar. They were actually great admirers of each other.

My favourite Dilip Kumar films are Shakti and Mashaal. Watching Shakti is actually watching a masterclass of acting in progress. When you have two of the biggest superstars of the century in your film, all you have to do is to shout ‘Action’, sit back and watch the magic unfold. The scene where Dilip Kumar shoots Amitabh Bachchan and they exchange dialogues before Mr. Bachchan dies. Of course with a bullet in one’s back no one can stand up, let alone speak reams of dialogues. But the sheer mastery of both the superstars made us suspend our disbelief wilfully and watch the best of the best give a monumental performance. Or that scene in Mashaal where Waheeda Rehman falls seriously ill and Dilip Kumar tries to hail a vehicle to take her to the hospital. The way he exhibits his sheer helplessness and when Waheedaji dies on the road itself, the profound grief he displays on screen, is part of cinematic history. My eyes well up every time I watch it.

Saudagar was the only film of Dilip Kumar that I watched at a theatre and what an experience it was! The film was directed by Subhash Ghai and brought Dilip Kumar and Raaj Kumar together after almost three decades.

Both had very distinctive styles of acting and their USPs were their inimitable style of dialogue delivery, much mimicked but rarely duplicated. Being the canny showman, Ghai promoted his film as a final clash between the towering titans. It worked and when the advance booking counters opened on Wednesday, the tickets were sold out till Sunday, within two hours! I watched the film at Elite, a single-screen theatre in central Calcutta.

The audience was divided into the Dilip Kumar fans and Raaj Kumar fans. There was this scene where the erstwhile friends, now bitter enemies, confront each other. I shan’t forget the charged atmosphere in the theatre during that scene, till the day I live! Every time Dilip Kumar spoke, his fans roared their approval. Each time Raaj Kumar countered, his fans roared back louder. People cheered as if two MMA fighters were having a go at each other!

It was a sheer display of superior acting chops by the two thespians at the peak of their respective craft. That scene alone was worth the price of admission.

Dilip Kumar was a trailblazer. When he debuted in 1944, histrionics were the order of the day. Theatrical and melodramatic performances were preferred both by the trade and the audience. But even in his first film Jwar Bhata, directed by Amiya Chakraborty, he brought in a naturalistic style of acting. Though it went largely unnoticed, the few critics and the audience who watched it realised that they had witnessed something unique in this charming young man. He followed it up with Jugnu, Shaheed, Mela, Andaz and within six years of his debut became not just a superstar but also an actor who had a distinctive style of acting.

Both the superstars Amitabh Bachchan and Shah Rukh Khan have gone on record stating that they were heavily influenced by his style of acting. Personally, I have been bowled over by his diction and enunciation, his on-screen poise and his ability to use silence to convey so much. The general tendency of an actor is to mouth as many dialogues as possible. But rare is the actor who can take a few words and convey ‘pages’ of emotions.

As an actor, I have tried to imbibe his use of silence but a few editors consider silence to be extraneous these days and alas, completely edit out the meaningful pauses or shorten them to an extent that make them completely meaningless.

I shall end with a heart-warming anecdote shared by a friend who moved to London in the ’90s after his ISC and was studying at Oxford.

There was a healthy population of students of both Indian and Pakistani origins in his college who couldn’t see eye to eye and each time Javed Miandad jumped like a frog to rile Kiran More, the animosity grew thicker. The only time they sat together and behaved in a civil manner was when their British professor arranged for a film show starring Dilip Kumar.

At the end of the show when the projector was switched off and the chairs were folded, the professor’s stentorian voice rang out, “Remember, politicians divide but artistes unite.” Truer words could not have been uttered for the artiste of artistes, the doyen of Indian cinema, the legend Shri Dilip Kumar.