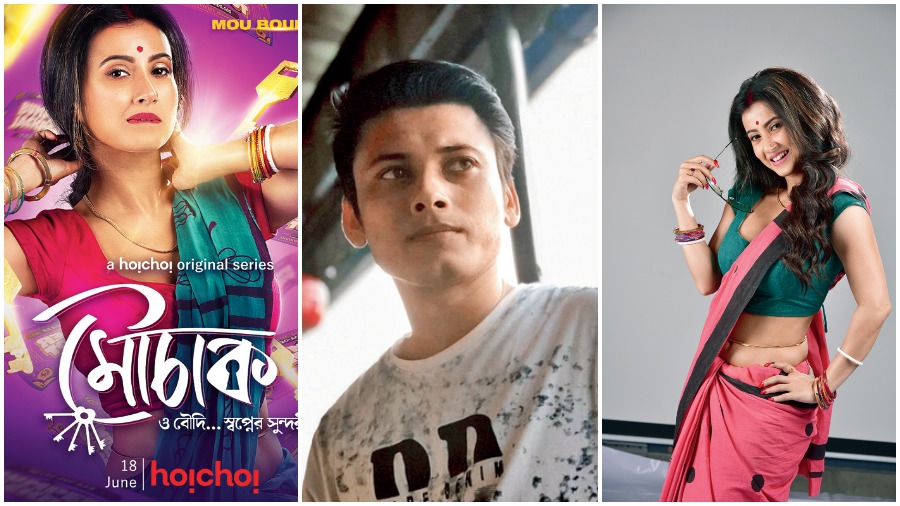 He is known for directing thrilling adventure films which also double up as mystery stories that take you on a journey into the unknown. With his upcoming Hoichoi web series Mouchaak, director Sayantan Ghosal shifts gears but retains his signature style for a story where a sense of intrigue and the element of thrill drive the narrative. “With Mouchaak, one can expect pure entertainment. It’s a story of a fateful night — accidental deaths, a Rs 1.5 crore lottery ticket and a few strange characters thrown into this mess... it’s really crazy. I had worked with comedy before with Tenida, but this kind of dark humour was new to me, though I wanted to try it at some point. All the characters are grey, and you don’t have to think of being morally correct. It’s really fun doing stuff like these once in a while,” says Sayantan. Mouchaak, a dark comedy, follows the escapades of Mou Panda, played by Monami Ghosh. “I was offered to direct Mouchaak by Sahana Dutta (writer and producer), and what instantly got me hooked was the writing. The way the story started, and then the detour to a fun twisty thriller, shocked me,” says Sayantan. Mouchaak streams on Hoichoi from June 18.