Thor: Love and Thunder and Vikrant Rona emerge as the biggest box-office winners in July

The India Box Office Report by Ormax Media shows a declining trend in box office performance, with July being the worst month of 2022 so far 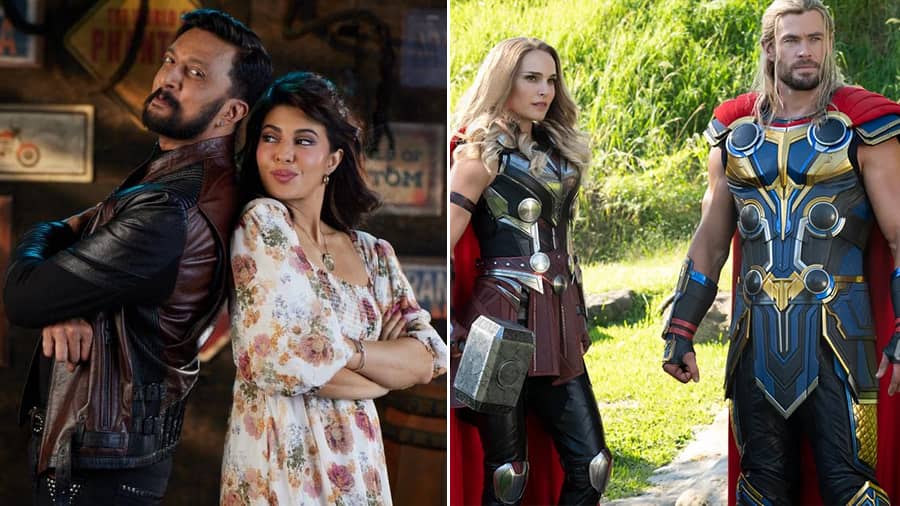 A total of Rs 628 crore was grossed at the domestic box office in India by films releasing in July 2022, the lowest collection of any month this year. According to the second edition of The India Box Office Report, prepared by Ormax Media (India’s first specialised insights consulting firm for media and entertainment), the box office collection has been going down in each of the last four months, with March 2022 — with a collection of Rs 1,665 crore – being the last month that saw an improvement on the previous month’s collection.

Thor: Love and Thunder — the clear winner in July

Based on these metrics, Marvel’s latest big-screen release Thor: Love and Thunder came out on top in July. Directed by Taika Waititi, Love and Thunder may not have been a comprehensive entertainer like Ragnarok but it still managed to impress Indian viewers sufficiently to register Rs 121 crore at the box office. Well behind Thor is the Kannada hit Vikrant Rona, which closed out July at Rs 96 crore. A box office abyss separates Vikrant Rona in second and Ranbir Kapoor’s comeback film Shamshera in third, which could only muster Rs 53 crore. The Mohit Suri-directed Ek Villain Returns and R. Madhavan’s heartwarming directorial debut Rocketry: The Nambi Effect rounded off July’s top five at Rs 51 crore and Rs 41 crore, respectively.

July’s box office toppers cannot hold a candle to the biggest successes of the year so far, led by K.G.F: Chapter 2, a mega blockbuster that fetched an astronomical collection of Rs 970 crore. Occupying the runner-up spot in the highest grossing films of 2022 is the epic action drama RRR, which notched up a staggering Rs 869 crore. With a little more than one-third of RRR’s haul at the box office is The Kashmir Files in third, which, in spite of polarising the audience (or perhaps because of it), fetched Rs 292 crore at the box office.

The India Box Office Report further reveals a 34 per cent share of Hindi films in the gross domestic box office, some way ahead of Telugu (24 per cent) and Tamil (15 per cent). Despite the impressive business done by Thor, Hollywood’s piece of the pie remains at a miserly 9 per cent. To lend some more context to the data, the domination of Hindi films at the box office has been marginally better this year as compared to the pandemic years of 2020 and 2021 (when it had a 28 per cent share) but is still some way off the pre-pandemic hegemony, when Hindi films constituted 43 per cent (2018) and 39 per cent (2019) of the box office. So far in 2022, 41 per cent of the business done by Hindi films have come from movies originally made in other languages, with a large chunk of that down to K.G.F: Chapter 2 and RRR.