This Thor: Love and Thunder clip is raising questions about MCU’s relationship with CGI

If CGI is one of the core aspects of Marvel Cinematic Universe’s Phase 4, the newest films may need to rethink their story-building 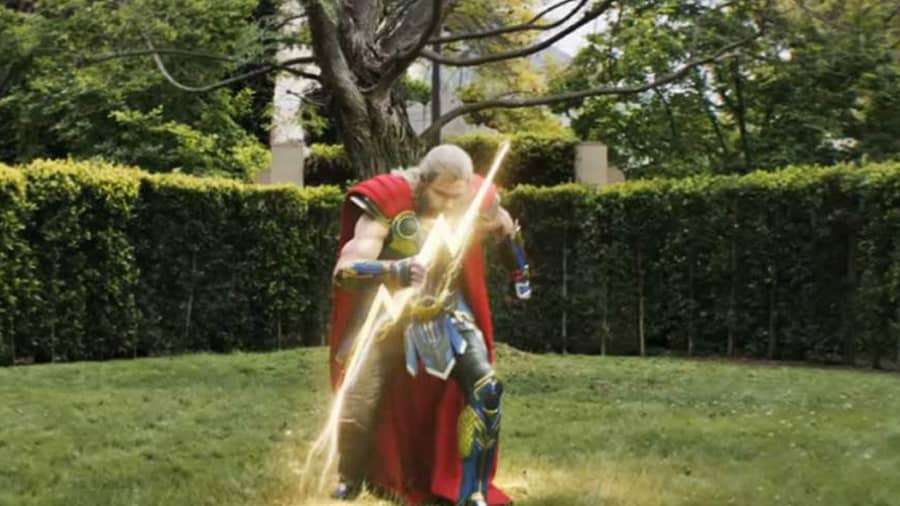 MCU (Marvel Cinematic Universe) has its share of critics and it’s easy to see why viewers would be wary of similar-looking CGI-fuelled rompers or expect the storytelling to be more seasoned after so many movies. The existing sense of monoculture has led to a sort of Marvel fatigue and has opened up a slew of discussions over the franchise’s handling of the Phase 4 movies, which have often been slammed as disjointed or lacking in direction.

Thor: Love and Thunder was supposed to be the saving grace with Natalie Portman taking on the mantle of Thor, Christian Bale playing Gorr and Taika Waititi doling out his usual comic treatment. Plus, the film reportedly took something between $185 and $200 million to make, which would at least guarantee some pretty slick VFX. Why then are cinephiles on Twitter roasting the film’s visual effects?

Twitterati noticed a particularly shoddy moment in Thor: Love and Thunder, which seems to have been staged quite lazily. This random clip quickly became meme fodder for Marvel naysayers. The scene featuring Hemsworth’s Thor wielding the lightning bolt in the middle of a garden does look sloppy and may even appear quite ludicrous when presented out of context.

Brohh, there’s no way this is an actual shot from the newest $200+ Million Thor movie….

WHAT THE FUCK.
WHY? pic.twitter.com/ywpxosaOQV

First it was Flash walking on the sidewalk in NWH with an obvious green screen shot, people got mad.
Now, Thor with Zeus's lightning bolt $200 million still shot, people getting mad
For what exactly? I don't get it. Grow the hell up, people 🤦 and move on

But film-centric pages and critics, in general, are taking this opportunity to compare this shot with other visually superior stills from films which took less money to make (yikes)!

New Thor did not deserve a 200 million+ dollar budget. That was Disney+ quality.

The debate really boils down to how the MCU usually handles its visual storytelling and how often it relies on digital effects. Doctor Strange in the Multiverse of Madness, the last movie in Phase 4, was a barrage of special effects and offered very little in the theatrical department.

In the post-Avengers: Endgame phase, MCU’s story-building is visibly suffering. As the franchise grew, its dependence on CGI peaked.

In fact, viewers have gone so far as to say that MCU shows like Moon Knight and WandaVision work fine as long as they aren’t being superhero shows but are spotlighting the human moments.

I think another issue with phase 4 is that Marvel are side-lining their superhero roots. Wandavision, Moon Knight, Ms Marvel are all most interesting when they aren't a superhero show, and thats fine but then they suddenly remember they are Marvel and rush the superhero stuff

For MCU, this is a problem because its industry rival DCEU (DC Extended Universe) has managed to hold on to its brand appeal. It’s possible that MCU simply needs to reassess its priorities. Writer and filmmaker Jesse Hawken pointed out that the new Elvis Presley biopic – Baz Luhrmann’s Elvis — cost $85 million and has more visual appeal than the new Thor film. This doesn’t just mean there needs to be more acute studio supervision but also a pivot in terms of creative output.

The new Baz Luhrmann film ELVIS cost 85 million dollars and looks great, looks like it may have cost double that in fact. This new THOR movie cost 185 million, where did the money go? pic.twitter.com/fAjMyERn7A

To be fair, Thor: Love and Thunder would probably bring in quite a lot of cash. It looks like a fun way to spend a couple of hours. However, the jury’s out on whether that’s enough for the big picture.