Advertisement
Home / Entertainment / The Telegraph curate a list of films for you to chill with at the end of a hot, restless day

The Telegraph curate a list of films for you to chill with at the end of a hot, restless day

Minari, the semi-autobiographical feature from director Lee Issac Chung, will bring back oodles of those summertime memories spent with the family 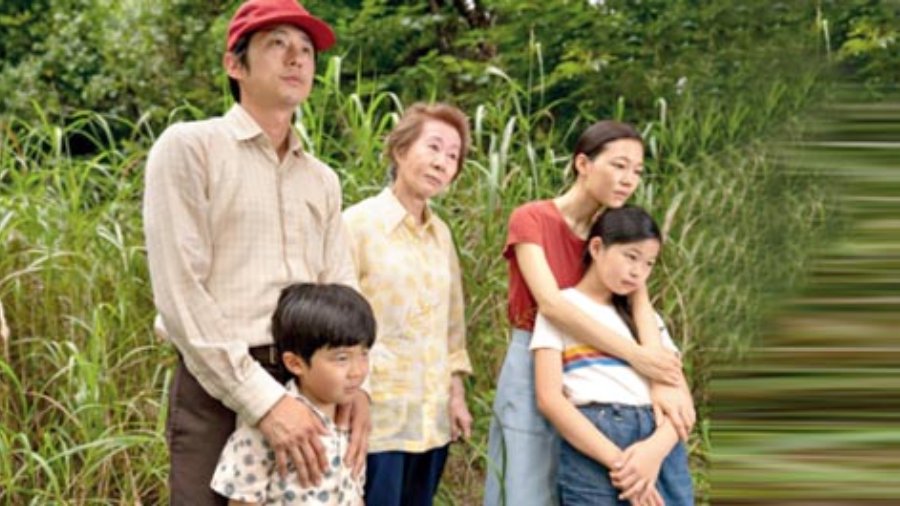 Nothing like the old days when the family used to be together. Afternoons spent with grandparents, listening to their stories, and the sense of disassociation that comes after shifting to another place. Minari, the semi-autobiographical feature from director Lee Issac Chung, will bring back oodles of those summertime memories spent with the family. Even though it deals with a specific Korean-American family that settles in an Arkansas farm, the familial charm of Minari is universal. This understated, elegantly performed film (in particular, Youn Yuh-jung as the fiery grandma) will steal your heart.

In this David O. Russell film, two misfits cannot help but gatecrash each other’s sanity. One is Pat Salitano Jr (Bradley Cooper), fresh out of mental rehabilitation. The other is the young widower Tiffany Maxwell (Jennifer Lawrence), whose nymphomaniac tendencies got her out of work. Together they are a magnetic force, constantly at odds, pulled apart and yet staying close enough to understand each other a bit better than the ones around them. Unabashedly entertaining, Russell’s film is a ball of fire and ice.

Greta Gerwig, the poster girl of romantic-existentialist moody drama, made her directorial debut with Lady Bird, a film about an adolescent girl’s coming-of-age story in Sacramento. Saoirse Ronan is unforgettable as the uninhibited protagonist, who will go to any lengths to get away from her hometown and move “where culture is”. This ensures a constant feud with her mother (played by Laurie Metcalf) whose fierce love and compassion is buried somewhere within the responsibility and burden of raising a rebel. Fellow rebels living alone, hustling in another city in this summer, will relate to the bones. By the time Lady Bird ends, you know who to call.

Trust Céline Sciamma to do no wrong. The Portrait of a Lady on Fire director returned with a ravishing, joyous fantasy that has to be seen to be believed. When eight-year-old Nelly meets a mysterious girl in the woods who resembles her, they begin to form an unlikely connection. The rest is an odyssey through intergenerational identity and connection that will make your heart swell in wonder. In a tight runtime of 72 minutes, Sciamma makes every second count. It is a perfect end-of-the-day watch, one that leaves you with a sweet lingering aftertaste.

A Cindrella story about an Asian-American woman named Rachel Chu (Constance Wu) utterly gobsmacked by the high status of her boyfriend Nicholas Young (Henry Golding) is at the heart of this feature. The riches present a land of fantasy for Chu, who is lost in the frenzy, but there awaits Michelle Yeoh’s domineering mother Eleanor Sung-Young who will make sure her son does not just fall for anyone and marry. The rest is a breezy, entertaining ride, one that suits perfectly with the indoor summer vibe. A spin-off involving the supporting characters is reportedly in the works, with Gemma Chan and Harry Shum Jr set to return.

Even if you have read the Jane Austen classic, or watched the series adaptation that had the indelible Colin Firth as  Mr Darcy, there’s something that makes us return to Joe Wright’s 2005 film adaptation. Keira Knightley as the spirited Elizabeth Bennet matches none. Along with Matthew Macfadyen as Mr Darcy, she is in the midst of this classic drama of enemies-turned-lovers, retold with less rigidness and additional romance. Add to it the gorgeous costume and production design, and you’ve got hooked to another rewatch this summer.

This Steven Spielberg film shifted the paradigm of the blockbuster feature way back in 1975, and even decades later, its unadulterated thrill has not aged one day. Expertly crafted and thrillingly told, Jaws is a chilled-out rewatch plan that can never go wrong. We all know what happens — a great white shark spreads havoc on a beach which prompts police chief Martin Brody (Roy Scheider) to hunt it down with the help of a marine biologist and shark hunter. The rest is a story told in blood and water. The tagline of Jaws — “See it before you go swimming!” remains unforgettable.

Geena Davis and Susan Sarandon star as the titular buddies in this groundbreaking Ridley Scott movie that packs a feminist punch like no other. One is a waitress, the other, a housewife. Both equally untapped within their own expectations, hungry to get away from their respective lives. On the way, they get drawn to tragedy, but there’s no looking behind anymore. Davis and Sarandon are electric, but let’s not forget that Thelma and Louise also introduced us to Brad Pitt (this was his debut!) Cue to call an old friend home and take this ride!

LUNANA: A YAK IN THE CLASSROOM

Bhutan scored a historic first nomination in the Best Foreign Film category at the Academy Awards this year for this gentle, tranquil film set in a remote village situated in the slopes of the Himalayas. Our protagonist Ugyen (Sherab Dorji), isolated and gullible, will find that elusive thing called happiness — in a nation that is known for high value of “gross national happiness”. Gorgeously shot and filled with heartfelt moments of pure emotion, this film is a balm for the mind, and a perfect companion after a tiring day.

What can Bo Burnham not do? Before he marked his genius in the Netflix special Inside, he had directed his brilliant debut feature Eighth Grade. Revolving around Kayla (Elsie Fisher), a middle-school teenager growing up with a crippling sense of anxiety and self-doubt, this is one of those rare films that will see you in ways you did not see yourself. Eighth Grade is a film that truly understands what it means to grow up, surrounded with so much newness but no one to stand beside. Watch it for an unusual trip down memory lane.