Advertisement
Home / Entertainment / The Rings of Power Episode 5: The Hartfoots, Elrond and Durin are more engaging than Galadriel

The Rings of Power Episode 5: The Hartfoots, Elrond and Durin are more engaging than Galadriel

The Lord of the Rings: The Rings of Power Episode 5 is streaming on Amazon Prime Video 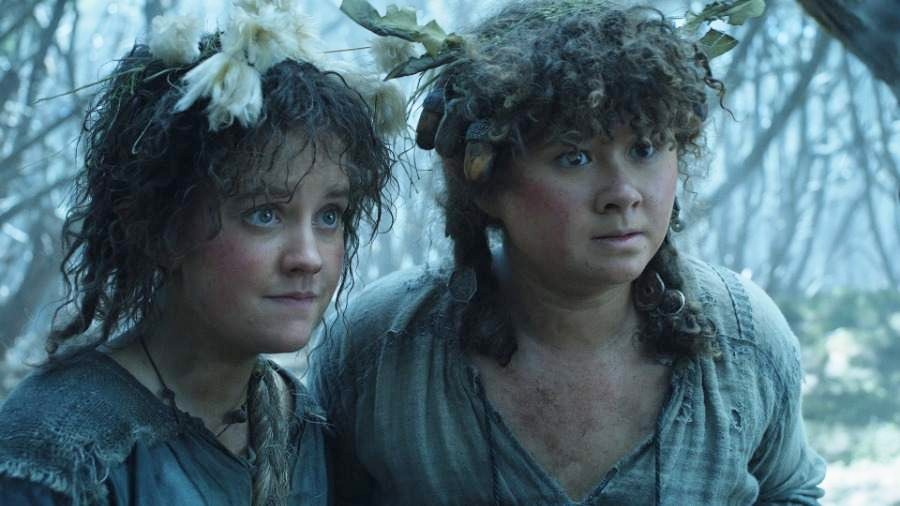 We are on the fifth episode of The Lord of the Rings: The Rings of Power with just three more to go before the first season ends and we still have absolutely no clue where this is going. We are still traversing across Middle-earth and Numenor with multiple storylines unfolding and no convergence in sight. And it is becoming slightly frustrating.

All the different groups of people are back in action for this episode titled ‘Partings’, including the Harfoots, after their hiatus last season. And their journey is one of the best things about the episode. The camaraderie between Nori and her family, Poppy and even The Stranger is heartwarming. And the visuals of their travel across Middle-earth is some of the best this episode. The Stranger mystery is also becoming more intriguing especially when his magic, used to save the Harfoots from strange-looking boars, brings him acceptance among the people, only to scare off Nori when she unwittingly gets caught in it a little later.

Arondir’s story (I know the Southlands are not about him but he was the best thing about it) had so much promise. But he is left clutching his bow and arrow — the only one who seems to be armed in the entire watchtower — and insisting that there must be another way to defeat an army of orcs.

Arondir’s love interest, Bronwyn the healer, seemed like a spunky sort, unafraid to stand up against popular notions, but her becoming the de facto leader of the group of people sheltering at the watchtower and rallying them to stand and fight is a bit much. I mean where are the arms? How much does she know about strategy? What fighting experience does she have? No wonder half the people followed Waldreg, the Darkfriend (oh sorry, that’s a different high fantasy series), to bend the knee to Adar because, lol, survival!

Waldreg thinks Adar is Sauron (no confirmation from the Orc father on that one) and is willing to slit the throat of a young boy who followed him to show his allegiance as long as it means he can survive. And Adar is busy burning his own vampiric Orcs’ flesh in the sun, because he feels bad he will soon not be able to feel its warmth? Okaaaay.

Then there is the problem of Theo. He does own up to having a Dark object, which seems to be a key of some sort, but he is otherwise just… there. Why is he even important? Where are we going with this? I wish this show spent a little more time developing each character.

The friendship and, as a consequence, the interactions between Elrond and Durin are quickly becoming the highlight of the show. Genuine, funny and heartwarming, this duo might just become my favourite Elf-Dwarf pairing on Middle-earth, and that’s saying something since they are competing with Legolas and Gimli. A friendship that is based on trust and honesty despite pressure, especially when each is being forced to keep secrets from the other, is a grand thing to see, and it doesn’t hurt that they are funny too, especially Durin. That table joke was brilliant! Douche-canoe High King Gil-galad notwithstanding, this might be something epic.

There is a ‘nay’ footnote here and it has to do with the ridiculous backstory of Mithril about an epic battle with a Balrog over a tree holding Silmarils, the power of which is leached into the Misty Mountains when lightning strikes the tree. What the…! Did they know that Mithril was also found in Numenor? And the Elves didn’t need it to survive; they used it to make ornamentations mostly.

Galadriel, instead of rising in our esteem (given that she is supposed to be one of the wisest Elves by the Third Age), seems to be becoming more and more like an irritant. Every time she is on screen, I want to say ‘move over, show me more Elrond and Durin or the Harfoots instead’.

There is no end to her self-importance and arrogance, and honestly, it’s growing old. She is arrogant enough to speak for Halbrand, and pledge his allegiance to Numenor’s war on Middle-earth, when he clearly does not want to be a king. Why does ‘no’ not mean no in this context? What a bully! And her reasons for ignoring his wishes are so weak that we can’t even say, ‘oh well, it is all about politics’, like we can about everything in the Game of Thrones universe. Or even revenge because “thirst can’t be quenched by sea water”? What?!

It is not just Galadriel (can we just make Elrond the primary protagonist please, at least he is Elf-like), most storylines in Numenor are problematic. Why does Halbrand finally agree? What happened at the council meeting to decide whether Numenor was going to war? Why is Isildur’s added-for-screen sister still getting screen time? Isildur’s impulsiveness and his courage, mixed with his inability to truly engage in anything, does hint at the role he plays in Sauron’s return in the events of The Lord of the Rings trilogy, though. As does Elendil, who shows the qualities of the king he is going to be, patient and calm, strong and honourable. And those are the only two good things coming out of that.

There are some strange-looking characters who seem to be following the trail of The Stranger. The buzz is they are priestesses of Melkor and could be working for Sauron. It might add more excitement to the Hartfoot storyline, but given how we are still wondering where the different storyline twains shall meet, adding one more to the fray seems just daunting.