In his semi-autobiographical work, the popular director shows how he became a filmmaker 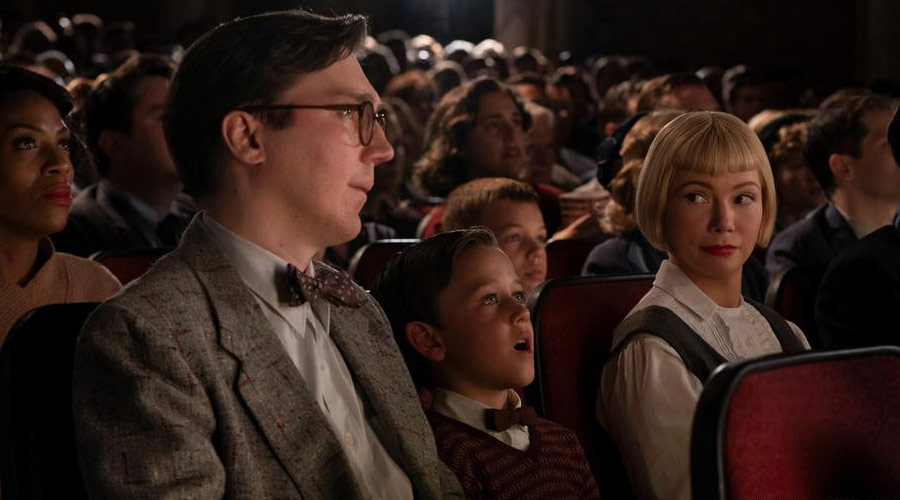 Even though he is one of the most famous filmmakers and producers of all time, Steven Spielberg was visibly nervous as he stood on the red carpet at the Toronto International Film Festival (TIFF). The 78-year-old director's latest film, "The Fabelmans" was about to premiere as part of the festival. According to Spielberg, his daughter gave him breathing exercises to relieve nervousness.

The film went on to win the coveted TIFF audience award.

For Spielberg, this was a very special film. There are autobiographical aspects in all of his works — even, "believe it or not," in the character Indiana Jones, he told the press in Toronto.

But "The Fabelmans" is his first "very focused, conscious coming-of-age story," inspired by his own family.

The film that started it all

Sammy (played by Mateo Zoryon Francis-DeFord as a child, and Gabriel LaBelle as a teenager) is the son of two very different parents. His dad, Burt, is a practical and reserved computer engineer, while his mom, Mitzi, is a flamboyant, creative and outgoing woman, who actually wanted to be a concert pianist and now takes care of the household and their four children.

One day they take their son to the cinema to see Cecil B. DeMille's "The Greatest Show on Earth." The film leaves a lasting impression on young Sammy Fabelman — just as it did on Spielberg as child.

Sammy is particularly fascinated by the train wreck scene. He recreates it at home with his model railway and his father's Super 8 camera — partly to understand how the scene worked technically, and partly to be less haunted by it.

Filmmaking as a necessity

Encouraged primarily by his mother and later his uncle Boris, Sammy further develops his passion for film, while his parents' marriage slowly unravels. He casts his sisters and friends in increasingly elaborate scenes.

Even though Sammy's father describes his filmmaking as a "hobby," working with the camera feels essential for the boy.

One day, Sammy is filming his family on a camping trip, and just by observing everyone with his camera, he discovers that his mother's relationship with a family friend is more than platonic.

A master of cinema

Born on December 18, 1946, in Cincinnati, Ohio, Steven Spielberg has enjoyed an unparalleled career as a filmmaker. According to the Hollywood Reporter, he is the most commercially successful director of all time.

With films like "Jaws," "E.T. the Extra-Terrestrial," the "Indiana Jones" series, "Schindler's List," "Saving Private Ryan" and "Jurassic Park," Spielberg has demonstrated that he masters all cinematic genres.

Bullied for being a Jew

Like Sammy Fabelman in the film, Steven Spielberg comes from a Ukrainian Jewish family; some of his family members died in the Holocaust.

At school he was often bullied for being Jewish. Spielberg later abandoned his Jewish faith.

With the Holocaust drama "Schindler's List," which earned him his first best director Oscar, he also processed the antisemitism he faced during his youth.

Altogether, the director has already collected three Academy Awards and 19 nominations, along with numerous Golden Globes and Emmys.

In past interviews, Spielberg has often talked about his childhood; how his family often had to move because of his father's job; how he wanted to get a badge for photography when he was a Boy Scout in Arizona; how he directed a nine-minute film titled "The Last Gunfight" using his father's 8mm film camera; and also how he suffered from his parents' divorce and how much it shaped him.

In "The Fabelmans," Steven Spielberg now deals directly with this dramatic period from his youth. For this, he teamed up with Tony Kushner as a co-writer and producer. The two had previously collaborated together on "Munich" (2005), "Lincoln" (2012) and "West Side Story" (2021).

Critics in the US and the UK are enthusiastic about the new film, "an emotional crowd-pleaser" that is so "rigorous and emotionally honest" that is makes it "one of the year's most genuinely heartfelt films," writes the BBC.

"The Fabelmans" is already seen as an Oscar frontrunner. Spielberg will also receive an Honorary Golden Bear for his life's work at the upcoming Berlin International Film Festival in February 2023, and his semi-autobiographical film will be shown at the awards ceremony.

"The Fabelmans" starts on November 23 in the US and will be released in Germany in March 2023.