Advertisement
Home / Entertainment / The Crown: A look at some of our favourite moments from the Netflix show

The Crown: A look at some of our favourite moments from the Netflix show

Season 5 of The Crown returns to Netflix on November 9 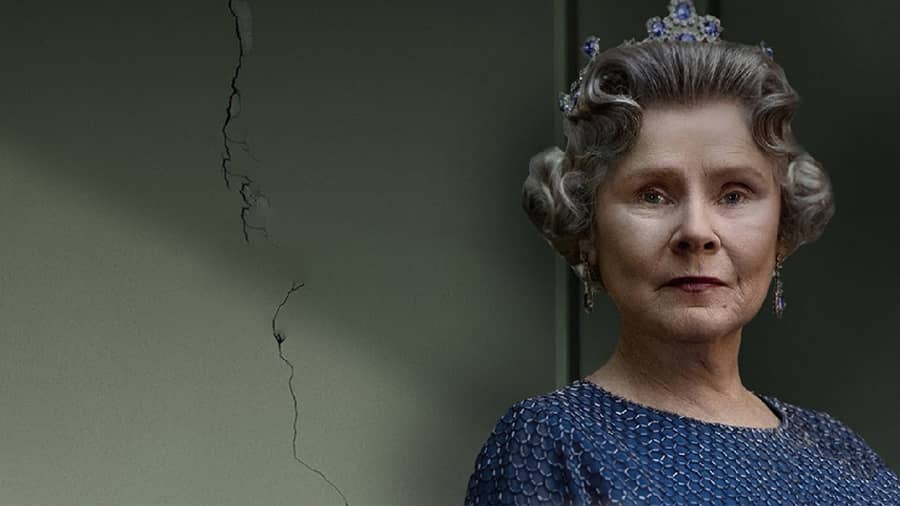 The Crown Season 5 has its work cut out. The show’s latest season is tasked with recreating one of the most turbulent times in the history of British monarchy while making it both powerful and entertaining television. Before the show returns to Netflix on November 9, we pick our favourite moments from the show’s past.

A poster of The Crown Season 1.
Netflix
Advertisement

A show about the British monarch had to have an impactful coronation scene. And The Crown didn’t disappoint. Elizabeth’s coronation simultaneously shows the power of spectacle and the simple message behind it. As she sits on the throne, draped in gold, with her husband kneeling before her, we clearly see how their marriage is not a traditional one. She will be shouldering the weight of a nation and he will serve in her shadow. The impact of Edward watching her coronation is doubly felt as he consoles himself for winning love while his eyes betray the happiness. We see the conundrum of a queen who never wanted to be, and a king who couldn’t.

A still from The Crown season 1.
Netflix

The monarchy's distance from society has always been a bone of contention, and navigating it wouldn’t have been easy for the creators. This made the episode around Lord Altringcham doubly special — it is based on the historical incident when he stirred up controversy by pointing out how the monarchy was out of touch with the masses and criticised the queen’s oratory skills. The entire episode builds up the controversy, leading us to believe that Altringcham would be reprimanded when he receives the fateful call from The Crown. But we share his shock when he finds himself in the same room as Queen Elizabeth. This teaches us an enduring lesson about accepting constructive criticism.

The Queen can cry

A still from The Crown season 1.
Netflix

Much has been said about the Queen’s aloofness and her statue-like demeanour, with many arguing that emotional bluntness is a part of being the monarch. The Crown took on this aspect of her persona in Season 3 when she visited the site of the terrible Aberfan tragedy and forcefully dabbed a dry eye to console the tears that refused to flow. In a vulnerable act which questioned her vulnerability, the Queen confessed that she couldn’t cry and felt incapable of sadness. The end of the episode was gut-wrenching for both the character and us as Elizabeth listened to carols sung by families of the dead and wells up herself.

We get the first look at Charles and Elizabeth’s complex relationship in Season 3, when she makes her displeasure known about his ‘introspective’ speech at his investiture. Elizabeth’s stoicism clashes heavily with Charles’s individuality as he begs for her to listen to his beating heart. This scene is his undoing and explains a lot of his penchant for control going forward as Elizabeth refuses to give him the one thing he asked for in exchange for the Crown: his voice.

A marriage on a thread

After a season brimming with tension, the drama spills over onto the lives of Charles and Diana as the two get into a screaming match laden with truth bombs during the season four finale. Josh O'Connor and Emma Corrin deliver brilliant performances as a couple who seem to have much to say to each other but fail to say it. The dialogues are fantastic, with each word by Charles cutting into Diana like a dagger — a heartbreaking reminder of the love he reserves only for Camilla. Not only does Charles shut the door on Diana, but on any chance their marriage had of surviving.