The Telegraph’s fave moments from the virtual edition 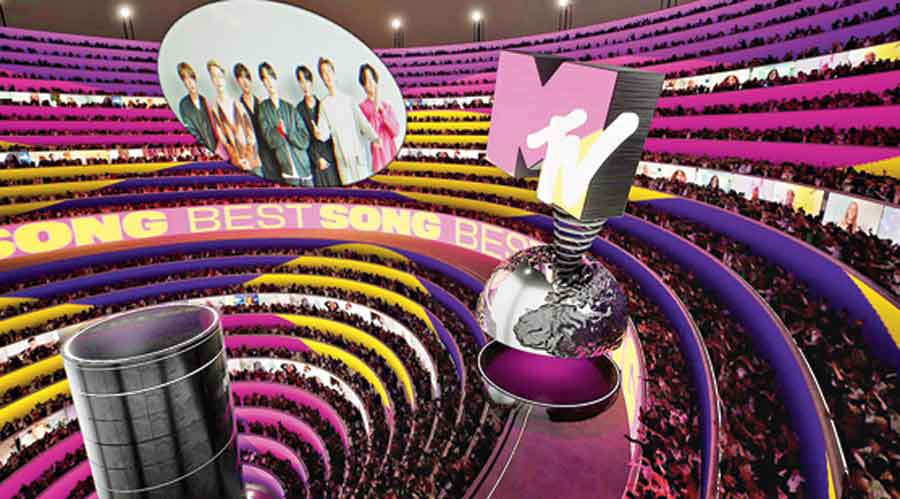 It’s not a surprise that Korean band BTS took home a number of trophies — Best Song, Best Group, Best Virtual Live and Biggest Fans. And who was showcased to accept the awards? Of course the ARMY! Every award that the boy band won showed celebrations and mini dances put up by the BTS fan base. Although a live performance by the group was missed, the ARMY sure kept the energy up. This is the second consecutive year that BTS won big at the EMAs. “We’ll keep working hard to be a group that can touch the hearts of people and give them hope through music,” said RM.

Lady Gaga’s amazing comeback got her the winning title for Best Artist and Best US Act. Her sixth studio album, Chromatica, released on May 29 and made its debut on top of the US charts, making it the sixth consecutive album to reach the top spot. Awarded by Bebe Rexha, Lady Gaga winning two major awards sure got her Little Monsters excited. She also won the award for Best Artist at the VMAs, making her the first singer to win in the top category at both the MTV-branded shows since Camila Cabello achieved the double two years ago.

With two nominations this year, David Guetta won the award for Best Electronic. With his birthday being on November 7, this was sure a great gift. “I am so honoured to be awarded Best Electronic Act. Thank you so much everyone. Big hug to my fans and friends Chainsmokers, Martin Garrix, Marshmallow…. I’m really happy because yesterday was my birthday and I got Best DJ Act (Top 100 DJs) in DJ Mag and now I get another award with MTV. This is incredible,” he said. During the show he put up a performance with Raye with Let’s Love with a fantastic display of lighting in Budapest.

That’s what friends are for: DJ Khaled’s Popstar, which features Drake and Justin Bieber, bagged the much-deserved winning title for Best Video. “Thank you so much, thank you God. God is the greatest. I love you, I am grateful for everything you have done for my family. Shout out to all my fans out there and my beautiful wife and my two beautiful boys,” said DJ Khaled. He then went on to give a shout out to Drake by telling him he “did it”. “Drake you are a genius. Thank you for the friendship, your brotherhood.” He also thanked Justin Bieber in his speech.

Another artiste who stole the thunder was Karol G by bagging the awards for Best Collaboration for Tusa (with Nicki Minaj)  and Best Latin Act. This was a big moment for the singer as these were her first EMA wins. During an interview with MTV EMA before the ceremony, the Latin singer said: “I can’t believe I got nominated for four of them (awards) and I’m up against artistes I really admire.” During the virtual ceremony Karol G performed BICHOTA, which was set up in a junkyard-like venue. Karol, dressed in a black-and-white jacket and pant combo, gave a wow performance. Live performance? More like a new music video!

Not only is Say So a catchy tune, it got Doja Cat an award for New Act. The 25-year-old started her career by releasing songs on SoundCloud and now look where she is! How did the American singer celebrate? Obviously by performing Say So but with a twist. The groovy poppy tune was given a touch of metal. The performance started with Doja climbing out of a screen and into a garden-like area. Dressed in white, while her bandmates were dressed in heavy-metal outfits, the performance really gave the song a different character and not the kind we were expecting.

Mumbai-based singer Armaan Malik reached a new high, winning the EMA for Best India Act for his  song Control. Others nominated for this award were Kaam Bhari, Siri x Sez On The Beat, Divine and Prabh Deep. This is a big step for the Bolly singer as this is his first English song which dived into pop sounds.

YungBlud’s medley of Cotton Candy and Strawberry Lipstick really stood out. The artiste started his performance by hanging from a chain. Dressed in a white outfit and wings, he proceeded to climb up the chain and “flew” around the set. When he moved into Strawberry Lipstick, he landed on the stage and started jamming on the guitar. The English singer-songwriter took home the award for Push Artist and was nominated for New Act.

Little Mix sure had a busy time during the EMAs. Not only did they host the award ceremony but also won the awards for Best UK and Ireland Act and Best Pop. And they performed their single Sweet Melody, which had a feel of a music video. The performance started with a black pyramid-like structure which opened up to reveal “stage” and the group. On winning their award for Best Pop, the girl gang said: “To be receiving this award makes us so happy. Our fans, you guys are the best. You’re like our best friends, you have our backs. Thank you so much, we love you.” Although Jessy Nelson missed the show, Perrie Edwards, Leigh-Anne Pinnock and Jade Thirlwall kept the energy level high.