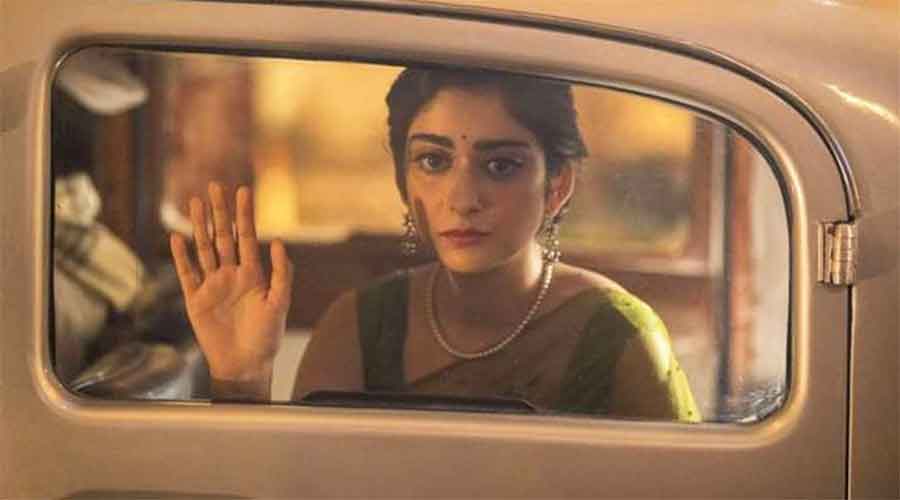 Delhi-based Tanya Maniktala had almost quit pursuing acting when "A Suitable Boy" came her way and the actor says she is aware that life won't be the same after Mira Nair's drama series as she intends to follow her dream with renewed passion.

An official adaptation of author Vikram Seth's classic novel of the same name, the six-part drama started streaming on Netflix last week. It has already aired on BBC in the UK and Ireland.

The story focuses on 19-year-old university student Lata, portrayed by Maniktala, who struggles with her life being mapped out thanks to old traditions and a mother who wants to find her a suitable husband.

In an interview with PTI, Maniktala said her journey from a Delhi University graduate to being listed as one of the rising stars at Toronto International Film Festival for the show was "surreal".

"I'm enjoying what's coming my way. It's surreal to have worked with Mira Nair and such an amazing team. I could never do this for myself. I am so grateful for all the learning opportunities," she said.

The newcomer had worked on a web series, "Flames", while she was in her final year, but it didn't lead to other opportunities and acting fizzled out.

Her father, a publisher, advised her to focus on her academic background rather than relying solely on acting "as it's such a volatile career."

She then started working as a copywriter and eventually planned to shift to Melbourne for higher studies. This is when a friend suggested she audition for "A Suitable Boy".

Maniktala said she felt she wasn't "good enough", but after multiple rounds of auditions, she was on board for the series.

All the acclaim coming her way post the release of the show is a huge "confidence booster," Maniktala said.

"It's empowering how the show has paved the way for such a global recognition. Even though I may not be the best at my craft, I know now I want to learn more about it and perfect my skills. Acting is something you're constantly at and polishing. I have that belief I can do better," she added.

Maniktala was 22 when she walked onto the sets of  "A Suitable Boy", which also features Ishaan Khatter, Tabu, Rasika Dugal, Ram Kapoor, Shahana Goswami among others.

The actor was intimidated by the scale and the ensemble of the show and recalled being extremely nervous when she started out.

But slowly, Maniktala found a parallel between her and Lata: both were on a journey of self discovery.

"The show is about the journey of Lata's growth but I feel even I grew so much in the shooting period with these wonderful people. Acting is a technical aspect, but I learnt so much about life, about myself. From a young timid girl I walked in on the set as, I left as a much more confident person."

She saw her character as shy but rebellious girl, who is equal parts traditional and modern.

"Mira mam was so clear in what she wanted. She'd tell me, this is how it's been written this is how I see it, now you play with it. She gave me that space to be with the character and find my own way. I feel Lata's journey is also about finding herself, which is similar to mine. Our tracks ran parallel to each other," she added.