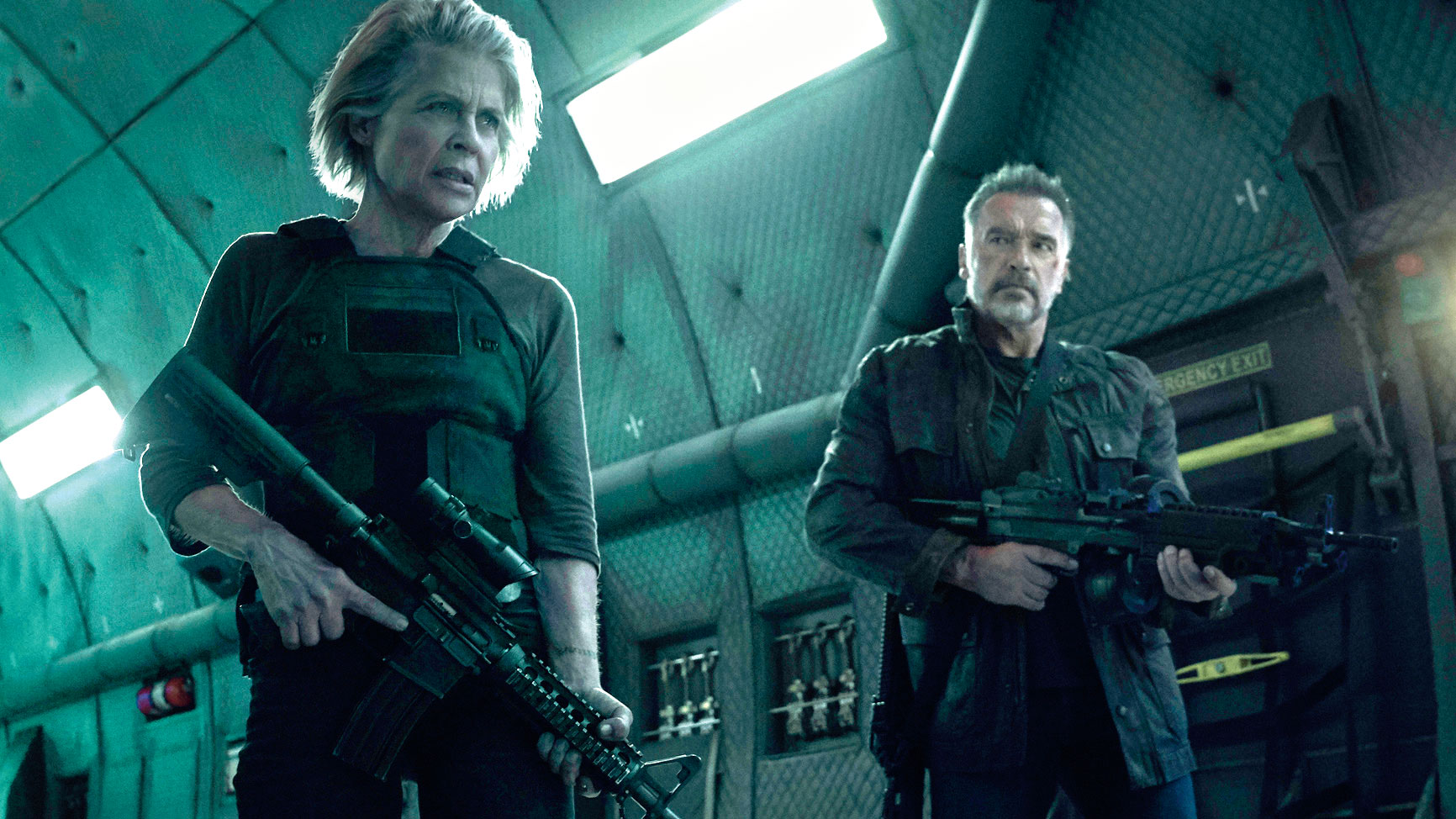 Two trends ensured I lost my ability to keep pace with films.

First, a freelance journalist survives on a frugal income. Second, the price of movie tickets has increased so much that the old days of seeing a film without one’s conscience questioning the decision — that feels like another planet. Luckily ticket prices in Thiruvananthapuram (I was there visiting family) are yet to be as ridiculous as in Mumbai. Terminator: Dark Fate was within reach.

The movie was disappointing and yet, not.

Films of this genre are a constant tussle for dominance between story and action. The director’s skill is in keeping the tension taut with the right ratio, overall. In the earlier Terminator films, the ascent of artificial intelligence (AI) was a major part of the story. It also made the story dominant even as the key take-away was robots, humans and the action in their wake. Dark Fate went for the jugular as regards action. It seemed mindless and set for sinkhole till Linda Hamilton’s Sarah Connor stepped into the frame. Not only was she instilling character to the role (in a manner not seen in the earlier Sarah Connor), the moment of her arrival on screen was also the first sign that this was going to be a Terminator film dominated by women. You can leave it at that; except it refuses to, if you are aware of what has been happening at large to franchises of this sort.

As the weight of world by rigid society, big business, algorithms and technology starts to crush, our appetite for films showcasing dystopia, resistance to dystopia and escape from dystopia has increased. The possibility of AI in Skynet or Legion avatar doesn’t seem improbable. That is likely why, in Dark Fate there is more action, less story. What we have then left to talk of as narrative is the ascent of female characters in the franchise - in the given instance, the triumvirate of Sarah Connor, Dani and Grace. To my mind, this isn’t just a healthy diversion from the narrative to date, it also recognises market and competition. The Terminator series had come to be among the last bastions of male physicality. As Arnold Schwarzenegger aged, it wasn’t his body talking as much as his face, presence and gait. Bone crushing-jaw line, battered face, red LED for an eye - this had become ambassador at large for the series. At the same time, older franchises like Star Wars had learnt to be female-centric. Marvel laid out the red carpet for Captain Marvel. DC got a shot in the arm with Wonder Woman. I couldn’t help but position Sarah Connor, Dani and Grace in the same evolutionary context. In fact, two in-film observations by characters appeared critical. Sarah Connor tells Dani that as it happened with her before as mother of John Connor, it is Dani’s womb that matters, for the future returned to intervene in the present. Later, Grace tells Dani that it is not her womb, but she, that is the future.

On the novelty of this development, the dynamic between the three and the relation they have with Schwarzenegger’s ageing T-800 Model 101, now called Carl, Dark Fate found a slender lifeline to survive by. Without doubt, the relentless action - often an in-your-face battering - took its toll. “Mimetic polyalloy” smashed to smithereens and then regrouping, had been a novelty in the earlier instalments. Now it was happening every five minutes. The trend is an emergent problem with many such franchises.

The beauty of science fiction is that it is fiction begging reality. Unless it is fiction ahead of realty and yet tantalizingly possible; it is a dull video game. In a sense the film’s name - Terminator: Dark Fate - wraps up its predicament. If it doesn’t refresh narrative, the audience’s interest in the franchise may go the same way as that red LED fading out on T-800’s battered visage.

The producers have time on their hands for that is too tough a robot to shut down and as competing franchises show, there are more ways than one to rebirth characters if required (something Grace too should be happy about). Still, it would be a shame if 35 years of the Terminator franchise was to merely position the audience for the dark fate by Legion. It is time to bring the cerebral back into this series.