The short film The Horse from Heaven is directed by Maharshi Tuhin Kashyap and shot by Arnab Laha, both students at SRFTI 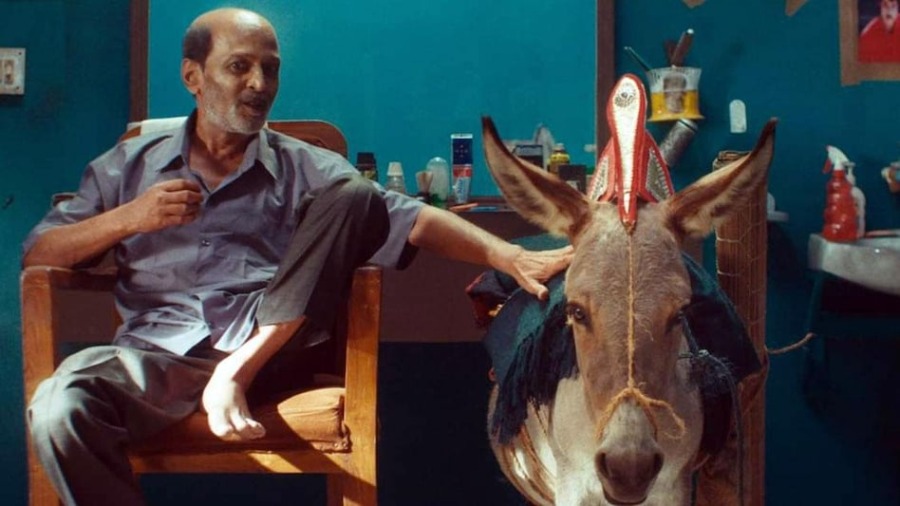 Arnab Laha was a second-year film student at the Satyajit Ray Film & Television Institute (SRFTI) when classmate Maharshi Tuhin Kashyap came up with the idea of a man who considers his donkey to be the fastest horse in the world. Mur Ghurar Duronto Goti (in Assamese) or The Horse from Heaven was the product of the idea, a film which bagged the highest prize at the Bengaluru International Short Film Festival 2022 and became India’s official entry at the 95th Academy Awards (the Oscars) in the Best Live Action Short Film category.

Here’s a chat with Arnab, who was the cinematographer for the film directed by Maharshi Tuhin Kashyap, on the Oscar selection and more.

How does it feel to be selected for the Academy Awards? What would a victory mean for you?

Arnab Laha: It feels surreal. The first and only time before this that India got nominated in the Best Live Action Short Film category at the Academy Awards was in 2005 with Ashvin Kumar’s Little Terrorist. It missed out the award because it fell short by just a couple of votes in the final run. Right now, the aim is not winning, even though it would mean the world to us. Right now, the aim is reaching the nomination stage. We are competing with over 100 films selected in this category across the globe. It is imperative for us to keep promoting our film and ensure that all jury members watch it so that we can reach the top 50 and eventually the top five and get nominated.

The Horse from Heaven aims at blurring the lines between reality and fantasy with the help of black comedy and absurdism. What was the motivation behind coming up with this story?

Arnab Laha: The basic story of the film revolves around this character called Kuxhol, an Ojapali performer who vehemently believes that his donkey is actually the fastest horse in the world. The protagonist is not just another character but a reflection of the audience itself. We wanted to convey the idea that everyone in this world lies — it ultimately boils down to what we choose to believe. The entire film shows this through the eyes of the people Kuxhol interacts with. They see the donkey in front of their eyes but when they hear Kuxhol’s stories, they see it as a horse. Through the use of visuals, we were able to bring the absurdity of the plot to life and nestle it between the world of reality and fantasy.

Arnab Laha was the cinematographer for The Horse from Heaven

The use of Ojapali, a 14th century Assamese folk art form, in the film has been greatly appreciated. What was the process behind incorporating this?

Arnab Laha: Maharshi (the director) went and stayed with Ojapali performers in Assam to research their art, their manner of storytelling and their dance forms. We wanted it to be a proper representation of this dying art. We looked at several Ojapali videos and started working on its incorporation into the visual narrative. The Ojapali aspect greatly helped us in building the hyper-realism of the film, especially in some scenes like the one in the saloon. Even Atul Pachani (who plays the protagonist) learnt the art form so that he could reenact it.

As the cinematographer for the film, what was your biggest challenge?

Arnab Laha: The donkey was my biggest challenge. No amount of food or love or strength or persuasion could get it to move from one place to another. Every time I looked into the viewfinder, the donkey was out of position. More than half of my time was spent in getting the donkey to the right position in the shot. I even had to arrange a Matador to help move the donkey around!

You are currently a final-year student at SRFTI. What are your future plans?

Arnab Laha: My initial plan was to go to Mumbai and work there. However, once I joined SRFTI, I realised that I should contribute to my regional film industry first before going elsewhere. During Covid-19, my friend Jayabrata and I wrote a script for a crime thriller called Calcutta 99. After almost two years, this film will finally begin shooting. I have a keen interest in cinematography, script writing and production and I wish to pursue these in the time to come.