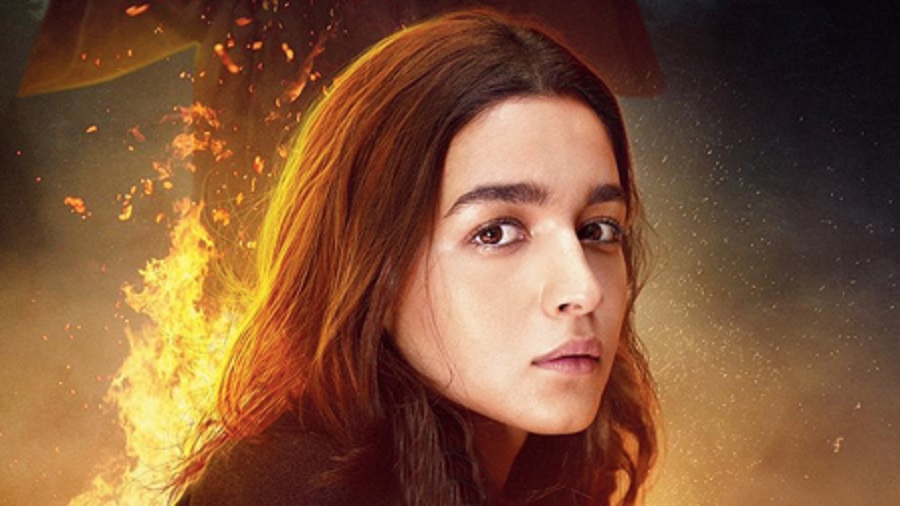 The circus around the death of Sushant Singh Rajput has meant a massive backlash against the Bhatts, with their film Sadak 2 being the inevitable fall guy. After ensuring that the trailer made it to the list of the most disliked YouTube videos ever, certain sections of the audience reserved the same fate for the film, most even without watching it.
But truth be told, even otherwise, Sadak 2 is a bad, bad film. The sequel in spirit to the 1991 original is hackneyed and obsolete in its theme and treatment, with hardly a redeeming feature. Sadak 2 attempts to take down the fakery in organised religion, wrapping it in a tale of romance, a road trip and even a father-daughter story. None of it, despite an earnest Sanjay Dutt and a fresh-faced Alia Bhatt, work.

Remaking a classic like Sholay anyway comes with its own caveats. But there was no stopping Ram Gopal Varma, who has now degenerated from a film-maker with a distinct voice to one who dishes out rubbish in the name of cinema, from making a mockery of Sholay with RGV Ki Aag. Not only did this dreadful film — dignified by names as big as Amitabh Bachchan, Mohanlal and Ajay Devgn — fail utterly as a remake, it was also insufferable as a standalone watch.  Varma parodied almost every popular scene in Sholay to terrible results, giving unnecessary screen time to terrible actors, and fittingly eliciting reviews that mostly gave the film zero stars. Only Bachchan, hissing and sneering in his Gabbar act as Babban, seemed to be having some fun. Can’t say we did.

Himmatwala
Sourced by the Telegraph
3. Himmatwala

The 1983 original was far from great cinema, but there was a certain amount of kitschy fun to be had watching Jeetendra and Sridevi  jumping around to Ta thaiya ta thaiya and Taki taki. Thirty years later, director Sajid Khan — a self-confessed fan of the Bolly masala movie — audaciously attempted a remake, with Ajay Devgn slipping into Jumping Jack Jeetu’s white shoes. But Himmatwala turned out to be a dreadfully overlong and insufferably silly cringe-fest, and that’s putting it mildly. Sexist to the core and laced with tasteless humour, this was a mash-up of the worst of ’80s Bollywood, with Sajid’s brand of repugnant and ridiculously banal cinema hitting an all-new low with this one. Its IMDb rating tells the rest of the story.

Drona
Sourced by the Telegraph
4. Drona

Abhishek Bachchan as a modern-day superhero is reason enough to give this film a miss. Goldie Behl’s lacklustre and often laughable attempt at a good vs evil story suffered from some explicitly tacky visual effects and a permanently pained look on @juniorbachchan’s face. Priyanka Chopra, armed with a laugh-out-loud wardrobe, looked almost embarrassed to be part of a film like this. Brazenly derivative, Drona channelled everything from Harry Potter to The Lord of the Rings, but the only thing we remember from this 2008 disaster is Bachchan’s cream-and-gold zardozi cape.

The string of ‘zzzz’ in the title should have come as a warning. What was worse than Himesh Reshammiya putting his money on a remake of Karz? Deciding to cast himself in it (but, of course!) Strictly falling into the so-bad-it’s-bad category, Karzzzz had Himesh slipping into the role of Monty, made memorable by Rishi Kapoor in the Subhash Ghai-directed original. The film, if one can call it that, had many gems: Himesh sporting bangs and gold jackets, an unintentionally hilarious Urmila Matondkar attempting to do a Simi Garewal and lines like, “Agar dus baje tak tumhein nashta nahi mila, tumhein acidity ho jaati hai”. The clincher: Himesh, nasal twang in place, crooning Tandoori nights. What’s not to love (or hate)?!

Of course there had to be another Himesh film on this list! Once you get past the surfeit of vowels in the name, then you should know that IMDb inexplicably lists the title of this 2007 film as Joy: The Real Love Story. Aap Kaa Surroor,  as expected, gave no joy to the handful of bravehearts who ventured into theatres to watch it. Himesh played himself, a rockstar called HR and billed as “duniya ka sabse bada performer”, and that was enough for us to give this movie (sorry, moviee) a miss. We were tempted though to pop in for a watch just to count the variety of caps the man wears in the film. In one scene, he even wears one in jail, matching his prison whites.

Joker
Sourced by the Telegraph
7. Joker

What does it say when hit machine Akshay Kumar, now considered the big daddy of Bollywood, has as many as three films on this list? (Yes, there are more!) This Shirish Kunder film had the Khiladi in the role of a NASA researcher working on a machine to communicate with aliens. That, in itself, says a lot. There is a village called Paglapur, the FBI pops in for a bit, Vindu Dara Singh spends the whole film traipsing around in a gladiator-styled mini skirt. The rest of Joker is even more incoherent.

A mix of irreverence and self-deprecating humour packaged in an entertainer may have worked big time for Om Shanti Om, but trust Farah Khan to almost threaten the audience at gunpoint to give up every semblance of logic and lucidity. That’s exactly what happened with Tees Maar Khan, that took the template of ‘anything-goes cinema’ a tad too far. The story of a bunch of con men staging a fake movie production to pull off a gigantic heist guaranteed truckloads of entertainment, but nothing, just nothing, in Tees Maar Khan worked. Akshaye Khanna trying his best to work around the mess and Katrina Kaif’s moves in Sheila ki jawaani just about redeemed this film. But not enough to notch up more than 2.5 on the IMDb meter.

“Your life is like a hot dog without a sausage”. This is a legit dialogue from Love Story 2050, a film that travelled into the future but took Hindi cinema back by a few decades. Marking the debut of Harman Baweja who disappeared exactly two films after this one, Love Story 2050 was so obnoxiously bad (and we aren’t just talking about Priyanka Chopra’s blazing red wig) that it took viewers a couple of days (and repeated viewings of Back to the Future) to forget this horror story. Did we tell you it runs over three hours and 20 minutes? Yes, almost till Year 2050.

I suspect that the 2.8 rating for Jaani Dushman is from all those, like me, who have counted this cringe-fest as a guilty pleasure for decades. This ‘naagin’ story came way before Ekta Kapoor unleashed her Naagin on us and had Armaan Kohli (yes, the man who barked through Bigg Boss a few seasons ago) in a part that was one half Neo, one half Terminator and all parts terrible. We have no idea what made names like Sunny Deol, Akshay Kumar, Manisha Koirala and Suniel Shetty sign up for this, but Jaani Dushman, if you can get over the initial shock of how shoddy it is, is #BadEntertainmentGold. What’s worse than Armaan Kohli flying around in a PVC cape sporting red contact lenses? Sonu Nigam thinking he can act.