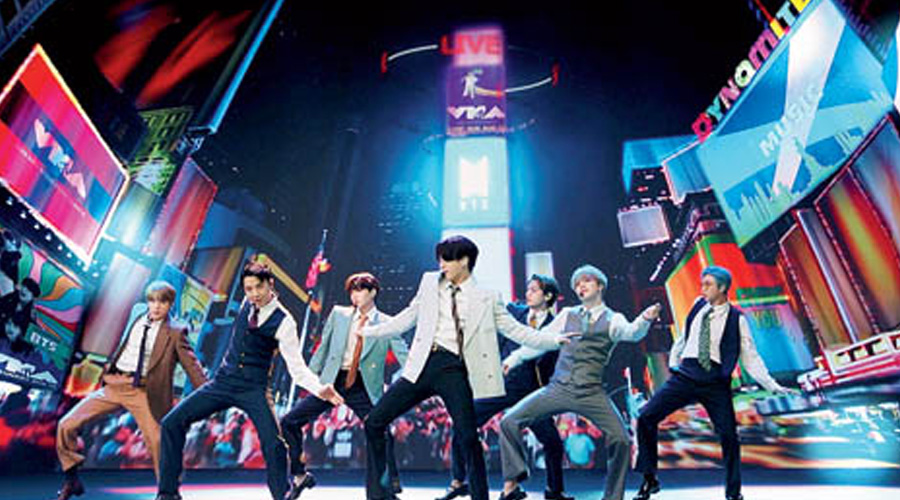 BTS is the only international act to feature in the top five artistes on Spotify in India
Sourced by the correspondent
Mathures Paul   |   Calcutta   |   Published 11.12.20, 05:59 AM

5. From the Wizarding World: Journeys to Hogwarts and Harry Potter At Home: Readings

6. On Purpose with Jay Shetty

7. Gita for the Young and Restless

Neha Kakkar is the top female artiste in India

Rapper Bad Bunny is the most streamed artiste globally

Puerto Rican rapper Bad Bunny claims the top spot with more than 8.3 billion streams this year from fans around the globe. His album YHLQMDLG — released in late February and featuring collaborations with Sech, Anuel AA, and Daddy Yankee — is the number one streamed album as well. Following Bad Bunny is Drake and Latin star J Balvin. The fourth most-streamed artist is the late rapper Juice WRLD, followed by The Weeknd.