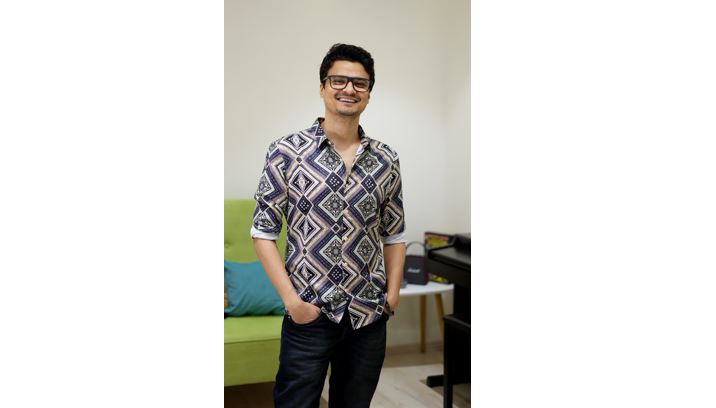 People love listening to great music but little do they know the source of creating these magical sound spectrum  isn't a child's play. Equalization, dynamics processing, audio effects, mixing, reproduction, and reinforcement of sound, everything is done  before and after finally building that melodious tune.

Shadab Rayeen - An Award-Winning Sound Engineer with over 22 years of experience in the music industry has painted the multi genre landscape with his aural brush by working with some of the biggest music composers in Bollywood, Tollywood, Sandalwood and Kollywood. He has set up a different standard of Mixing and Mastering in the Music Industry.

Shadab hasn't looked back since he started his musical journey. He regularly works with top most composers like Pritam, Amit Trivedi, Vishal Mishra, Thaman S and Anirudh among others. He is also known as India's first Eve Audio User and has been delivering hits back to back. Shadab is an artist who has mixed more than 700 plus films with thousand of hits including film and non-film projects. Some of his appreciated pieces include songs from movies like Udaan, Lootera, When Harry Met Sejal, Udta Punjab, Dangal, Ae Dil Hain Mushkil, Queen, Slumdog millionaire, Dear Zindagi, Thaanaa Serndha Koottam, Toilet Ek Prem Katha, Tubelight, Secret Superstar, Tumhari Sulu, and Gulabo Sitabo amongst many others.

His venture is known as 'New Edge Studio' and this is also considered the first 'Dolby Atmos Music Mix Studio for Streaming Platforms' in India. A few of his recent releases have seen heights including Akhanda Title track, Bheemla Nayak title track, Mann Kesar Kesar, Tu Bhi Sataya Jayega, Pyaar Ho Jayega, and Vishal Mishra amongst many more. His mixed song release Butta Bomma was a major hit across the globe. His work has been always recognized in the past ensuring him an IIFA for his work in the film 'Aye Dil Hai Mushkil.'

He is now working on multiple projects in Bollywood and other industries.  His future holds many inspiring projects as he is  collaborated with top composers from India.