Advertisement
Home / Entertainment / Snapshots from the shoot of ‘O mon re’

Snapshots from the shoot of ‘O mon re’ 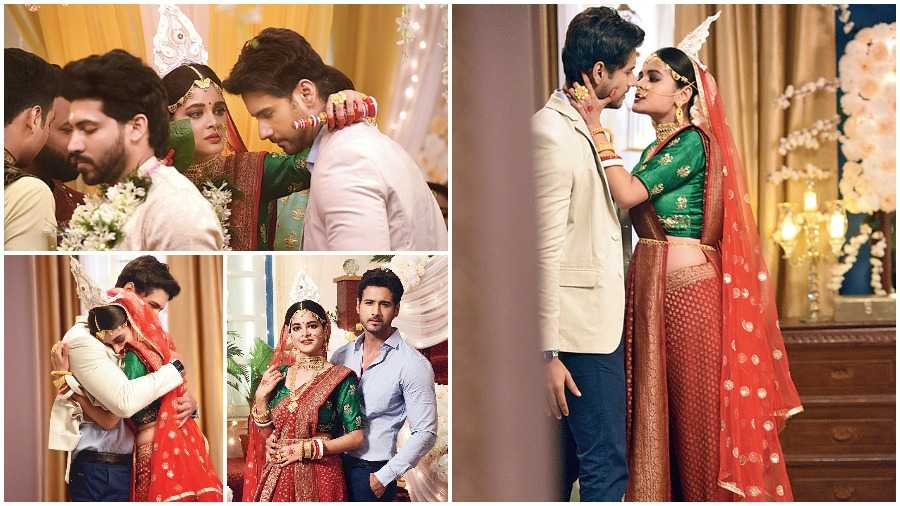 It was a Monday morning that brought back memories. A popular screen pair were shooting together after some time. And they were starting the day with flashback scenes! Bengali television’s popular couple Yash and Madhumita Sarcar got together to shoot for SVF’s upcoming music video O Mon Re. Yash and Madhumita are making a comeback on screen after Bojhena Shey Bojhena (2013), a television serial that was a rage among the Bengali youth, which persists till date. The craze of this duo has amplified with time. O Mon Re is composed and sung by Tanveer Evan.

“The fans were constantly flooding social media with requests for a reunion but it was not working out. Finally things fell into place with this video. I really enjoyed the shoot. I was really looking forward to the collab between such a popular Bangladeshi singer and artistes from here. This is the first song we (Yash and Madhumita) are shooting together,” said Yash. “I had a really good experience, we have evolved as actors. Baba (Yadav, director) is open to ideas and flexible with actors, the video has grandeur but the storytelling is subtle,” said Madhumita.

What is the secret to the Yash-Madhumita chemistry? “We look good together, we share a good understanding before the camera and we are thorough professionals,” said Madhumita. In the video, a couple were in a relationship for some time but they drift apart. One day he gets to know that she is getting married to someone else. “The video is about love and sacrifice. We have focused on emotions. Both are fantastic actors, we had a nice positive atmosphere on the sets,” said Baba.