Singer KK taught an entire generation to feel, so this loss feels personal

What stands out is how rarely KK’s songs moved to bravado or machismo; the lyrics were as soothing as his voice 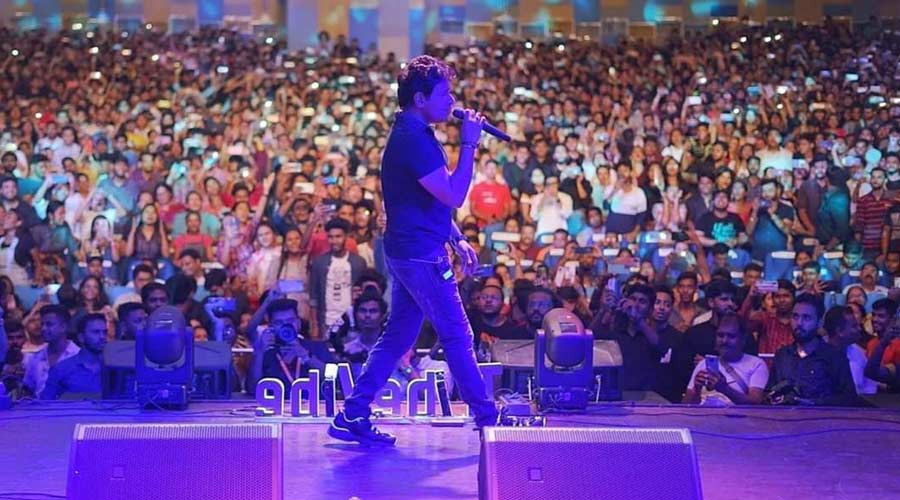 Last week, I was catching up with a few friends for coffee and discussing ways to sneak into KK’s live gigs in the city. From impersonating college students to bribing the security for entry, we came up with several methods. After intense brainstorming we decided to let it be, and promised to book tickets the next time he would perform in Kolkata. Because there’s always a next time, right?

We lost KK yesterday. I say we, because this loss feels personal, not just to me, but to every 20-something around me. We experienced the thrill of being mesmerised by someone’s aura with Aakhon Mein Teri Ajab Si, the grit of having dreams so big that they frightened us with Aashayein, the pangs of doomed love with Tadap Tadap Ke and the melancholy of parting friendships with Yaaron. Maybe it is possible to share a deeply intimate relationship with someone without meeting them.

What stands out is how rarely his songs moved to bravado or machismo. The lyrics were just as soothing as his voice, allowing us to appreciate the subtleties in emotions, even if it was his high notes that sparkled. KK gave a timeless playlist that takes us back to the days of painstakingly pirated files, but will endure changing platforms and algorithms. He also gave us the courage to dream with abandon, wear our hearts on our sleeves, and find strength in vulnerability. He was the OG viral singer, even before virality became a thing. And he did it without making 30-second reels.

The truest testament to his brilliance is how universal the grief feels. There is a certain catharsis in seeing how he managed to unify people with love from across backgrounds. It’s uncanny how he packaged a feeling of belongingness in a small MP3 file. I spent all night going through his discography, and I’m yet to find an underwhelming KK song.

I haven’t been able to shake the question, one that will perhaps remain unanswered. When he sang, ‘Hum, rahe ya na rahe kal, Kal, yaad aayenge ye pal’ yesterday, did he know? I’ll just content myself with smiling at people wearing earphones with moist eyes, knowing that they have great taste in music.

There is a heaviness in my stomach, of not making it to his last gig. A subtle emotion that hasn’t let me go since yesterday. Luckily, KK gave me the exact antidote for it. His music.