Advertisement
Home / Entertainment / Should Selena Gomez have got an Emmy acting nom for Only Murders in the Building? We think so

Should Selena Gomez have got an Emmy acting nom for Only Murders in the Building? We think so 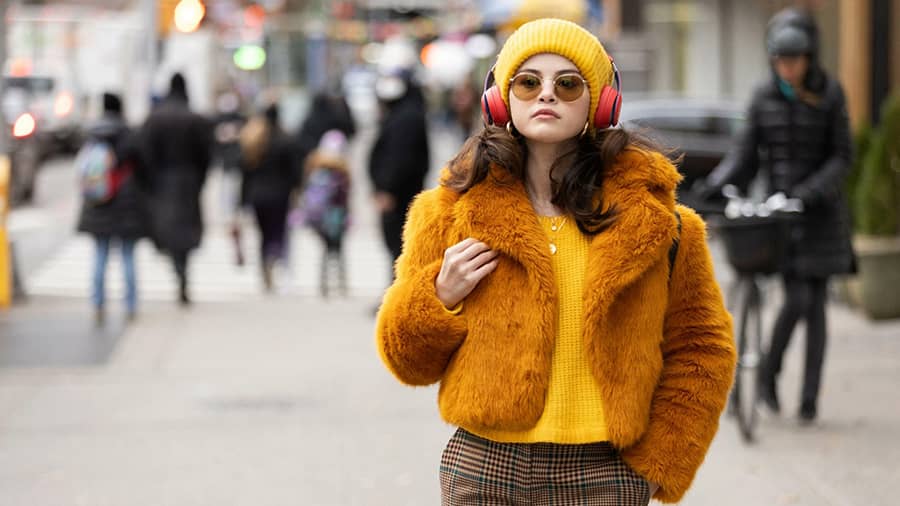 Selena is at the heart of Hulu’s Only Murders in the Building show along with Steve Martin and Martin Short—who play three crime afficionados that embark on solving a murder in the building they live in.

The story is set in an Upper West Side apartment building in New York City where a resident is found dead, so three other residents get together to get to the bottom of the mystery. There’s Mabel Mora (Selena), a young artist who lives in a refurbished unit that she is renovating for her aunt; Charles Haden-Savage (Steve Martin), a semi-retired actor; and Charles Putnam (Martin Short), a financially struggling Broadway director. Soon, they become linked to the crime as new people enter their building.

The unlikely combination of the three lead characters and their spontaneous chemistry is what drives the show. Much of the comedy arises out of the growing generation divide despite the effortless ease between the millennial and the two 60-plus men.

Selena holds her own opposite two of Hollywood’s seasoned and versatile comedy actors – Martin and Short – which is a formidable act to pull off but perhaps not enough to fetch her an Emmy nomination.

(L-R) Steve Martin, Selena Gomez and Martin Short in ‘Only Murders in the Building’ Season 1.
Twitter

Yes, Selena’s nomination as show producer is a win

Selena’s omission is disheartening also because only two Latinas have ever been nominated in this category -- Rita Moreno for 9 to 5 in 1983, and America Ferrera, who won for Ugly Betty in 2007.

Apart from being a chart-topping singer, Selena’s acting chops have been on display since her breakthrough role as Alex Russo in the Disney show Wizards of Waverly Place back in 2007. More recently, Selena appeared in Woody Allen’s 2019 film A Rainy Day in New York with Timothee Chalamet and Elle Fanning.

The Emmy snub to the 29-year-old singing superstar has angered her army of fans, who call themselves ‘Selenators’.

Selena Gomez in ‘Only Murders in the Building’ Season 1.
Twitter

But Selena has been included for an Emmy nom as an executive producer for Only Murders in the Building – the show created by Steve Martin and John Hoffman which has landed a total of 17 nominations at the 2022 Emmys.

With this, Selena becomes the third Latina who has been nominated among the producing nominees for comedy series in Emmy’s 74-year-old history.

The first season of Only Murders in the Building is available in India on Disney+ Hotstar, which is currently releasing new episodes of Season 2.