Shoojit Sircar opens up about his passion project 'Sardar Udham'

‘The fact that the world knows so little about him kept me going, I wanted to make this film’ 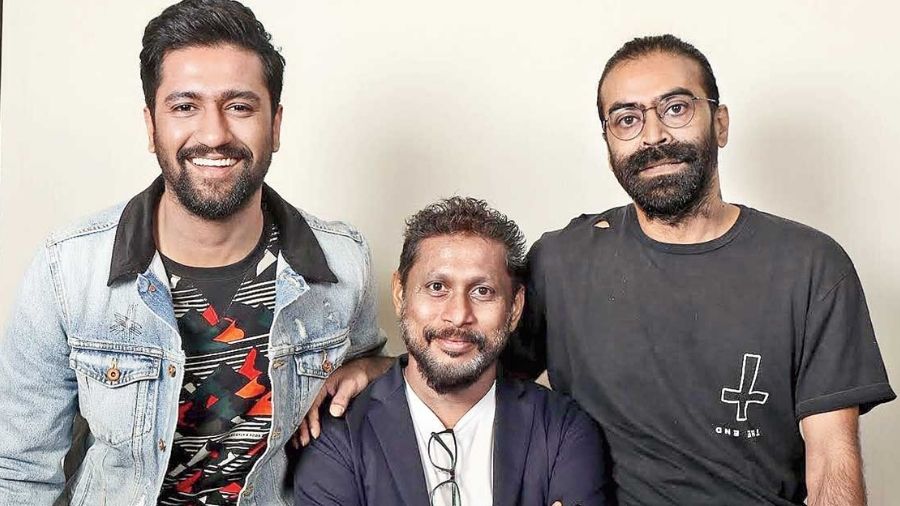 Come October 16 and Shoojit Sircar will unveil his passion project — Sardar Udham — to the world. The courageous story of the unsung hero Udham Singh, a revolutionary who avenged the horrific Jallianwala Bagh massacre by killing General O’Dwyer, who was responsible for the loss of hundreds and thousands of lives.

Shoojit — who first approached the late Irrfan with the part — has had the idea of Sardar Udham incubating within him over the last two decades, with Vicky Kaushal, in the eponymous role, now bringing his vision to life.

With Sardar Udham, much like Shoojit’s 2020 film Gulabo Sitabo, premiering on Amazon Prime Video, t2 caught up with the film-maker on what made him want to tell this story, what Vicky brings to the part and the challenges of plunging into a new genre.

What about the story of Udham Singh made you live with it for over two decades and make sure that you finally made it?

One very important fact is that we don’t know much about him, apart from that one incident where he went to Caxton Hall (in London) and shot O’Dwyer. Before that, no one knew much about him, apart from the fact that he was one of the members of the Ghadar Party which was associated with the freedom movement. He was a multifaceted personality. He was somewhere involved in the First World War, he worked in a railway factory, he was in Canada, America and the USSR.... The fact that the world knows so little about him kept me going, I wanted to make this film.
The other factor was that, over the years, the impact of the Jallianwala Bagh incident kept maturing and evolving within me, with every little information that came in. There are many books on it, but all of them have more or less the same information. But when you go deep enough, like I went to an edition of Tribune and read an article on that time, and I found one particular thing mentioned that gave me a bit of a clue into what must have happened. My information on both the man and the incident was built brick by brick. What leapt out at me was a very ordinary man who was a revolutionary. That made me believe that all of us, in some way or the other, have a revolutionary within us. It all depends on how you tap into it and how you express it.

What do you think it says about us as a country and as a collective that most of our heroes — whether they were part of the freedom struggle or otherwise — are simply relegated to a chapter in our school textbooks?

That’s one very important reason for me to want to make this film. It’s very unfortunate to see that we don’t know or honour them enough. We have no idea of the kind of people they were, what personalities they had, their ideologies.... There are so many people from Bengal and from Punjab who fought the British for decades and centuries. Amader Bengal theke there were so many young people, who at the age of 18 or 19 died to give us the freedom that we have today.

While you were researching on the life and times of Udham Singh, was there any one aspect of him that intrigued you the most?

What you are asking me is what the film is all about (laughs). You will know what I am saying when you watch it. That’s the only thing I made this film for. This film is my take on a revolutionary. It’s purely how I feel a revolutionary needs to be portrayed in cinema. The film reflects a lot of my beliefs and my thinking. 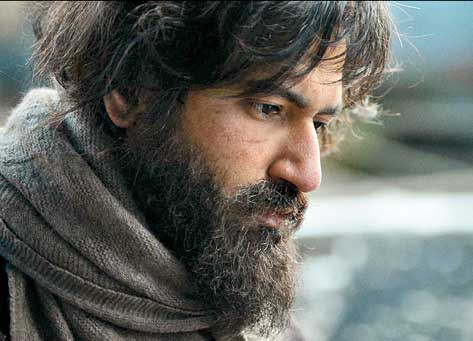 All your films so far have been drawn from real life, and you have often been hailed as the flagbearer of ‘slice-of-life’ cinema. This is a new genre for you. What were the biggest challenges?

The emotion and the storytelling was not tough to pull off because I was pretty sure what I wanted to do in the film. But the practical thing of creating that world was difficult. In my films, apart from creating characters, I try and create a world too. In Gulabo Sitabo, I created an environment, a different world. It was the same with October and Piku.

Creating the world of Sardar Udham was very important for me. As you said, I didn’t have any experience in this genre, but even while working within the format of a period film, I wanted to keep things believable. We have had a film like Gandhi, but we haven’t seen anything so striking in this genre — apart from perhaps a Do Bigha Zamin or a Mughal-e-Azam — that moved me so much. In Shatranj Ke Khilari, Satyajit Ray was able to create a beautiful period milieu.

For me, Gandhi was a big reference point, and then, lots of cinema from Hollywood and Europe as well BBC documentaries and archives.... They became my crucial way of looking at the imagery of creating that world.

Ronnie (Lahiri, producer) and I aren’t the kind who are very extravagant, we don’t believe in very big budgets in creating the worlds in our films. We operate within limited budgets. After watching the trailer, no one has questioned the way I have created the era in Sardar Udham. So I guess I am okay (laughs).

You are not a film-maker who goes over the top, and that’s really been your trademark. However, in a film like this and given the current climate, how tough was it to present the story of a hero and not fall into the Bollywood trap of jingoism and chest-thumping that invariably has become a mainstay of this genre today?

(Laughs) It’s very easy to fall into this trap. It’s there everywhere.... How to detangle myself from it was the challenge. He ate, he walked, he breathed just like all of us. You are right. I had to consciously keep myself away from lending this an over-the-top treatment... from costumes to dialogues to make-up to how I placed the camera. I had to ensure that we didn’t fall into that trap in every minute detail.

You envisaged this film with Irrfan. How difficult was it to reimagine it with Vicky Kaushal?

It wasn’t easy. I always thought of this film with Irrfan and for a while, it seemed impossible without him. You know what Irrfan was and what he could bring to a role. I will be honest, it wasn’t easy at all for me. But, of course, we had to move on and make this film.

I had watched Masaan (Vicky’s debut film), and even the making of that film was so beautiful. That gave me a lot of courage to bring in Vicky Kaushal. The good thing is that Vicky has his roots in Amritsar and had heard a lot of stories of Jallianwala Bagh and Udham. Also, I wanted someone who could play all the ages that the character goes through convincingly. It took a little time to prep him. But once he understood what I wanted, he just plunged into it. He’s also worked with Anurag (Kashyap), he’s seen my films... he understands the nuances of cinema. In the first briefing itself he understood that I am not going to be taking the chest-thumping route. His portrayal had to be more internal... lots of eyes, lots of silences, lots of moments.... Finally, we managed to achieve that. For Vicky, it wasn’t easy to get into Irrfan’s shoes. But I am very satisfied with what he’s done.

Vicky has said that making this film was a ‘meditative process’ for him. Was it also the same for you?

Yes. I gave him a certain kind of music to listen to in order to get into the part. A lot of my inspiration while making this film came from Akira Kurosawa’s The Hunter (Dersu Uzala). The spirituality that I wanted is ingrained in the film in terms of shots and moments and emotions.

Keeping aside the lack of budget and resources, do you think you had the maturity to direct a film like this even a decade ago?

With Gulabo Sitabo and now Sardar Udham, you are a rare film-maker who has had two big releases in the pandemic. How has it been like otherwise?

Ya, you are right...I have had two releases in the last 18 months and both of them are such big films. I didn’t even realise that. I was lucky that we managed to finish the shoot before the lockdown started, and that enabled me to peacefully edit Sardar Udham. While cooking in my kitchen in Calcutta, I would be talking to my editor over the phone (smiles). During conversations with Shantanu (Moitra) about the music, I would be haggling with the vegetable seller and saying, ‘Kacha lonkar ato daam keno?’ (Laughs)

Has any writing happened?

Research happened, but writing didn’t. I had too much household work to take care of! (Laughs)

Which is your favourite Shoojit Sircar film? Tell t2@abp.in