Episode 6 of Marvel’s She Hulk: Attorney at Law is streaming on Disney+ Hotstar 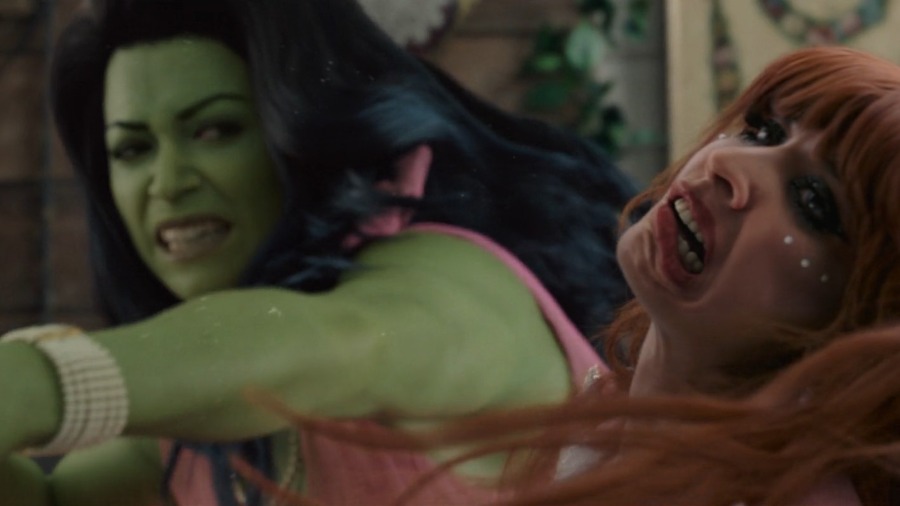 We’re six episodes in on Marvel’s web series She Hulk: Attorney at Law, and it is agonising that the best one so far is the pilot. Given the note on which the show started, the squandered potential sours even the good parts.

The problem evidently lies in the dissonance between Jennifer Walters and She-Hulk. Much like the fictional universe the show is set in, the makers seem to clearly have a preference. They quash the impact of the conflict between a human being and her superhero alter-ego by treating it like a joke, much like the main character. It is very difficult to empathise with Jen’s desire to be seen for herself and not her green exterior, when the show goes out of its way to show her green self as superior in literally every way.

This ‘wedding special’ sees Jen being kicked, bullied and humiliated by everyone at the ceremony, despite being the bridesmaid. You might counter that this harsh treatment is what makes a hero relatable, citing Spider-Man as an example. We agree. We want to root for a hero who has real problems, who is pushed to the very edge but manages to get back up. Unfortunately, it is the show that does most of the pushing, and the tone almost encourages you to laugh at Jen’s misery, making it impossible to take her seriously. (We’re not asking for a cello to play every time Jen takes a beating, but just some empathy.) It doesn’t make it better that the only cool scene in the episode shows She-Hulk wiping the floor with Titania, after the villain belittles her in Jen-form. And while the brawl is truly cheer-worthy, the CGI clearly shows that the studio’s VFX artists are overworked. Honestly, this character is so well written that we still want to root for her. We just want the makers to give us something worth rooting for.

The best part of the show is Nikki (left) and Mallory working with Immortal.
Disney+ Hotstar

The saving grace is the subplot featuring Nikki and Mallory’s tryst with a superpowered guy called Immortal. The case? Immortal has landed himself in a pickle with eight partners after his problems with confrontation lead him to feign death and walk away from situations. The narrative has some hilarious gags and the performances by Ginger Gonzaga and Renée Elise Goldsberry make it one of the best cases we have seen so far.

We can’t deny the disappointment we felt when Daredevil didn’t make an appearance, especially after being teased last week. But the tongue-in-cheek manner of Jen’s fourth wall-breaking actually works, and we’re happy to wait some more. Hopefully, it’ll be worth it.

The problems seem far from over, as a villain problem also persists (Titania is not a threat, please). With three episodes to go, chances of a redemption seem slim. But the potential we saw in the pilot gives us hope. And we sincerely hope that the show manages to prove us wrong.