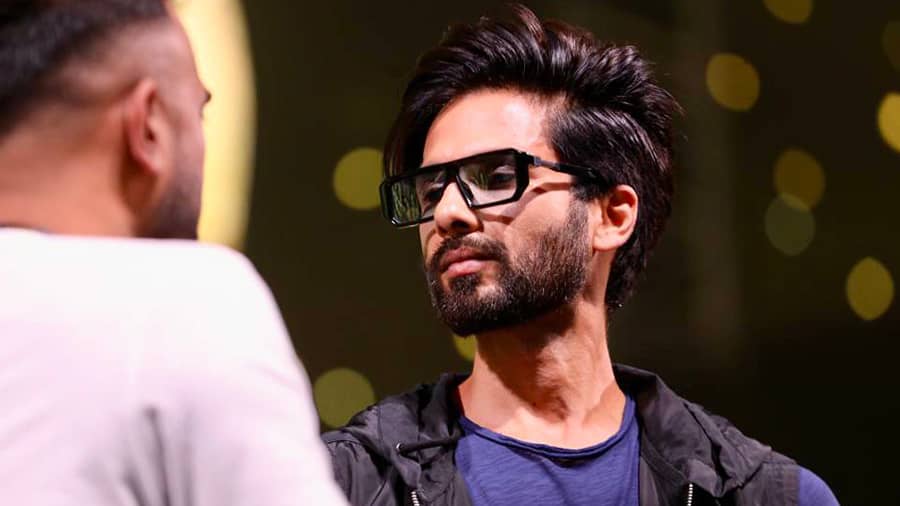 Actor Shahid Kapoor on Thursday said he is excited to present a “special tribute” to legendary composer-singer Bappi Lahiri at the upcoming 22nd edition of the IIFA Weekend and Awards in Abu Dhabi.Kapoor, known for his dancing skills, will be performing at the IIFA Awards on Saturday night.

At the press conference of the three-day extravaganza, which kicked off with a special announcement event on Thursday, the Jersey star told reporters that he’s looking forward to the tribute in the honour of the veteran composer who passed away in February.

“I love performing live. It’s the best connection between an artist and the audience. I won’t be dancing to any of my songs, I’ve not been allowed to perform to any of my songs, (but) I’m doing a special tribute to Bappida and his songs. I’m excited and looking forward to that,” the actor said at the event.

Kapoor will be joining stars such as Tiger Shroff, Kartik Aaryan, Ananya Pandey, Sara Ali Khan, Abhishek Bachchan, Divya Khosla Kumar and Nora Fatehi, who are also set to perform at the ceremony.Kapoor said while people think that dancing for him is easy, he hasn’t performed live on stage in six years.

“I’m excited to be back to live performances, award functions, travelling, meeting friends and colleagues, feeling challenged and excited to be putting my best performance on stage. I’m a little nervous, people think, ‘Oh he dances’ but I actually haven’t danced (live) in six years... My last performance was in IIFA, New York,” he added.

Salman Khan, who will be hosting the awards along with Riteish Deshmukh and Maniesh Paul, said he has had a long relationship with the team of IIFA.

“This time, we have come to Abu Dhabi, with which I have had a long association. I have shot so many films here. I have always enjoyed it here,” the superstar said.