Sayani Gupta on 'Article 15' and what’s keeping her busy 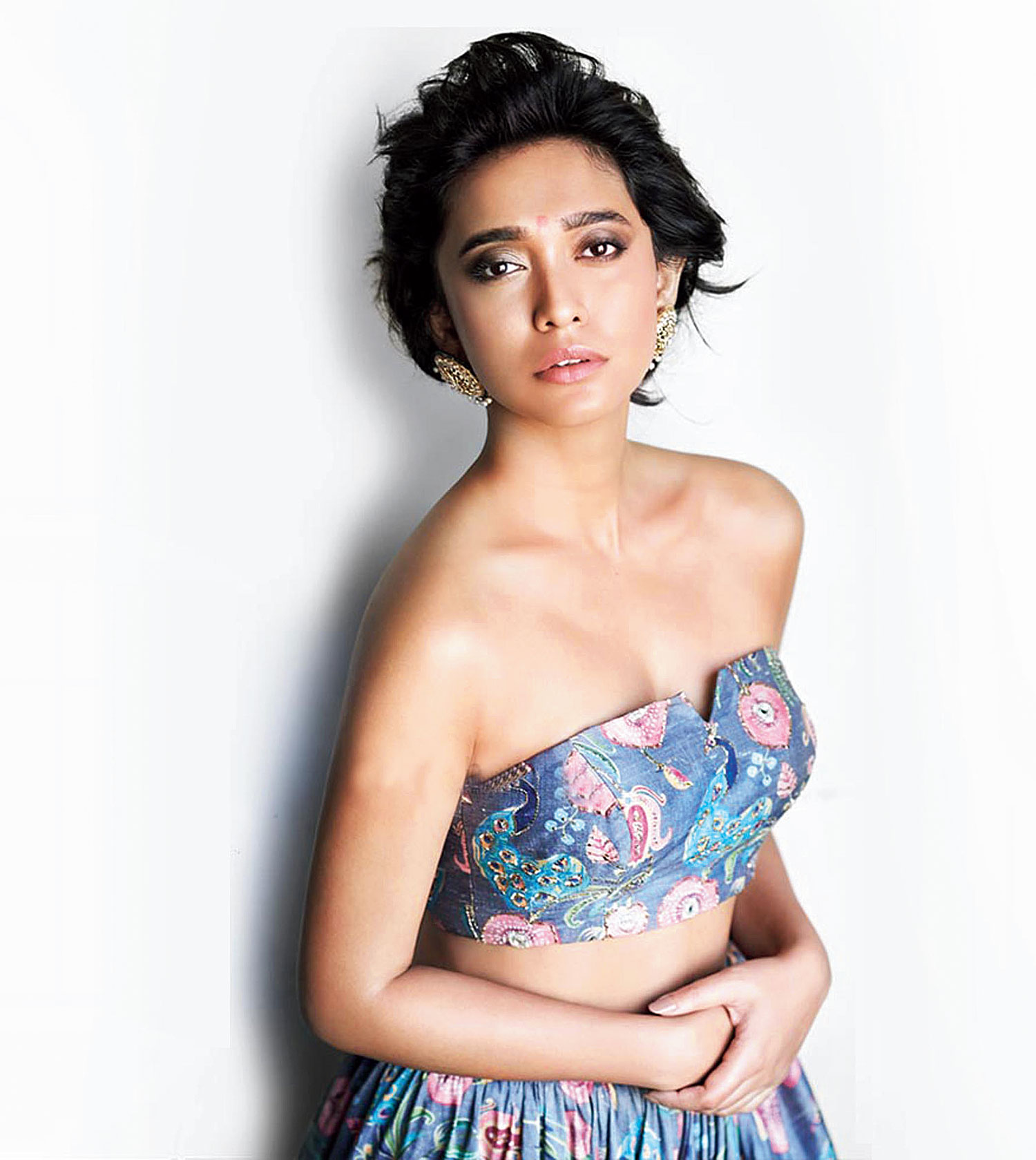 "There are films which are unanimously liked by all but that’s rare and I think Article 15 has turned out to be one of those": Sayani Gupta
(Telegraph picture)
Karishma Upadhyay   |   Published 07.07.19, 01:02 PM

Sayani Gupta shines as Gaura, a young Dalit woman fighting for justice for her younger sister, in Anubhav Sinha’s searing Article 15. The Telegraph caught up with the actress on a day she was shooting for the next season of her web show Four More Shots in the morning and Inside Edge in the second half. Over a long phone call between shots, Sayani spoke about that poignant scene between Gaura and Nishad (played by Mohd Zeeshan Ayyub) in Article 15, Ayushmann Khurrana’s PJs and how she ended up singing in the film.

Congratulations for the film. What kind of reactions have you been getting?

There are films which are unanimously liked by all but that’s rare and I think Article 15 has turned out to be one of those —from all the critics, intellectuals and the urban elite to smaller town people who are actually marginalised and don’t speak in Hindi. Someone called me from Hyderabad saying most of the people in the theatre couldn’t speak Hindi but all were cheering and gave the film a standing ovation. My mother just watched it with a lot of her friends and these are people who don’t watch a lot of films. One of my uncles called me a day later saying it took him time to articulate what he wanted to say because he was so overwhelmed.

The film is striking a chord at a very personal level, one that makes you think and introspect and that’s the kind of reaction one wants when you do a film like this... it’s only a validation.

When this came your way, did you automatically gravitate towards the role?

Yeah, yeah. In fact, Anubhav Sinha wanted to cast me in his previous film that isn’t out yet —it’s a film he made after Mulk. I was unfortunately in Nepal at the time shooting for another film and he couldn’t get through to me because we were trekking for 26 days. By the time I was back, he had cast someone else in that role.

Finally when we met again, he told me about this new film he was starting and the premise of it. It sounded interesting but I couldn’t believe someone was actually attempting it. A Bengali film I was supposed to do didn’t work out so my dates also opened up in March-April and he sent me the script. When I finished reading the script by 3 in the morning, I was crying and smiling at the same time... I was just so overwhelmed. I sent him a long message just saying what I felt and that I would love to support the film in any way possible — I’d even happily be an AD (assistant director) or do continuity on a film like this.

When he told me he wanted me to play Gaura, I felt it was a beautiful part but was a little apprehensive because I was still promoting Four More Shots and looking very different in my daily Instagram posts. I did pull up a clipping from Parched on my phone and he was convinced that I could do it. We did a look-test and the minute I got into the clothes, everyone felt I was Gaura.

Those of us living in urban spaces are mostly shielded from caste discrimination. Have you ever witnessed it or have a sense of what it’s really like?

I don’t have first-hand experience because I grew up in a liberated Bengali household. But growing up, my grandmother, who was a philosopher and writer, often read out a lot of things from which you understand how deeply patriarchal the Brahmanical system was. There was a structure of exploitation that was built by one very small section of the educated upper castes who wanted to reserve all privileges for themselves. So I was aware of it and it was part of my world view.

I have friends who are activists at the ground level with Adivasis and Dalits in Chhatisgarh and Jharkhand. That’s first-hand information about what’s going on in many parts of our country. Even in mainstream newspapers that don’t highlight these issues, you still come across so much caste and religion- based violence. So I may not have faced it but I have always been aware. 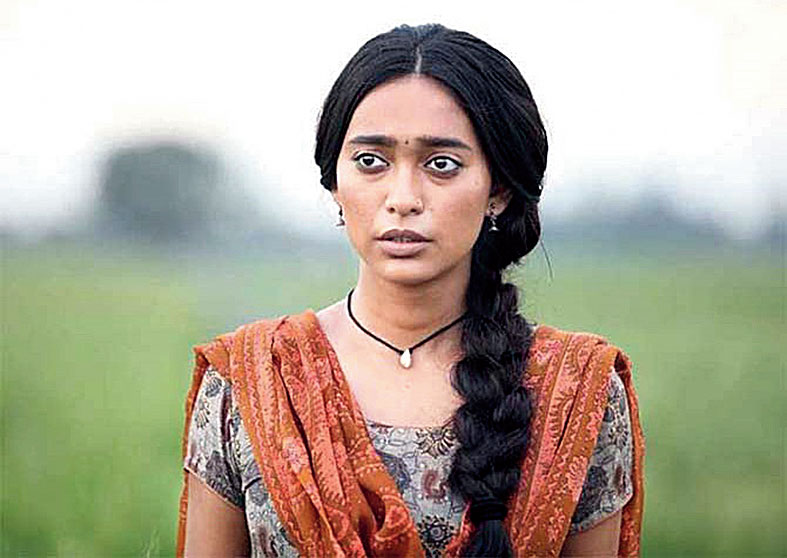 Sayani as Gaura in 'Article 15'
(Still from the movie)

It’s an intense film. Was it intense to shoot it as well?

(Laughs) It was just the opposite. We had the best time shooting this film, and anyone you speak to on set would say the same thing. Ewan Mulligan, who’s the DoP (director of photography), wanted to shoot in golden light, so we’d shoot between 4.30 and 9.30-10 in the mornings. The rest of the day was spent either discussing what to eat or eating. At some point, we’d play some cricket but otherwise, all we did was eat.

There were days when we had a 2.30am call time because we were mostly shooting outside of Lucknow and travelling every day. Even after those 20-hour days, the whole cast and crew still came down and ate dinner together at the hotel buffet. Wherever one person was, that’s where everybody would be. That is something that comes from the head of the team... his or her temperament percolates down. Anubhav Sinha is just a very fun person and likes to put people together and just have a good time, laugh, share, talk about literature, music, art, sher-o-shayari, ghazals. We did everything together and it was such a rich space filled with joyous people.

Ayushmann is someone who entirely fits into the kind of set-up we had because he doesn’t behave like a star. We’d be joking all the time and he’s super fun and one of the most normal people I’ve met in life. He’s exactly the same boy who came from Chandigarh, nothing has changed. He’s very aware, very conscientious and he cracks the worst PJs, which are not funny, but they become funny because he’s so earnest.

They would all keep making fun of me on set about being ‘method’ and these were all very senior actors. I’m generally very quiet on set and rehearse my lines. When I would ask Ayushmann to do lines, he would be ‘Yeah, yeah it’ll happen’. He had these really long lines and would be casual and forgetting his cues during rehearsal but in the takes he was bang on. Other people would make mistakes but he never ever gave a bad take. Most of the shots you see in the film were one-take. Even that long scene between Zeeshan (Mohd Zeeshan Ayyub) and me was one-take.

After that scene, there are online reactions where people are asking for a spin-off film with the two of you...

A very dear friend of mine in London, a British actor, saw the film at the London Indian Film Festival and he sent me a long voice note saying the scene was very poignant and poetic and that he broke down while watching it.

The scene was written in a very different way in the first draft and then it was rewritten a couple of times because people were not convinced. I was freaking out because I thought we hadn’t nailed it in the script. Finally the evening before the day we were to shoot that scene, Zeeshan brought it up with Anubhav Sir. After dinner, Gaurav (Solanki, the film’s co-writer), Zeeshan and I sat in my room and brainstormed for two hours and I came up with an idea that revolved around activists who give up their whole life for the cause. They have time for nothing else in their life... imagine someone like Irom Sharmila. So, how would Nishad feel when he realises that he doesn’t even have a moment to himself with his lover? That idea hit home and Gaurav wrote the scene.

How did you end up singing in the film?

I’ve always been a singer, my father was a musician. I’ve always had a powerful voice and would sing Rabindrasangeet and folk. It was one of those things on my bucket list that I’ve wanted to do. I’d love to do a musical because I’m a dancer and I can sing for myself. In Jagga Jasoos, I was initially supposed to play the narrator and I kept asking Anurag Basu to let me sing and I’d auditioned as a singer. That unfortunately didn’t happen.

When I was reading this script, it started with this girl singing. Even after they told me they were getting someone else to sing, I kept telling Anubhav Sir that I’m singing. Anurag (Saikia, the film’s music director) and Anubhav Sir were walking me to the elevator and I just broke into Aaj jaane ki zid naa karo, which is my go-to song when I want to impress someone. As I was singing, they went absolutely quiet and then you know. After that, they were convinced.

People haven’t seen much of you on the big screen since Jolly LLB 2, but you really have your hands full with web shows...

It’s not only web shows. In November 2017, I started with Kaushiki (a web series on Viu). That entire year, I was only doing short films and travelling the world by myself. I did 17 short films that one year. I shot Four More Shots for the next two months. All of March 2018, I was in Nepal shooting for an indie one-actor film and after that I went to Goa for a month to finish Four More Shots. Then I did a travel show in Cannes for 10 days, followed by a comedy film for SaReGaMa in Delhi and then started shooting for Inside Edge and a British series in Sri Lanka. Then came Article 15 and now I am shooting for Four More Shots 2 and Inside Edge. In the last eight months, I’ve had just about 10 days off!